Manufacturing the future of insurance

Why do new insurance products take so long to hit the market? The gaps can be obvious, the risks well known and the market open, yet insurers will still drag their feet to address the situation. From a broker’s perspective, it can be intensely frustrating to see business walk out the door simply because a product doesn’t exist or can’t be tailored to customer demand.

It’s also a source of frustration for Shaji Sethu, managing director for Asia-Pacific at Duck Creek Technologies. Why let needs in the business community go unaddressed until it might be too late? And what can be done to prevent this from happening in the future?

“Realistically, there are still too many SECTOR FOCUS: TECHNOLOGY obstacles in place,” Sethu says. “The insurance industry as a whole tends to be pretty conservative in its approach – that’s a tough one because it’s so ingrained into the culture. We’ve seen it reflected in the way new technologies and procedures are adopted and the way it informs daily practices.”

Additionally, Sethu believes that data isn’t always being used effectively. “Obviously you want to make sure the market is actually there and that your products are viable from a financial standpoint,” he says. “The datadriven approach we’ve seen in the industry is really positive from a costing and risk assessment standpoint, but surely we could be using it to innovate more directly at a product level as well.”

Sethu believes a great deal of the industry’s conservatism is driven by the high costs and long lead time for new product launches. Insurers are understandably averse to investing time and funds into products that might prove to be non-starters.

“One thing I really want to stress is that we are big believers that insurance is a noble, positive thing,” he says. “Insurance is pivotal in keeping the global economy running – without insurance, you have industries that are incapable of taking risks, and in turn, there isn’t an economy. It often goes overlooked, but it’s a critical part of the global economy.”

Given insurance’s underlying importance, Sethu says it’s critical for insurers to stay competitive and innovative. If there were a way to make either – or preferably both – of these considerations less daunting, Sethu believes the wider market would see a significant shift.

“One of the problems with a conservative industry is that it can be much harder for new businesses to enter it and, in turn, more difficult for anyone to innovate,” he says. “That’s not an optimum place to be, whether that’s companies, brokers or clients.”

A new way of doing things

Sethu likens the current state of the insurance industry to the early stages of the auto industry. In its early days, car manufacturing was something of a cottage industry with a diverse array of models and manufacturers, and most automobiles were custom-built. However, this meant there was also very little standardisation.

“If you had the means, you could get something built precisely to your needs,” Sethu says. “But, conversely, you had the majority of people who were never going to be able to afford to own a car – the custom nature of manufacture meant it was cost-prohibitive.”

From 1908 onwards, though, things changed. That’s the year Henry Ford introduced the Model T, which, thanks to Ford’s efforts to increase the efficiency of the assembly line process, became the first automobile to be both widely available and affordable for the average person.

On its surface, the shift was a net positive, but it wasn’t without its drawbacks, Sethu notes. While the Model T increased accessibility, it did so at the expense of individualised treatment for customers. “You can have any colour you want, as long as it’s black” might have been an apocryphal statement, but Sethu feels that some insurers have inadvertently adopted it as a mantra.

“In order to drive down costs, insurance companies have adopted standardisation and ‘one size fi ts all’ approaches,” Sethu says. “It’s never been easier to fi nd a provider, but that doesn’t necessarily mean that brokers are getting access to products that meet their clients’ needs as e ectively as they could. They’re forced into compromises.”

So how can the insurance industry advance past this point? Sethu once again points to auto manufacturing as a potential source of inspiration.

“Some decades after the Model T, Toyota would eventually introduce a method of car manufacture that we call ‘platform architecture’ today,” Sethu explains. “You design a base platform and then assemble a car from a set of mass-produced parts, thus preserving the cost e ciencies of mass production but retaining the ability to o er a customised product.”

He notes that such an approach also cuts down on the time and expense involved in developing new models; when you’ve got a solid foundation and the facilities in place to confi gure from standard parts, you don’t require such lengthy turnaround times to launch something new.

“I think the analogy is pretty straightforward,” Sethu says. “Bringing that platform architecture framework to the insurance industry is something that has a huge amount of potential. I think we’re starting to see elements of it coming into the market, but I don’t think it’s widespread among enough di erent areas of insurance. There’s still a long way to go.”

At the moment, Sethu believes that brokers are among those who lose out the most as a result of the insurance industry not taking a platform architecture approach.

“Currently, customers show up with very specifi c needs – all of a sudden, brokers are the ones who have to work behind the scenes with multiple insurers and policies to settle it,” he says. “Wouldn’t it be easier to be able to just build the policy with a single insurer by mixing and matching coverages to suit?”

Sethu believes that time to market can be further reduced by adopting software as a service (SaaS) insurance platforms, as having centralised resources can enable a far speedier process. He points to Duck Creek’s OnDemand platform as an example.

“It’s a means of managing policy, billing, claims and insights from one platform,” he says. “Really, technology needs to support a company’s strategy, not dictate it. Accordingly, we work to continuously deliver new functionality so that insurers are better equipped to deal with changes and demands as they arise in the insurance sector.”

Sethu highlights cyber insurance as one space that could use customisable approach, given its still-emerging nature.

“I think there’s a tendency to see cyber insurance as a monolith – people think it’s just something for businesses to look after their data, and it’s mostly a difference in scale of cover,” he says. “Dig a little deeper, though, and it’s not the case at all. The needs of a cyber café are drastically different from the needs of a doctor’s practice. In turn, these are drastically different from the needs of an individual or family. Having said that, it does provide an opportunity to build a base chassis and mix and match coverages with varying options to meet an individual need, similar to a Tesla Model S. With a slight tweak, the same product could then be sold through multiple channels, akin to selecting your own trim on a car.”

These are changes that Sethu believes can lead to the betterment of the industry, but he’s also keenly aware that they can’t occur in a vacuum. Support from all sectors is necessary – and general insurers need to take an integrated approach across business and IT when considering a platform architecture approach.

“Insurers who are looking to innovate need the right tech in place,” Sethu says. “We’re looking forward to helping build the future and supporting such a noble profession.” 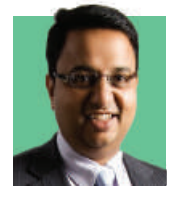 Based out of Duck Creek’s Sydney office, Shaji Sethu started his career as an engineer before quickly transitioning into IT as a developer and then into consulting roles and managing consulting practices within the region. Most recently, Sethu drove sales and delivery of cloud-based platform solutions, managed services and IT transformation consulting for an Australian consulting organisation that was subsequently acquired by a global Japanese telco. In his current role at Duck Creek, Sethu works with clients in Australia and across the APAC region as they grapple with the challenges of modernising their legacy technologies and transitioning to Duck Creek’s innovative SaaS platform.
SHARE
Fetching comments...