Maria Parry’s ascension to CEO of Austcover was the result of great mentors, positive work culture and sheer hard work

When Maria Parry first joined Austcover in 1987, it was a fledging firm that had been founded only a few months earlier. Starting as the office junior, handling admin and “making the teas” of other staff members, Parry quickly felt the lure of the insurance industry. In 1989, she started her insurance qualifications at TAFE and achieved her Certificate in General Insurance in 1992 – her first qualification of many to come.

Parry has remained with Austcover ever since, quite literally working her way to the top. The decade she spent in training and compliance ranks among her favourite experiences with the company – “I love compliance, but no one else does,” she laughs – but she was destined for greater things.

After serving as general manager from 2012 to 2016 and having held the mantle of CEO for almost two years, Parry is uniquely qualified to speak about the past, present and future state of the insurance industry.

“The world itself has changed since I started with Austcover,” Parry says. “Obviously there was no social media; we still used typewriters and communicated by mail and fax. You would type an office memo, you would prepare it, send it, and it would take days for people to read it, initial it and return it back to your desk. Business was often done on the back of coasters in the pub.”

“The industry is always changing because it needs to stay relevant to consumer needs … Given the rapid rate of change over the last 30 years, it will be fascinating to see what occurs over the next 30 years”

Today, the increased use of computers and the rise of the internet have not only drastically increased the speed of business, but also enabled far greater finesse. Product shifts and updates have also occurred out of necessity. Of particular note is cyber insurance, which has increasingly come to the fore as businesses begin to grapple with the realities of data management and protection.

“The industry is always changing because it needs to stay relevant to consumer needs,” Parry says. “In 2018 there’s cyber, there’s digital disruption, there’s all those things … and given the rapid rate of change over the last 30 years, it will be fascinating to see what occurs over the next 30 years.”

In spite of the constant change surrounding the industry, Parry has fought hard to preserve and develop the positive culture Austcover has built. It’s one of her top priorities, so recruitment is carried out with the intention of finding people that fit the existing culture and whose personal values align with Austcover’s.

“Culture is dynamic,” she says. “It represents what brings people together, as well as what drives them apart – so maintaining a strong culture takes time and commitment. I’ve simply tried to build on the culture that Austcover already had.”

The organisation is also deliberately structured to allow for progression, providing employees with an environment where they can build a career. An important facet of that is an emphasis on professional development.

“You can’t simply move into a top job anymore – it requires a balance of education, professional training and experience,” Parry says. “Ideally, we like to get people in young to educate them, train them and network them from an early stage of their careers.” 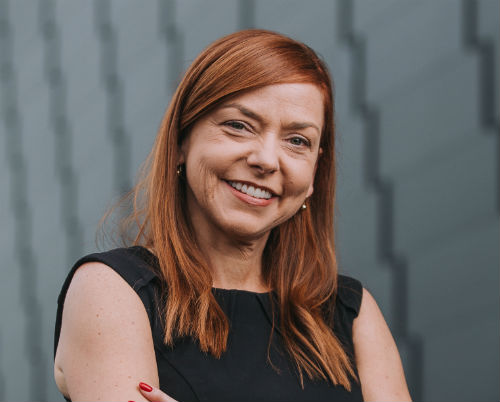 This emphasis on ongoing training and education is far more than lip service. In a rapidly changing industry, it’s essential for insurance providers to remain on the cutting edge to ensure that customers are getting the very best service. Parry sees it as an integral part of career development, drawing an analogy to the medical industry, where doctors must continually upskill and retrain to provide their patients with the best possible care.

“We’re here to protect our clients,” she says. “So if we don’t know what’s going on in their world or their industry, it’s di­fficult to do our job.”

In terms of her own development, there are three criteria that Parry views as having been crucial: building e‑ ective client relationships, being highly organized and having the right mentors. From an early stage of their employment, Austcover staff are encouraged to get out from behind their desks and build relationships – not just with clients, but also with service providers and co-workers.

“It’s very rare that people get promoted just for doing their job,” Parry says. “You need to be noticed, and good old-fashioned hard work pays off”

Organisation is also crucial; being able to deliver above and beyond promised results isn’t possible without a solid organisational base. But above all, mentorship is particularly close to Parry’s heart – she sees it as a means to enable better interplay across generations in the workplace, allowing younger staff to benefit from a senior staff member’s knowledge and o­ffice clout. Parry believes mentorship has been invaluable to her own long-term success in the industry, which culminated in her winning the Australian Broker of the Year Award at the Insurance Business Awards earlier this year.

Now acting as a mentor herself, she advises anyone who takes their insurance career seriously to seek one out. “I would highly recommend that you source a mentor at any stage of your career, whether you’re just starting out or in a senior position,” Parry says. “Mentors provide information and knowledge, they stimulate personal and professional growth, they offer encouragement, and they can also provide advice on areas where improvement is needed.”

Looking ahead to the future of Austcover, Parry is open about the organisation’s desire for growth and expansion. With two successful acquisitions in recent years, Austcover has already established itself as a formidable force in the Australian insurance industry. Yet Parry emphasises that growth will never come at a cost to the culture Austcover has developed. “We don’t just want growth,” she says.