"We should brace ourselves," warns risk expert

The likes of Michael Hill Jewellers and TJ Handcrafted have been the unfortunate targets of a spate of smash-and-grabs in Auckland, and here security specialist Chris Kumeroa (pictured) warns of further instances of crime such as theft from retail premises.

“As living costs increase (food, fuel, rent, etc.) across the country and people become desperate – not just the highly deprived, elderly, possibly those not making the breadline – we should brace ourselves for more retail theft in the short to long term,” Kumeroa, managing director and risk advisory head at GRC (Global Risk Consulting) Group, told Insurance Business.

“People are likely to move to survival mode and may breach the law to get what they want, through crime.”

TJ Handcrafted, for instance, has been a victim three times since 2021. The most recent case, which took place earlier this month, involved hammers and lots and lots of broken glass.

“This is not the first time; in the past I’ve had guns in my head,” lamented shop owner Thabet Haddadin in a TV interview with AM. “It’s becoming so easy, and people are doing it every day or every second day… I traded gold and diamonds in Johannesburg for five years, and I’ve never ever experienced something like that. We’re talking about Johannesburg, where they have a very high crime rate.”

The Botany Town Centre merchant, who was also robbed in January and April 2021, said he just doesn’t feel safe anymore. His loss estimate for the latest incident is somewhere between $300,000 and $400,000. Details of his insurance coverage have not been disclosed.

According to the crime snapshot portal of the New Zealand Police, there were 497 reported victimisations of robbery in Auckland in the first six months of 2022; for burglary there were 9,710; and theft, more than 28,200.

In one of the SecIntel SITREPs, it was noted that the hike in the ‘other crime’ category was mainly attributed to increases in incidents involving theft from retail premises, illegal use of motor vehicles, as well as theft of motor vehicle parts or contents. 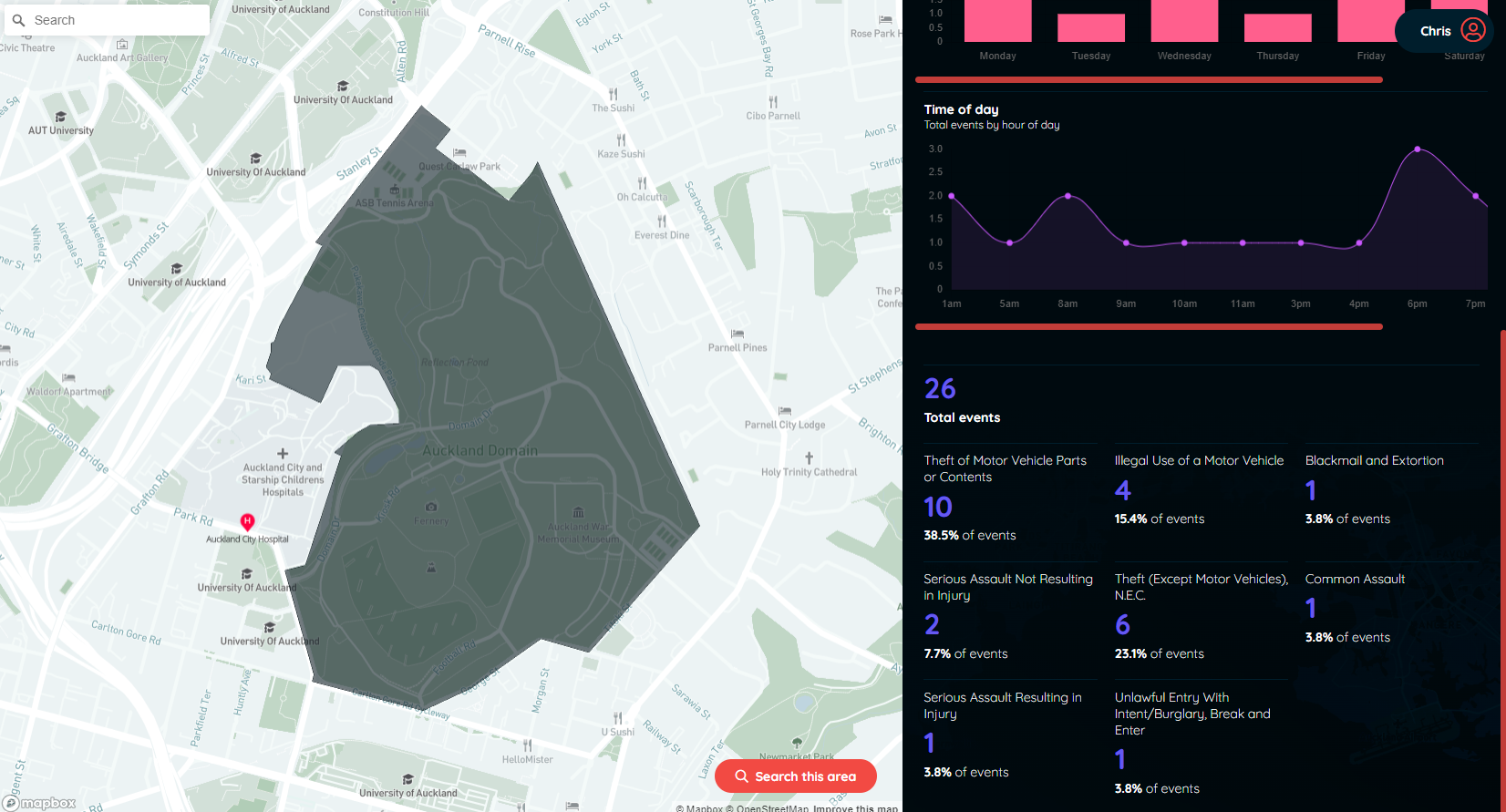 Screenshot from the SecIntel platform

“We have around 1.5 million crime data sets within the National Security Intelligence System that can help visualise through data areas of the country that are more prone to crime than others and the types of crime that occur,” Kumeroa, a board member of RiskNZ, told Insurance Business.

“This system not only profiles where crime occurs, but gives you dates, time of day, frequency of events, and the crime types that occur in an area of interest.”

From an insurance perspective, the former New Zealand Special Forces soldier believes having the information on hand helps in mitigating the threats.

Kumeroa asserted: “What this type of local / regional / national crime reporting does is establish crime profiles across a geographical space (business locations, towns, cities, etc.) that helps create the degree of exposure to crime (frequency of crime events and severity of crime events) and who might be vulnerable and susceptible to certain [types] of crime.

“This risk profiling then forms the base for security mitigation and controls, i.e. where to deploy assets (CCTV / guards / physical barriers, etc.) to help manage the risk or to displace the crime.”

Owners like Haddadin, meanwhile, are doing their best to enhance store security while hoping for an end to the crimes.