Outgoing EQC chief speaks out amid questions from ex-councillor

It’s Sid Miller’s (pictured above) final week at the helm of the Earthquake Commission (EQC), and here the outgoing chief lifts the lid on what’s been happening at the New Zealand Crown entity amid questions from former Christchurch City Councillor Ali Jones (pictured below).

In a recent interview with Insurance Business, Jones called for visibility and transparency for the benefit of claimants – whose voice, in her view, has somehow been lost after the work of EQC’s now defunct Claimant Reference Group (CRG) was wrapped up in late 2020.

Formed in October 2018, the CRG consisted of claimant advocates who provided feedback and advice on the Commission’s claims management processes, with a focus on Canterbury claimants.

The ex-councillor was referring to the wider group that was set up to offer perspectives and expertise across a range of sectors and help establish strong links between the community and EQC. It is the NRG’s remit to provide representative community input into EQC’s work.

“Where is the NRG at,” asked Jones, who was concerned that the move could have been a step back to ‘square one’. “Has this new organisation got to the point that the CRG did, and where are they in progressing the issues? I can’t see any visibility on that.” 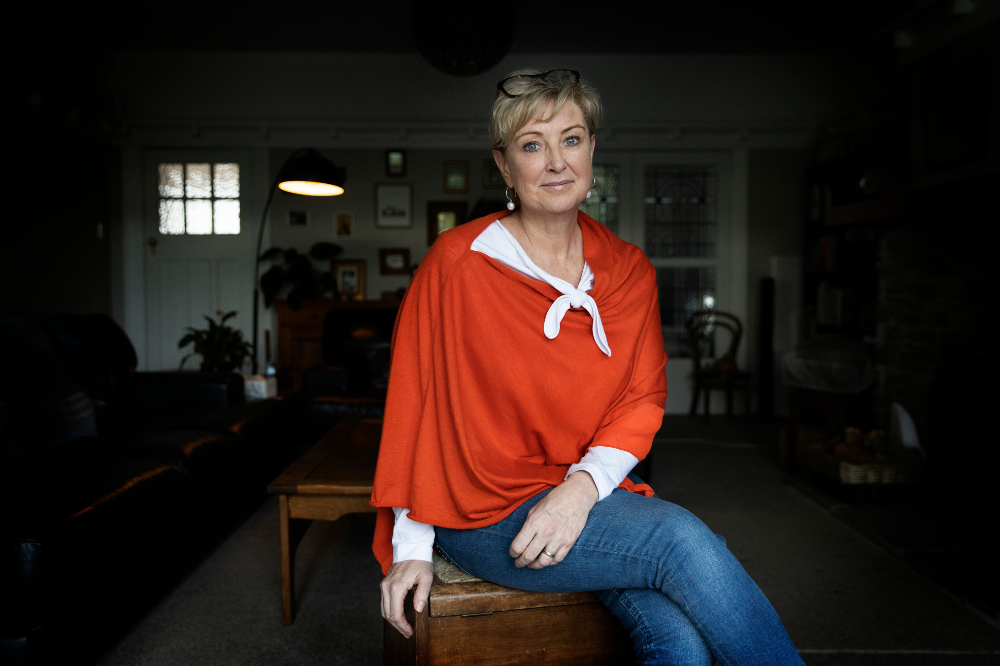 In response, Miller explained the transition and progress that had taken place in relation to the CRG.

The EQC chief executive, who will be succeeded by current chief strategy officer Tina Mitchell on January 17, said the CRG was instrumental in the development of several workstreams spanning enhanced staff training, greater flexibility for resolving claims, improved engineering assessment processes, and the establishment of the so-called on-sold programme.

“Nearly all of the 150 action points put forward to EQC by the CRG were agreed as completed at the time of the disestablishment of the CRG,” Miller told Insurance Business. “Seven items were considered as ongoing and handed to the Homeowner Advisory Group (HOAG), which is part of the Greater Christchurch Claims Resolution Service for ongoing monitoring.

“The interests of Canterbury claimants will continue to be heard and advocated for through the HOAG, which EQC reports to and meets with regularly.”

The CEO went on to note: “HOAG meets the needs of homeowners by monitoring issues and opportunities, providing feedback and advice to EQC on unresolved Canterbury claims, and includes six of the seven former CRG members, bolstering EQC’s confidence that claimants’ perspectives and interests will continue to be represented in Canterbury.”

Miller added that the NRG, which was established at the recommendation of the Public Inquiry into the Earthquake Commission by Dame Silvia Cartwright, acts as a “network of networks” representing the views of the community wherever an event may occur. Its membership spans senior representatives from consumer, iwi and ethnic communities, and emergency management.

“The membership also includes two former members of the CRG to maintain a claimant voice at the table,” highlighted the EQC boss, referring to HOAG chair Tom McBrearty and Linda Ngata. “The NRG is responsible for supporting EQC to be better prepared for future natural disasters and is not involved in monitoring outstanding CRG issues as this is the role of the HOAG.”

Insurance Business understands that the NRG has been meeting since last June, coinciding with the rollout of EQC’s new Natural Disaster Response Model (NDRM). Under the NDRM, private insurers manage claims on EQC’s behalf.

Meanwhile, among the issues that Jones continues to raise is that of quality assurance, the lack of which, she believes, is the root of repair failures at the Commission.

She stated: “Whereas I appreciate EQC is making a lot of effort, and there have been changes, where’s the quality assurance system? Where is the reviewing and analysis of the consultants they use, of the assessors they use, of the training they use – where is all of that and the visibility of that?”

To answer this, Miller pointed to the NDRM, which he said includes a robust quality assurance system that provides EQC with a strong oversight and ability to actively monitor and manage insurer partners’ performance.

“The system follows the standard ‘three lines of defence’ assurance structure, which is international best practice,” elaborated Miller. “The first line of defence is robust training and policy to prevent issues before they occur.

“The second line creates oversight through quality assurance review activities, data analytics, management monitoring, and management reporting activities. The third line of defence is independent assurance through internal and external audits of the insurers’ performance, as well as other independent reviews and certifications.”

In EQC’s view, this triple layer of assurance ensures it can deliver the Commission’s statutory, contractual, and quality obligations to the New Zealand public.

The chief executive went on to say: “In relation to training for our insurer partners and contractors, EQC has developed clear guidance and training support – in partnership with insurers – to manage EQCover claims effectively. Part of this guidance details the insurance assessment process for natural disaster damage under the EQC Act.

Miller, who said few government agencies have the levels of oversight like EQC does, also stressed that the Commission is accountable to its own board, Hon Dr David Clark (the Minister responsible for EQC), and the Office of the Auditor General.

A decade on, meanwhile, the Commission is working “very hard” to resolve all reopened claims from the Canterbury earthquakes.

Miller declared: “EQC is proud of the incredible progress the organisation has made in recent years to improve its customer outcomes, by learning from its shortcomings in the early years after the Canterbury earthquakes and listening to the valuable feedback from the CRG and the Public Inquiry.

“We have acknowledged and apologised for our shortcomings and the stress this has caused for many of our customers in the past decade. Our staff [have a] single-minded focus of completing all Canterbury claims and especially any historical claims as soon as possible.”

“It is important to note that all original claims have been resolved,” continued the CEO, “and EQC is now dealing with reopened claims due to unsatisfactory repairs or previously missed earthquake damage, and EQC only has around 90 claims left that have been open for more than 12 months, down from around 740 two years ago.”

Another focus, according to Miller, has been on providing better pathways for customers to avoid any litigation.

“We are pleased that currently only 25 claims remain in a disputes process, compared to 800 only two years ago,” he said. “The total number of remaining claims has been reduced from around 1,800 a year ago to 820 last month, but as claims are still reopened each month, it is difficult to predict when EQC will close out all claims.

As for Jones, the claimant advocate believes transparency and visibility will be key, and she described information sharing as something “really powerful,” particularly for claimants.

Jones told Insurance Business: “For everyone to have an understanding of what claimants should do is great for everyone. We need to work together so that if and when the next event happens, we’re not scrambling and going, ‘Why the hell did we not learn from our mistakes all those years ago?’ That would just be a terrible waste and a tragedy.”