In 2019 DAS UK announced an exclusive partnership with property technology firm, Goodlord, which offered customers of Goodlord the opportunity to benefit from a unique automated claims process that has been incorporated into its platform as part of its new rent and legal protection offering. Mickey Attia (pictured above), head of new business at DAS UK and Oli Sherlock (pictured below), head of insurance at Goodlord, recently spoke with Insurance Business to discuss the general outlook of the landlord insurance sector and to provide some key insights into the key threats facing this sector.

Since The Economist pronounced the buy to let boom over in 2018, Attia said, it has been an uncertain period for the UK’s residential landlords, with the private rental sector being something of a political football at both local and national level.

“Landlords are under more pressure than they’ve ever been - changes to stamp duty and tax relief have made it more expensive to be a landlord,” Sherlock said, “while new regulations have made it more difficult for independent landlords to keep managing on their own.

“There has been a host of new legislation proposed, some of it implemented and more planned,” Attia said. “This has increased the compliance burden on landlords, many of whom were simply looking for a safe place to put their cash while interest rates remained low.”

Many of these landlords turn to letting agents who can play a valuable role in helping keep landlords compliant and tenants safe and happy, he said, but 2019’s flagship piece of legislation the Tenant Fees Act placed great strain on the cashflow of those agents. Research from Goodlord suggests that a third (31%) of lettings agents have lost from 10-20% of their revenue. While a minority (10%) suggested they had lost more than 30%.

“So, margins are under pressure,” Attia said. “But there is still money to be made, so the private rental sector is here to stay. Property remains largely unaffordable for a great number of people, meaning more people renting for longer, so the need to get the balance between positive regulation and costs is more important than ever.” 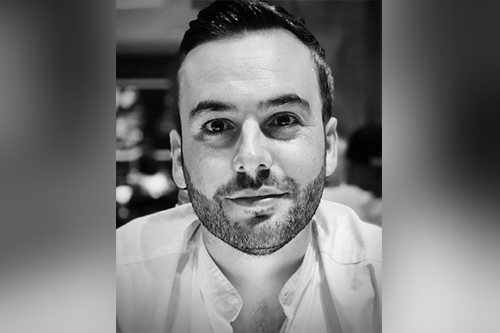 “Margins are tighter, which means the impact of unpaid rent or damage to their property can have a huge impact on the continued profitability of their investment,” Sherlock added. “It’s crucial, then, that landlords are making sure that their investment is properly covered against any risk.”

How can insurers help?
“The insurance industry needs to do more to help landlords with legal risk management,” Attia said. “With the law changing so rapidly in this area, being a landlord has become an exercise in keeping your audit trail up to date, and research indicates that many do-it yourself landlords are currently ill-equipped.”

This is where the partnership between DAS and Goodlord can help, he said, outlining how the recent relaunch of DAS’s online legal support services aids landlords in keeping up to date on the law, issue effective tenancy agreements, collect E-signatures and maintain their paper trail.

“Our legal advisors are on hand to assist landlords with any query on the law,” Attia stated. “This is a layer of protection that’s sorely needed, and has simply been missing from the market until now.”

The insurance industry has a long-established track record of helping commercial customers with risk management, Attia said. This often comes in the form of physical inspections, guides and checklists, he outlined, and typically has a focus around preventing the property and casualty risks that are at the heart of most general insurance products. This prevention mind-set is as real a need for residential landlords as it is for employers, as a health as safety violation can quickly turn an investment into a headache, he said, and this is particularly relevant where inexperienced “accidental landlords” are involved.

“The industry can improve how they help landlords with legal risk management,” he said. “With the law changing so rapidly in this area, being a landlord has rapidly become an exercise in keeping your audit trail up to date and many do-it yourself landlords are ill equipped.”

Key threats facing the sector
Front of mind for all landlords is keeping their property occupied, according to Attia, as “Void” periods - the gap between tenancies - can quickly impact their cash-flow. But what can be worse, he said, is dealing with the impact of a tenant who stops paying rent. In this situation, landlords are often forced to take action to recover their properties through the courts, something that is an increasingly complex and costly process. Without a dedicated Landlord Legal Expenses Insurance policy, Attia detailed, it’s one that the landlord will be left to navigate alone.

“The eviction process is getting more and more complex,” he said. “Courts will regularly reject requests to return a property to a landlord if they cannot evidence that all of their documentation such as energy performance certificates, gas safety certificates and licences were up to date and were provided to the tenant when they signed their tenancy agreement. And the s.21 notice (non-fault eviction) used by many landlords to start the process looks set to be removed by proposed legislation creating a tougher burden of proof on landlords.”

Attia’s advice for landlords is that they should check with their insurer, broker or agent whether they should have legal expenses cover and they should periodically check that their paperwork for their properties is fully up to date as gaps in their records can lead to difficulties if they do have to make claims.