The UK is currently in the grip of the most severe avian influenza outbreak to hit the country. Thousands of birds have died and many more will likely die naturally or need to be culled before the end of winter. Lorraine Mills (pictured above), underwriting manager at AXA XL, Yvonne Aplin (pictured below), agricultural adjuster and Jane Hunter (pictured furthest below), agricultural technical head, at Crawford & Company, discuss the risk management steps that farms can take to reduce the risk to their flocks and ensure that any claims can be dealt with swiftly.

As the UK population continues to grapple with the effects of the COVID-19 pandemic, another disease outbreak is causing risk challenges and claims for the UK’s poultry industry. An outbreak of highly pathogenic avian influenza (HPAI) H5N1 has already resulted in the deaths of many thousands of birds in the UK– current estimates put the figure at more than 500,000. The Government’s Animal and Plant Health Agency (APHA) says it has recorded more cases than in any previous outbreak of avian influenza in the UK.

Much like human flu, avian flu is seasonal, with cases typically recorded during the winter months. In the UK, this frequently coincides with the time that migratory birds have arrived on our shores – and transmission between wild birds and domestic flocks is a major factor in the disease’s spread.

While the first cases of avian flu typically would be recorded in the late autumn, with the peak coming some time between December and February. The UK’s first confirmed case of H5N1 in this outbreak was recorded at the end of October 2021.  Since then, more than 80 cases have been reported across the UK.

H5N1 is deadly for birds but is rarely transmitted to humans – although it can result in severe illness if this takes place. During this current outbreak, one person in the UK contracted the virus. While he is not severely unwell, his domestic ducks sadly had to be destroyed.

Many thousands of migratory birds have sadly perished during the current outbreak. The latest population counts show that the size of the breeding population of migratory Svalbard geese in the UK has dropped to 27,133 from 43,703 in November.

The Royal Society for the Protection of Birds has called for a ban on shooting as a way to curb the spread of the virus; while migratory geese are protected and not subject to hunting, it is believed that shoots can frighten other birds into the air, moving them to different locations where they might come into contact with domestic flocks, for example. 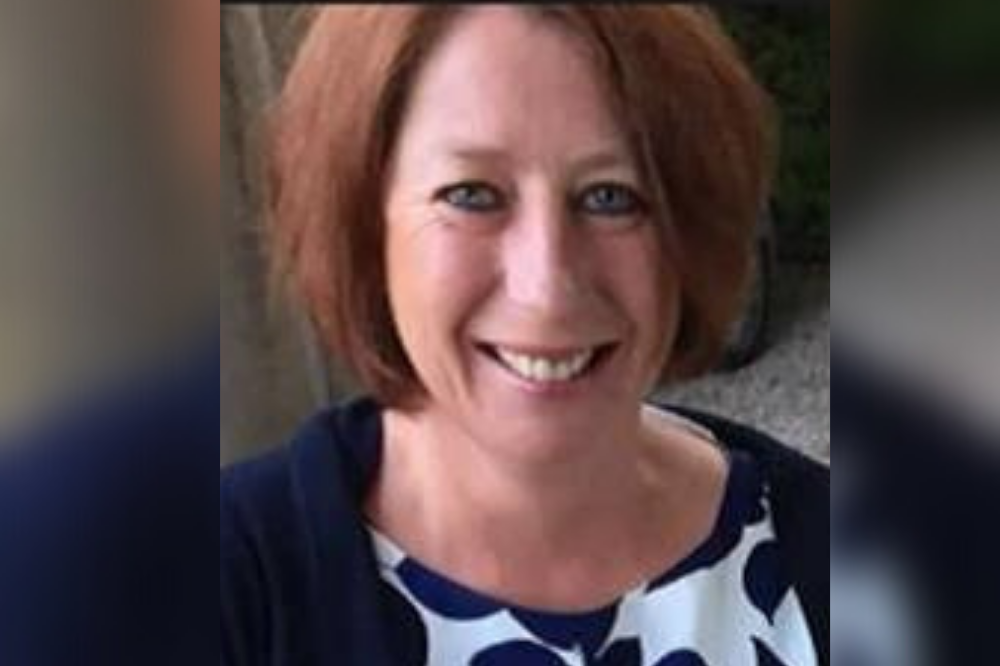 In early November 2021, the UK government’s Department for Food & Rural Affairs (Defra) announced an Avian Influenza Protection Zone (AIPZ). This was then extended to include housing measures making it a legal requirement for all bird keepers across the UK to keep birds indoors.

Defra imposes disease control zones around premises where avian influenza is suspected or confirmed in poultry or other captive birds.

Within these zones, restrictions on the movement of poultry, or materials associated with keeping poultry apply. These protection zones stretch to three kilometres surrounding an infected property, with 10-kilometre-wide surveillance zones also in place. Birds at infected farms are required to be humanely culled.

Within the three-kilometre protection zones, several restrictions apply and strict biosecurity measures must be adhered to. Carcasses of dead birds must be disposed of in accordance with instructions from a veterinary inspector, and poultry and other captive birds, as well as mammals such as pigs, cattle and sheep, must not be moved from the premises. Strict records must be kept of individuals entering and exiting the farm, among other measures.

Several of these measures also apply to premises within a 10-kilometre zone. Poultry meat, litter, eggs and other livestock must not be moved from premises within these zones, except under licence.

Where cases of the less severe, low pathogenic avian influenza (LPAI) are found in poultry, a smaller one-kilometre zone is put in place. 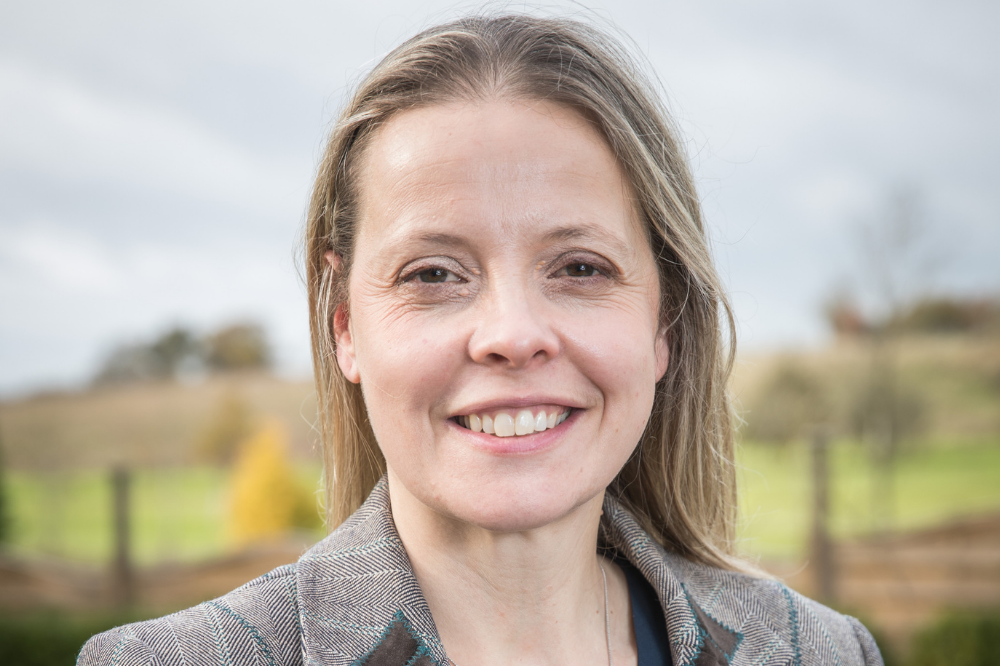 There are steps that farmers and keepers of birds can take to try to protect their flocks from avian flu. Biosecurity measures are hugely important to help curb the spread of the disease.

The AIPZ in England means that farmers must house their flocks and net areas such as ponds to keep commercial flocks separated from wild birds which may be carrying the virus.  Before and after contact with captive birds, clothing, footwear and vehicles should be thoroughly disinfected – where possible, disposable clothing should be worn.

Farmers should also reduce the movement of people, vehicles and equipment to and from areas where captive birds are kept, to minimise the risk of contamination from products such as manure or slurry. Areas where birds are kept should be made inaccessible, or unattractive, to wild birds and vermin. For example, feed and water should only be accessible to the captive flock.

According to the British Poultry Council (BPC), biosecurity measures are not just rules – they are part of the culture of keeping birds.

The BPC has urged poultry keepers to ensure their records are up-to-date and has also outlined five key points that farmers should keep in mind to help prevent future disease. Those are:

All bird keepers in the UK are advised to check with Defra for detailed requirements and to ask any questions where further information is required.

Impact and next steps

Poultry farming is big business in the UK and outbreaks such as this can hit the industry hard. The UK produces some 11.2 billion eggs each year and, in 2019, the UK production of poultry and poultry meat totalled more than £2.65 billion. About 3,000 companies in the UK are engaged in the business of raising poultry and about 1.7 million tonnes of chicken meat were produced in the UK in 2020, making it the second most profitable form of farming in the UK after dairy.

For farmers whose birds fall victim to the virus or who are required to cull birds there is an obvious economic impact until their flocks can be restocked. And even when birds do not have to be culled, avian flu outbreaks can have an economic impact on poultry farms. For example, currently all birds are required to be housed indoors, which affects the status of eggs and meat produced.  Eggs can be sold as free range for 16 weeks after birds are housed before they are downgraded to barn eggs, which potentially command a lower price. Similarly, poultry meat can be labelled as free range for 12 weeks after housing.

Farmers are taking extra measures to protect their birds and government agencies are tracking the virus both in domestic flocks and in wild birds. The Animal & Plant Health Agency is asking for reports of three or more dead birds from so-called target species – those most likely to be at risk of infection, namely ducks, geese, swans, gulls and raptors – to be able to map the progress of the virus across the UK.

Meanwhile, some farmers have begun to make claims on their insurance policies after losing birds to H5N1. Those claims can be managed swiftly and effectively where good records have been kept, and we urge farmers to make sure their record keeping is up to date in terms of the numbers of birds and mortalities. Accurate records will help loss adjusters to process any claims swiftly.

This may turn out to be, as the APHA has stated, the worst ever outbreak of avian flu on British shores. While many thousands of birds have been lost, responsible farmers are taking all steps possible to try to stem the spread of this deadly virus. Time will tell how bad this outbreak has been, but as underwriters and claims handlers we, like farmers across the UK, will be sure to learn the lessons of this outbreak.