Women should pay more for insurance because ‘maybe they’re hypochondriacs’

Women typically pay more for healthcare services not because of maternity care, needed medical prescriptions, or high diagnoses of chronic illnesses—it's because they're hypochondriacs.

"Women go to the doctor much more than men. Maybe they're smarter or maybe they're hypochondriacs," Stossel said during a Thursday appearance on the network's Fox and Friends. "They live longer. Who knows? But if it's insurance, you ought to be able to charge people who use the services more, more."

Stossel continued to tell host Steve Doocy that insurance companies were completely justified in charging women more than 30% more for the same health coverage as men, and the passage of the Patient Protection and Affordable Care Act—which outlawed the practice—"just kills the market." 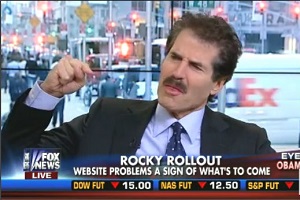 "This mandating all this stuff it has to cover just takes away consumer choice," he said. "The competition of the market is the only thing that makes things better."

Stossel and Doocy continued to rail against what they perceive as other mandates in the ACA, including “women pay[ing] for men’s Viagra" and people "in [their] 60s...pay[ing] for your maternity coverage."