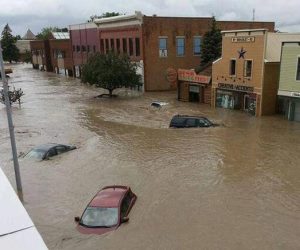 Alberta’s broker association is now joining a growing chorus of brokers across the country asking for overland flood coverage in Canada.

Brokers are publicly applauding insurance companies for paying for Calgary flood claims by “finding coverage” in the sewer backup policies of their clients, but they are concerned about what that may mean for rates over the long term. They say a separate coverage should be available for overland flood insurance.

“Canada is one of three industrialized nations that doesn’t provide flood cover,” said Gord Enders, president of the Insurance Brokers Association of Alberta (IBAA), adding that overland flood coverage is available on an optional basis for commercial policies. “We need to look at overland flooding as a separate coverage on its own, within a wording group that everyone pays for. It’s a mandatory type of coverage.”

Insurers and brokers in the country still don’t know how the product could be made profitable. Many say overland flood is not viable because only a small risk pool of people with homes in flood plains are affected by overland flood catastrophes. Therefore, the pool of premiums collected would be too small – and hence, too expensive – for the product to be profitable.

But brokers and insurers have seen a sharp increase of flood damage over the past decade, making the risk of flood damage more common for a larger group of policyholders.

Enders pointed out the irony of homeowner policies not covering increasingly common overland flood catastrophes, but covering much more obscure risks. “If you look at it, falling debris from an aircraft is covered under your homeowner’s insurance,” he said. “Well, what kind of risk is that? It’s pretty minimal, when you take a look at it.”

It’s a hot topic right now for Calgary brokers, whose clients are looking at insured flood damages that some estimate could reach up to $2 billion.

How could insured damages get so high when overland flood is not covered under any basic Canadian homeowner’s policy?

Brokers say insurance companies in Calgary are “stepping up to the plate,” by “finding coverage” in homeowners’ sewer backup policies.

While overland flood coverage is not available in Canada, flood coverage for sewer backup is available. The end result is that insurers are looking for any and all signs of sewer backup, so that they can pay for the claims in Calgary’s recent catastrophe, local brokers say.

“Initially, when this [flooding] came through, I would have said, ‘Nope, it’s not covered, because the sewer backup is the result of the [overland] flood,’” said one broker, who did not give a name. “However, the insurance companies, in my opinion, are bending, because they want to find the coverage. They want to keep a good spirit with the rest of the community.”

It may seem like a technical debate, but it touches directly on rate adequacy. If insurance companies are paying for claims that are in fact connected to overland flood, which is not covered, they are not charging adequate premiums to cover the sewer backup claims, brokers say.
“So you know what’s going to happen?” said one broker. “We are going to see some big rate increases, I just know it.”

She added it’s also possible that insurance companies may strengthen the wording of their sewer backup policies in light of the recent catastrophe in Calgary.