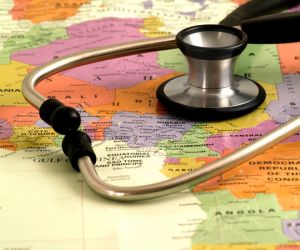 Canadians might be more likely to buy travel insurance if the product was less finicky about handling pre-existing medical conditions, brokers say.
In particular, brokers point to “stability clauses” in travel insurance contracts. These clauses void coverage if medication doses deviate during a period specified in the policy, including 90-day stability periods and 180-day stability periods.
Example of the language in one such contract says a medical condition is “stable” if, among other things, an insured has not:
• received any new medical treatments,
• had a change in medical treatments,
• been prescribed any new medications, or
• “had an alteration in a prescribed medication.”
Evelyn Harris of Levitt Insurance Brokers Ltd. said consumers need to be made aware of these kinds of conditions voiding their policy – and this in turn will affect whether or not they buy the coverage.
“People don’t buy travel insurance because if you’ve upped your Aspirin in the past six months, the insurers are not going to cover [the trip],” she said.
Harris said the stability clauses are based on an assumption that any change in medication – including taking an insured off mediation – is evidence of a health risk.
But if a person who suffers a heart attack has had his or her medication reduced, that may indicate better health rather than poorer health. “That change in medication means they should be able to buy more insurance, not less,” she said.
Pre-existing conditions may more of an issue for seniors – Canadian ‘snowbirds’ who travel to Florida during the winter, for example.
“People may be on blood-pressure pills or cholesterol, or what have you,” said Scott Fraser of Brokerforce Insurance. “If you are stable for a period of time, depending on your age, then they will still insure those conditions. It’s very important for a broker to explain all of that so that people don’t go off with a false sense of security that they have the coverage, but really they don’t.”
Fraser said he found other aspects of travel insurance are much more streamlined. For example, “most travel insurance products give insureds $5 million of coverage for hospital and doctors,” he said.
Julie Barker-Merz, vice president and chief operating officer of BMO Insurance, said medical care abroad can be daunting without adequate travel medical insurance.
“For example, a broken leg in the United States can cost up to US$20,000, an air ambulance from Florida to Ontario US$15,000 and treatment for decompression sickness in Thailand up to US$40,000,” she said. “Even within Canada, Canadians may not be covered for all required medical attention when travelling to another province.”
BMO Insurance conducted a survey in May 2013 that shows only half of Canadians regularly purchase travel insurance before leaving on a trip. The numbers vary by province: Residents of Quebec are most likely to purchase it (62%), while Atlantic Canadians are least likely to purchase it (38%).
In other provinces, regular purchasers of travel insurance break down as follows: Ontario (44%), Prairies (45%), Alberta (46%) and B.C. (51%).
SHARE
Fetching comments...