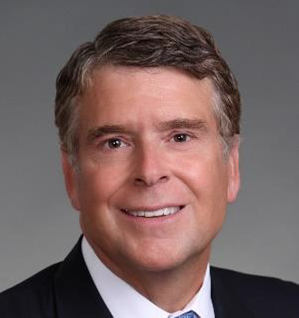 The hard property insurance market is weighing on insureds across the world, with Marsh reporting that average pricing for commercial property risks increased 30% in Q4 of 2019. Within this space, the middle market commercial real estate space – which includes the office and industrial retail sector as opposed to multifamily and habitational real estate – is especially challenged.

“When we look at a middle market commercial real estate firm, 70% of their total cost of risk (that’s insurance premium costs as well as loss costs within the deductible) are in the property sector where they’re insuring their physical assets against catastrophic events like hurricanes and earthquakes as well as floods, fires and attritional losses,” said Jeffrey Alpaugh (pictured), Marsh’s global real estate practice leader.

Weather-related events and climate change are driving a re-evaluation of historical underwriting as reinsurers look at improving profitability. In turn, some are withdrawing capacity or trying to increase rates in order to meet their profit goals.

“Natural catastrophe losses in the US, [such as] Hurricane Dorian, as well as globally in Japan with Typhoon Faxai as well as Hagibis have caused capital contraction within the reinsurance market,” Alpaugh told Insurance Business. “One of the things we’ve seen is alternative capital has become a lot more conservative, creating a reduction in supply in their downstream insurance offerings.”

Last year also saw rises in prices while measurable increases arrived on January 01 of this year, when many insurance companies tend to buy reinsurance on a treaty basis for the upcoming 12 months. That set the tone for the commercial property marketplace going in 2020.

As if that weren’t enough, insurance mergers and acquisitions have also contributed to some of the capacity reductions, when two insurers have merged and instead of having two lines of available capacity, they may end up having only one line available. Meanwhile, insurers are facing their own pressures in the marketplace that trickle down to the middle market commercial space.

Some insurers are requiring much more information on insureds’ loss prevention measures and loss data, and scrutinising that as part of their risk selection process. When it comes to commercial property accounts, they’re asking real estate firms about what types of loss prevention practices they have in place, and are only betting on the accounts with the best risk outlooks.

At the same time, the middle market space is already at a disadvantage because commercial real estate firms don’t have the buying clout of some of the larger companies within their sector to demand specific pricing terms and conditions as well as coverage enhancements. With demographic shifts pushing more commercial property developments into high-hazard areas that tend to be exposed to natural catastrophes, such as coastlines, the threat of CAT losses is high for these firms.

Relief in this hard market might not be right around the corner. Marsh’s Q4 commercial insurance pricing report revealed that this quarter was the ninth consecutive quarter of average price increases and composite pricing increased in all geographic regions for the fifth straight quarter. While the 2019 catastrophic losses were in line with historical averages and carriers are reporting improvements in their financial performances, how much of an impact this will have down the road for pricing in commercial insurance more broadly and property insurance specifically has yet to be determined.

“Overall in 2020, insurance companies have increased growth goals, [and it] remains to be seen as far as [whether] they expand supply of capacity to some extent, if the pricing hits a level where they see it as attractive,” said Alpaugh.