How much are insurers spending for world’s costliest natural disasters? 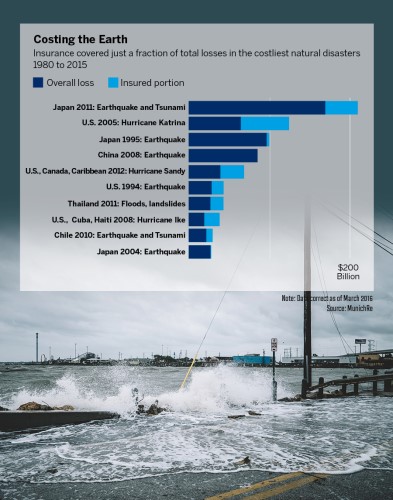