JLT reveals the cost of injuries for the Premier League

by Terry Gangcuangco 24 Jul 2017
SHARE
A study by insurance broker JLT Specialty has revealed that Premier League clubs paid injured players a total of £177 million during the 2016/17 season.

A report by The Telegraph said Manchester City incurred the biggest cost among the Premier League clubs – at £18.3 million for 30 injuries. Champions Chelsea had 21 injuries, costing the team £6.63 million in salaries. 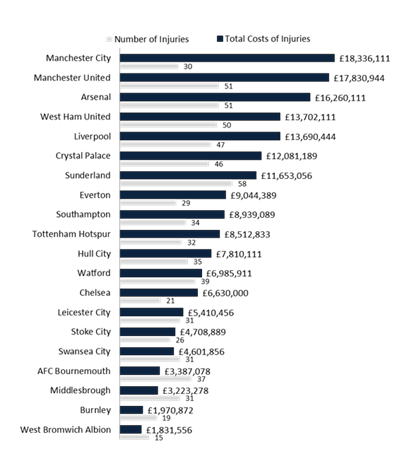 There were a total of 713 injuries in the 2016/17 season, with knee injuries accounting for £50 million of the costs. Compared to the preceding season, clubs paid £20 million more.