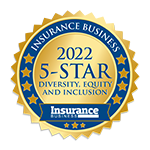 While they differ in many ways, Australia and New Zealand share a common zeal for supporting diversity, equity, and inclusion (DEI) in their cultures and among their citizens. Both advocate equality for women. Both respect and honour Aboriginal inhabitants. Both speak English but encourage communication in native and immigrant languages. Both are 50% Christian but celebrate a myriad of religions. Both are supportive of their LGBTQIA+ communities. Finally, both have outstanding amenities for people with disabilities.

Naturally, DEI is reflected in the insurance companies in these countries. To determine the extent of DEI’s impact on the industry, Insurance Business invited insurers to submit their relevant initiatives, and then interviewed employees from contender organizations. Seventeen progressive companies ranked high enough to garner 5-Star DEI awards this year.

“Many Australians are naturally more accepting and open because they are essentially part of that diverse group themselves”
Tim Jarman, Crawford & Company 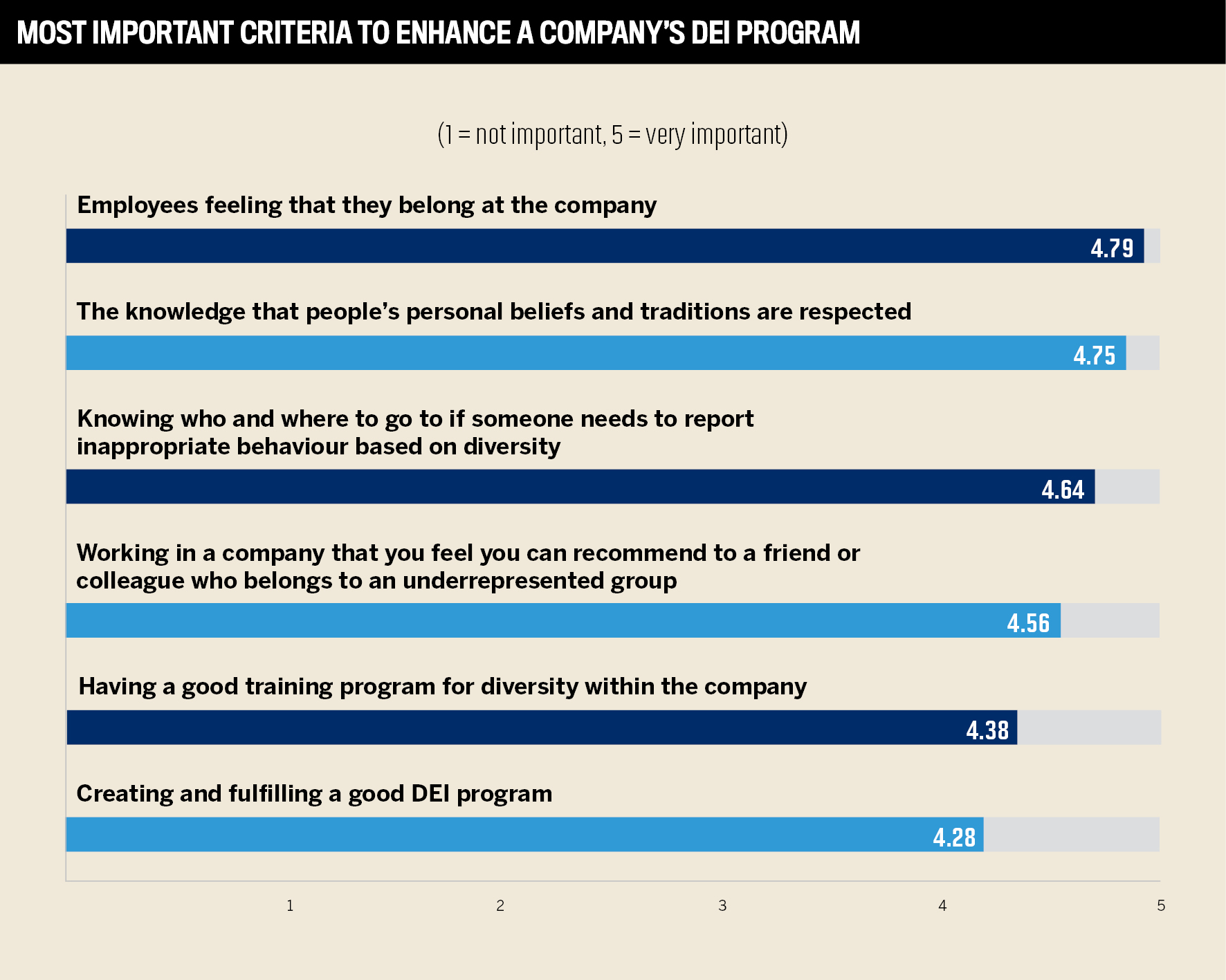 Unique features of DEI in Australia and NZ

A winner, Tim Jarman, the president of Crawford & Company, immigrated to Australia from England over 20 years ago. Considering Australia’s history as a remote British territory, he considers his new country a “migrant nation.”

“Many Australians are naturally more accepting and open because they are essentially part of that diverse group themselves,” says Jarman.

Recently, he says, DEI meant gender diversity, which recently culminated in the election of a record number of women to the Australian parliament, as well as a First Nations female Minister for Indigenous Australians.

Another winner, Neal Mullen, the managing director of property and casualty reinsurance operations for Australia and New Zealand at General Reinsurance Australia, says the two countries differ from other regions because they have a good appreciation of the power of acknowledgement.

“For example, our New Zealand branch uses the email sign off ‘Nga Mihi’ from the Māori language,” says Mullen. “These things become conversation starters in a global business where someone not familiar with this topic expecting an English greeting asks a question and learns something new.”

Businesses are finding new ways to think and talk about diversity more openly, says Anita Lane, co-owner and director of Solution Underwriting Agency. At this winning company, half of the leadership team is female.

“Good leaders are taking steps to articulate how identity, values and culture affect experiences in the workplace every day and understanding the dynamics of how DEI impacts their business strategy,” says Lane.

“There is still always room for improvement with businesses needing to shift their mindset, behaviours, and practices towards a more equitable and inclusive work environment. I also believe businesses are acknowledging that new skills, and even roles, are required to enable equity and inclusion in the workplace much more than ever before in Australia.”

Meanwhile, Mullen says that over the past few years, DEI for General Reinsurance in Australia, New Zealand, and globally has become an imperative, a business norm. “My belief is that this is a cultural trait,” he says. “Australia and New Zealand promote their multiculturalism as an advantage on a global scale and this cascades to our local teams who seek to share the stories of their multicultural experience with their colleagues internationally.”

What’s more, he says, rather than a hindrance, the COVID-19 pandemic has been helpful to the DEI movement. “We all went through an experience that was not anticipated and caused a number of people to rethink a great deal about their lives and where their work fitted into that,” says Mullen. “No two peoples’ experience were the same.”

“Australia and New Zealand promote their multiculturalism as an advantage on a global scale and this cascades to our local teams who seek to share the stories of their multicultural experience with their colleagues internationally”
Neal Mullen, General Reinsurance Australia 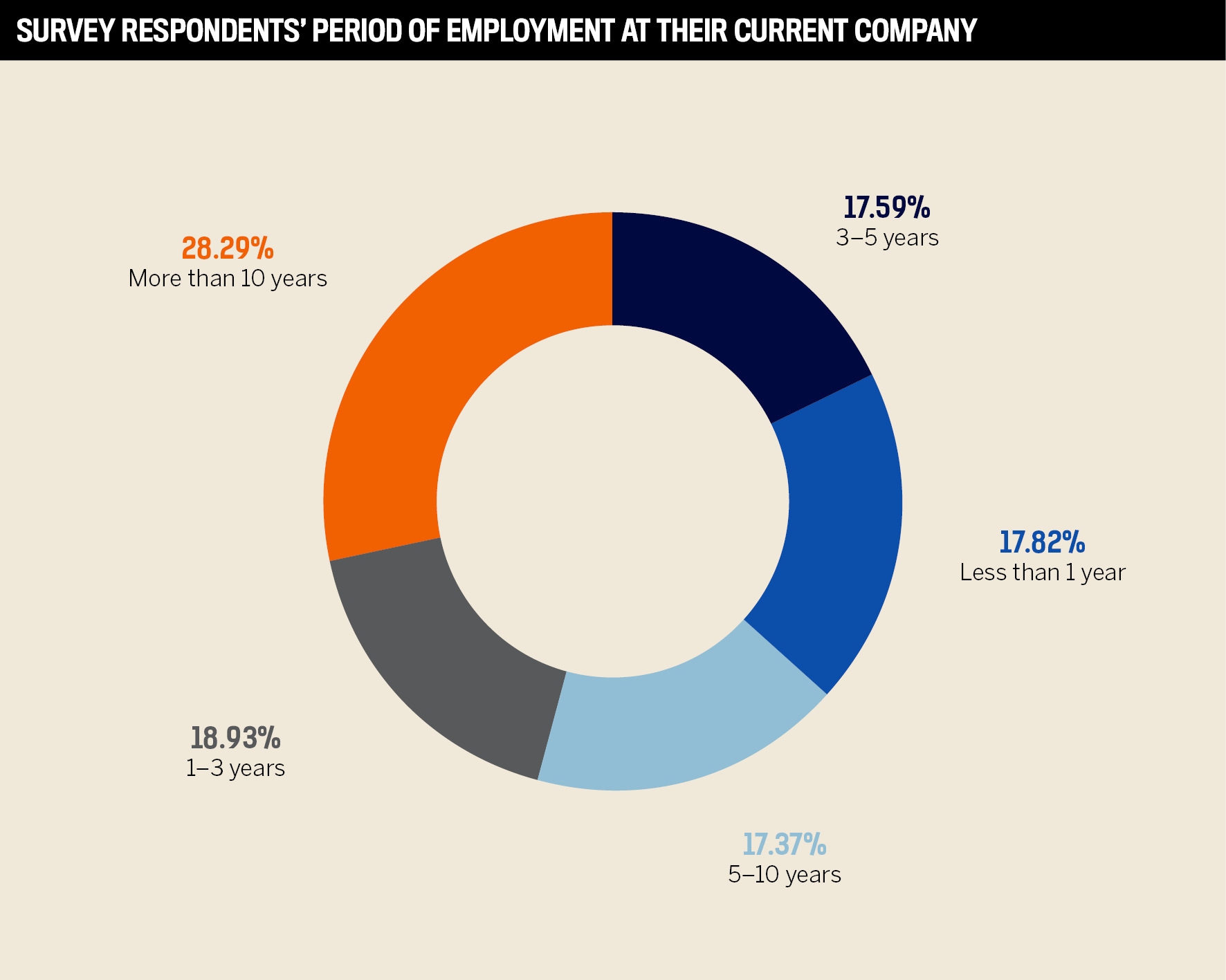 What works and what needs work

At Solution Underwriting, the team believes the “big three Cs” work well, says Lane. First is communication – ensuring that communication and feedback channels are strong and open and encouraging everyone to have a voice. Second is collaboration – creating and maintaining an environment safe for teamwork. Third is community – fostering a work family where people can share their backgrounds, cultures and experiences while understanding each person’s individual journey.

What about things that could be improved upon? “As our business continues to grow and widen its geographical spread, we aim to continually improve and work on changing the conversation,” says Lane. "We will continue to boost mentoring and coaching within our leadership team, understanding that change cannot be expected within a business if it is not also reflected at the top.”

Meanwhile, Crawford has three Cs of its own: consciousness, capability, and culture. “The consciousness pillar is about promoting an environment for candid conversations to eliminate bias,” says Jarman. “One of the things we run is mandatory unconscious bias training with our people… Under the culture pillar, Crawford has a number of employee-driven groups, and I’ll give you two examples. We have ZEAL, which stands for zealous, empowered, authentic leaders, and that’s a group that promotes the professional growth and empowerment of women in the workplace. There is also PRIDE, which supports LGBTQ+ employees, and that group conducts educational sessions and advocates for more inclusive policies at Crawford.”

These initiatives have resulted in significant improvements at Crawford, such that 83% of employees say senior leadership supports DE&I, 85% of employees say they have not faced bias due to their identity, women occupy 50% of country president roles, women represent 25% of executive level employees, and women account for 32% of the senior-level workforce.

What about things that could be improved upon? Jarman says DEI is one of those areas where it is never “job done, mission accomplished”. For example, he thinks Crawford and other businesses can do more to support reconciliation with members of First Nations in Australia.

For General Reinsurance, among the initiatives that work are inherent bias training, global town halls with DEI themes, and employee resource groups (ERGs), such as Multicultural Professionals and Allies. Of what doesn’t work so well, Mullen says sometimes the DEI meetings are recordings because of the time-zone differences. Furthermore, the company could organise a DEI induction meeting for new employees and set up an ERG focused on the countries’ pre-colonial histories.

“Good leaders are taking steps to articulate how identity, values and culture affect experiences in the workplace every day and understanding the dynamics of how DEI impacts their business strategy”
Anita Lane, Solution Underwriting Agency

More insights from the survey

While the three winners’ statements align well with what the majority of interviewees said on the survey, there were some contrarian voices.

An anonymous survey participant noted that acquiring insurance knowledge is more important than any DEI initiative. The logic being that, regardless of background, if a new employee focuses on developing excellence in the industry, nothing can hold them back from advancing in their career. Similarly, another participant said there has been too much focus on DEI and companies should just hire the best people.

Some participants commented on the shallowness of focusing on external characteristics in advancing certain groups and not advocating enough for diversity of thought. Other persons commented on the lack of resources and attention for immigrants, older employees, neurodiverse individuals, and remote workers.

AXA XL is proud to be sponsoring this year’s 5-Star Diversity, Equity, and Inclusion report.

DEI for us is not just the right thing to do, but also a business imperative. We are committed to building a workplace that works for everyone – one in which all employees are treated with dignity and respect and where individual differences are encouraged and valued.

A diverse workforce helps our company effectively understand and meet distinct market and client needs globally and locally. It also drives innovation and, ultimately, improves our organisation for our teams, our company, and our clients.

Beyond our company, we believe that driving improvements in DEI across our industry is critical to its future and necessary to support our clients, attract diverse talent, and continue to move the world forward.

We hope you find this report impactful and we look forward to continuing the conversation. 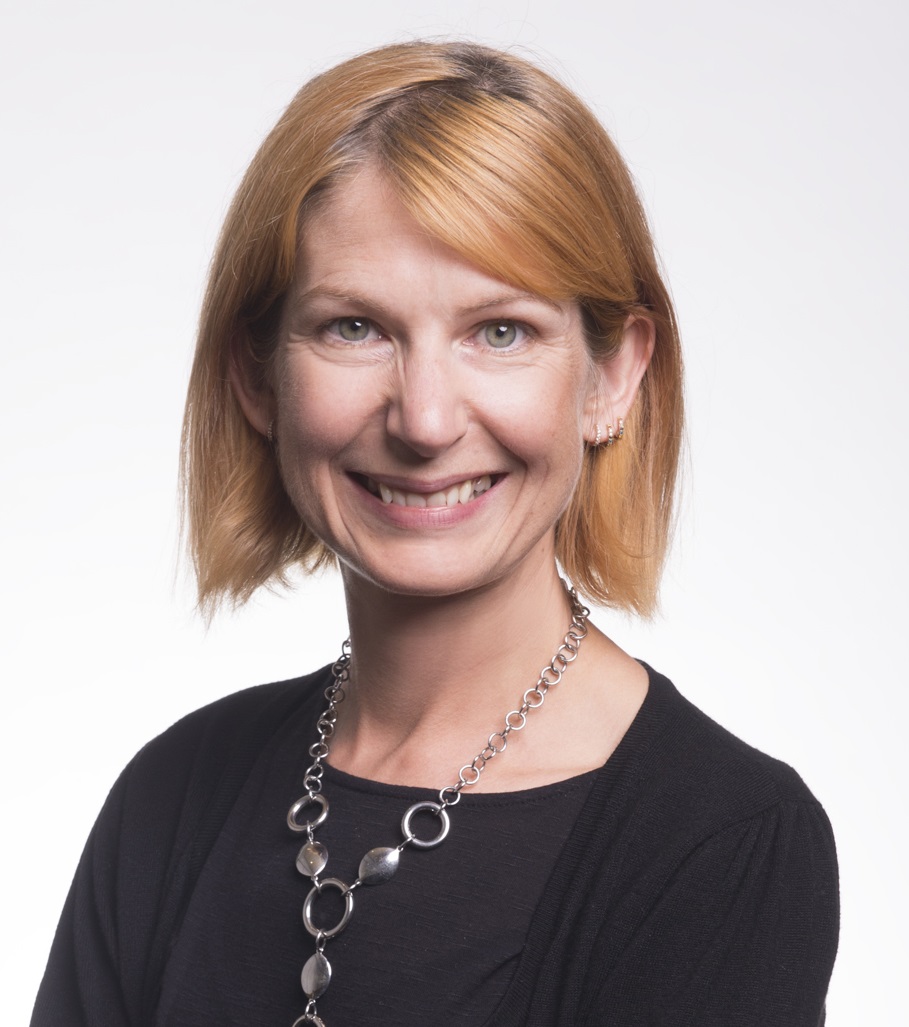 To determine the insurance companies with the most effective DEI programs, the Insurance Business research team first invited firms to share the initiatives they have focused on over the past 12 months. During a 15-week process, the team conducted one-on-one interviews with DEI professionals to gain a keen understanding of the industry standards and find out which companies have met or exceeded these expectations. After receiving nominations for DEI initiatives, the team reached out to the companies’ employees to gauge the effectiveness of these programs. The companies that scored 4 or higher on a scale of 1 to 5 were recognised for having 5-Star DEI programs.

36.5% of survey respondents believe they are from a diverse/underrepresented group

9 winners are in the 1–99 company size category