McLardy McShane : Everything you need to know

McLardy McShane – Everything you need to know 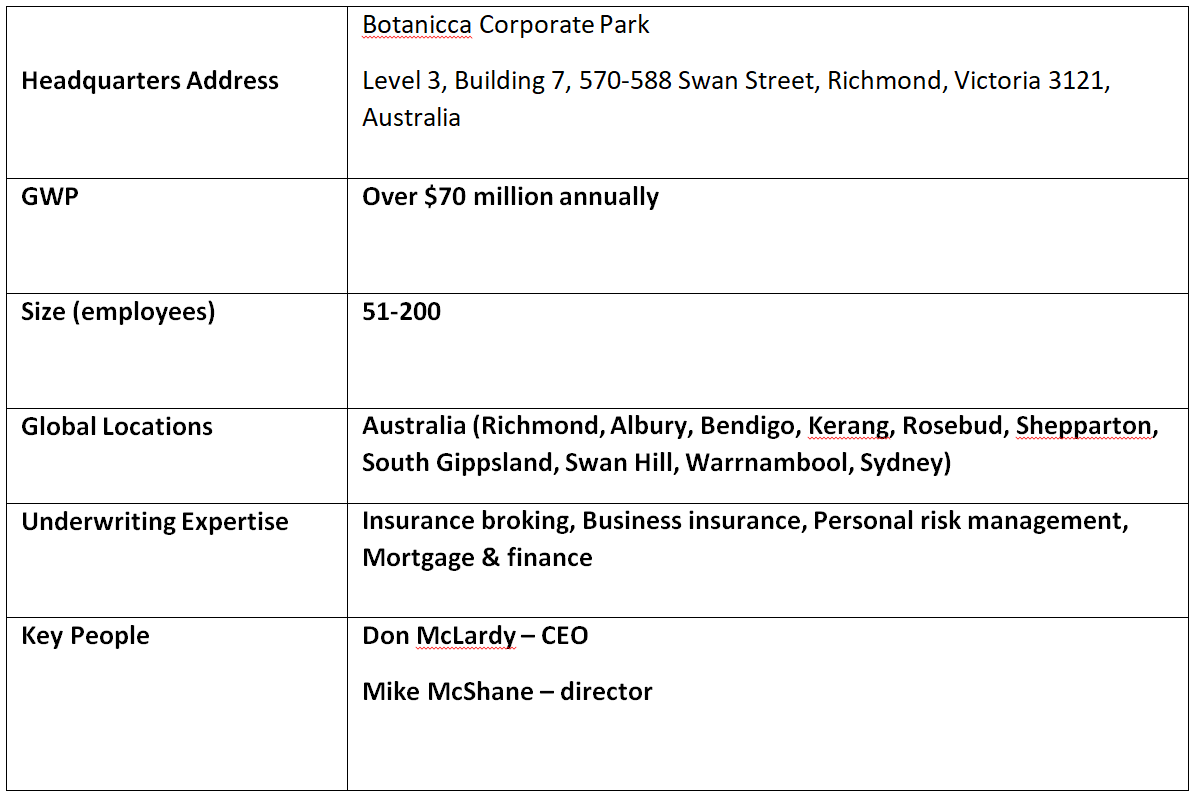 McLardy McShane makes sure that its branches are at least 50% owned and operated by locals that work with and alongside the community to uplift the standard of living.

McLardy McShane & Associates was formed in 2007, when close friends and business associates Don McLardy and Mike McShane decided to bring together their insurance broking businesses. Over the years, McLardy and McShane grew to become one of the foremost insurance brokerages in Australia, with over $70 million in premium income.

Initially, McLardy McShane was part of Insurance Advisernet, but later left to pursue its own path, focusing on a more regional business model, centring in Victoria and NSW. According to McLardy, the company focuses on building regional branches, while cooperating closely with locals to make sure the community investment is authentic.

The company is now part of the Steadfast group, one of the largest broking networks in Australia.

In 2014, McLardy McShane added Melbourne-based brokerage Capital Mutual as an authorised representative. That same year, it acquired family-run McIntyre Insurance Agency in Victoria as part of its expansion plans. The company ranked seventh in Insurance Business’s list of top brokerages for 2014.

The company continued to grow, with the opening of its Warrnambool office in its home region of Victoria in 2016. Michael Locket was appointed to run the office, which is a joint venture with Ludeman Real Estate.

In 2018, McLardy McShane was recognized at the Insurance Business Awards, winning its first plum as JAVLN Brokerage of the Year (20+ Staff).

McLardy is a veteran in Australian insurance broking, having begun his career at OAMPS Limited in 1979. He held various roles in the company, highest of which was managing director of Australian operations. In 1996, he left to start his own company, Don McLardy & Associates. In 2007, he merged his business with Mike McShane’s to create McLardy McShane and served as its first managing director. He holds a Diploma in Financial Services (Broking) and is also a Qualified Practising Insurance Broker (QPIB). Outside of the company, McLardy was a former board member and president of Melbourne Football Club, serving until 2013.

Immediately after finishing his schooling, McShane joined the insurance industry with Sun Alliance. He has worked in almost all aspects of the industry, from general broking, to claims, financial services, as well as for the national industry association, NIBA. In 1999, McShane founded McShane Business Services, which would become one of the main components of McLardy McShane in 2007. While knowledgeable in all areas of business insurance, McShane named the mobile plant, cranes, and earthmoving industries as his main specialty.

As a brokerage that works extensively with local communities, McLardy McShane is active in several community causes. It has raised over $2.6 million for charitable efforts as part of its mission to help improve Australians’ physical and social well-being.

McLardy McShane has supported the Reach Foundation, a for-purpose organisation for young people, helping them achieve social and emotional well-being through workshops and other skill-building activities. This stems from Don McLardy’s long-standing friendship with the late Jim Stynes, one of Reach’s co-founders. McLardy was chairman of the organization’s board until 2014, while McShane is a current board member. The annual McLardy McShane Reach Christmas Lunch is attended by numerous members of the insurance industry and consistently raises funds for the foundation.

The company also supports Fight MND, a not-for-profit foundation that seeks to raise awareness for Motor Neurone Disease (MND). It aims to achieve greater funding for research towards a cure for the disease. Every year, McLardy McShane hosts a charity golf event to raise funds for the organisation. In its most recent golf day at Portsea GC, McLardy McShane struck a hole in one, gathering $105,000 in donations for Fight MND.

McLardy McShane : In the news