A climate of risk

Climate change and cybersecurity aren’t new risks, but they are becoming more urgent

For the third year in a row, climate change and cybersecurity have topped the list of the world’s biggest emerging risks – but the margin by which these two categories were singled out in AXA’s annual Emerging Risks Survey has almost doubled over the last year, 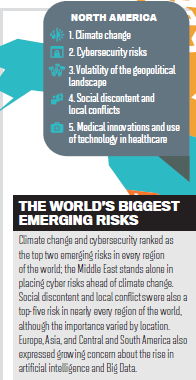 indicating the urgency with which both risks are regarded.

Sixty-three per cent of the professionals surveyed named climate change among their five biggest emerging risks, up from 39% in 2017. Meanwhile, 54% of respondents put cybersecurity in the top five, up from 34% the previous year. Rounding out the list of the top five most critical emerging risks were volatility of the geopolitical landscape, natural resources management and social discontent. 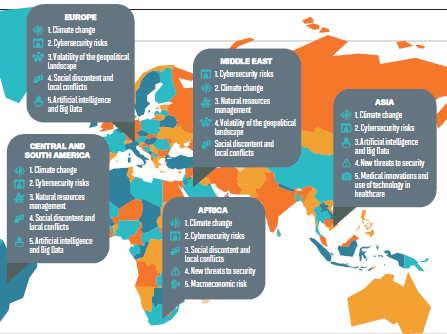