Australia is still “far behind the eight ball” when it comes to diversity and inclusion, according to Lyle Ste ensen, Pacifi c practices leader at Marsh Care Solutions. Growing up in South Africa during the apartheid era,

Steffensen has witnessed the crippling impact of discrimination and says she never wants the colour of her skin to determine her opportunities. Ste ensen moved to Australia at age 15 and joined the insurance industry shortly after completing a commerce and IT degree. While she admits she’s been privileged to have had the support of great mentors throughout her career, she’s also had frequent experiences of gender and racial discrimination.

“I notice it much more when I am working in regional towns and outside of Sydney – I have to explain my accent; I have to explain where I come from,” she says. “I do that every time I speak. I say where I come from to put people at ease because they spend the whole time wondering whether I’m Fijian or Jamaican or what. The fi rst thing they want to know is where you’re from, and so when I say I’m from Sydney, it frustrates people, and I do that just because I’m being funny sometimes because it’s just boring.”

On another occasion, Steffensen found herself excluded in a meeting due to a client’s unconscious bias.

“I remember a meeting with a retail client that was, ironically, owned by Jewish South Africans,” she says. “I had a junior male sta member who the client spent the entire meeting speaking to because they just assumed that I was the junior.

“I had another big client who was buying another company, and I was on the phone to them several times a day because there’s a lot of work that goes into that,” she continues.

“I did all of the insurance, and as I spoke to their CFO, he told me he had to go catch a plane to a football match. I found out on the Monday after that he had gone to the football with my boss. They basically said, ‘Because you’re a mother, we don’t think you should do those things because you’ve got other responsibilities.’

“I’ve spent a lot of time researching casual racism, and it’s something that in Australia, if we’re going to work on inclusivity and diversity, we need to work on, because that is particular to our community and culture”

“I found that incredibly disrespectful, but that’s not unusual. That’s just one example out of a number of similar experiences, where we actually still judge people based on their position, their parental status, their age and their colour.”

At Marsh, Ste ensen has forged her own role to support organisations that have a purpose beyond profit. While she has only been with the company since the beginning of 2018, she says she’s proud to see the steps being made on diversity and inclusion.

“Before I came to Marsh, in my previous role I was the only senior female broker in a company of 135 and the only person-of-colour broker as well,” she says. “I was the only senior female, person-of-colour broker in the entire Asia-Pacifi c. When I came to Marsh, the fi rst thing I realised was it was actually the fi rst company where there were many women in senior roles, and that was lovely and refreshing.” 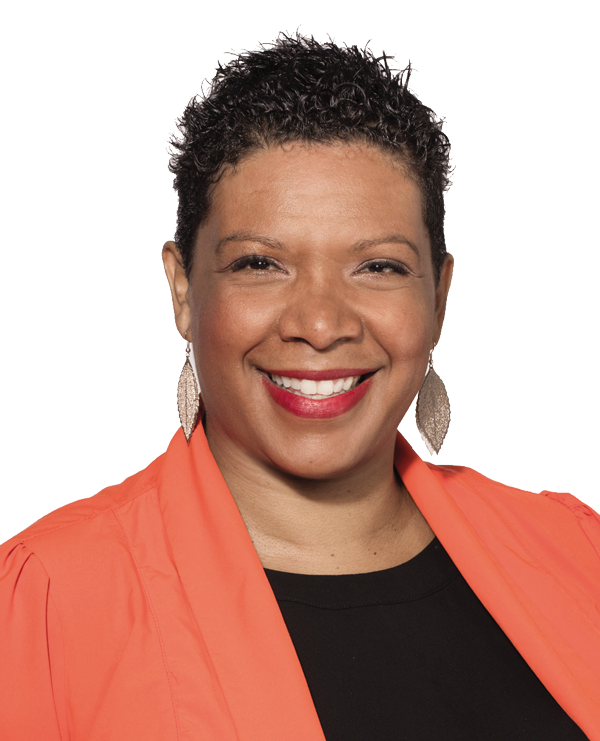 Based in: Sydney, Gadigal Land

“They were talking about unconscious bias, and I had never even heard that term before,” Steffensen says. “I had the realisation that for most of us in Australia, we don’t even have conscious bias, never mind unconscious bias. I think that we’re actually so far behind the eight ball in terms of inclusion and diversity that it hasn’t even been a conversation until the last couple of months in Australia. At Marsh, I know the company is still working very hard to change this, but there is still a glass ceiling for most women.

“I would really like to see our leaders, the CEOs and board members in the insurance industry, take a personal interest in this subject”

Steffensen believes people are “a bit scared of ” conversations around race. She likens unconscious bias in Australia to what the Indigenous community calls “casual racism”.

“I’ve spent a lot of time researching casual racism, and it’s something that in Australia, if we’re going to work on inclusivity and diversity, we need to work on, because that is particular to our community and culture,” Steffensen says. “It’s very difficult to get people to realise that they are inherently biased, and I have had lots of people say to me, ‘I’m not racist, but …’ and then the next thing that comes out of their mouth is something about ‘lazy Aboriginals that sit around drinking all day, wasting all our money’.”

MARSH AT A GLANCE

Marsh is spearheading action on inclusion and has enabled Steffensen to share her solutions for addressing unconscious bias.

“As a function of that World Black Day, they mentioned the Harvard Business Review unconscious bias questionnaire, and I approached our executive to ask whether we could get people to complete that, particularly in interviews, and that then changed the system,” she says. “What Marsh did was they turned it into unconscious bias training. This is the difference with Marsh – you might not think your little idea is going to go anywhere, but it actually is taken on board and actioned in a really helpful, practical way. “I’ve been asked to participate in our inclusion and diversity training that we currently have undergoing, and the work that’s come through – particularly our US head office around Black Lives Matter as well – has been hit head-on directly, spoken about frankly, and it’s such a powerful, clear statement with integrity. I never feel like I don’t belong at Marsh.”

Other diversity initiatives at Marsh include the Reconciliation Action Plan to create employment pathways for people from Indigenous and Torres Strait Islander backgrounds, as well as a “focus on the Indigenous community” at events, where elders perform a traditional Welcome to Country.

“There’s a lot of real conversation that goes on in those events where we actually get to see Indigenous people as people, and I think that’s important – they’re not a label, not an entity, not a generalisation,” Steffensen says. “I think that’s what’s going to be key for us to continue to engage with it as a human problem.”

Going forward, diversity and inclusion can be bolstered, Steffensen says, if people in leadership roles take an interest and work hard to address the issues. “I would really like to see our leaders, the CEOs and board members in the insurance industry, take a personal interest in this subject and get up underneath some of these women.”