The global giant, Zurich Insurance Group, recently announced moving beyond the 2050 net zero emissions commitment of other big insurers and set 2030 as its target year. In a news release, Zurich said it has partnered with three carbon removal suppliers, including Australia based InterEarth, to achieve the new goal. InterEarth uses what’s called woody biomass burial to remove CO2.

The Swiss headquartered insurer said the partnerships with carbon removal suppliers are “to balance out our unavoidable residual emissions” and also proactively scale up carbon removal solutions because of the “urgency” of the climate situation.

“Zurich has signed pre-purchase agreements for carbon removal certificates with three carbon removal suppliers, including InterEarth, as a first step to meeting the commitment to remove all residual emissions from its operations by 2030,” said Anja-Lea Fischer (pictured above), Zurich’s head of operational sustainability.

Fischer said under these agreements Zurich has made advance payments to InterEarth to help fund field trials currently underway and will provide more payments as the project meets milestones.

“By adopting this approach, Zurich is supporting the development of the project and the carbon removal industry generally,” said Fischer.

However, she said, Zurich is not actually an investor in the project.

“Zurich Insurance Group is supporting early stage and innovative carbon removal solutions that are scalable to further the commercialization of new climate technologies. The group’s participation in such start-up projects is important for the projects to start and expand their operations,” explained Fischer.

The InterEarth project requires the “traditional insurance” needed by any business, she said, including property and liability.

However, one interesting insurance option under discussion, said Fischer, is carbon credit assurance products. These provide some insurance cover based on the amount of carbon removal purchased.

“So if the carbon removal is not possible to the extent it has been pre-purchased, the assurance would potentially cover any difference either by way of financial compensation for the offsets or by providing other quality offsets for the equivalent value,” she said.

Fischer added that these discussions are still at a very early stage.

InterEarth’s method of removing carbon is an Australia first.

“Woody biomass burial is pretty novel. We know of no other scheme in Australia,” said COO and co-founder Steven Avenell (pictured below), who is based in Perth, Western Australia. 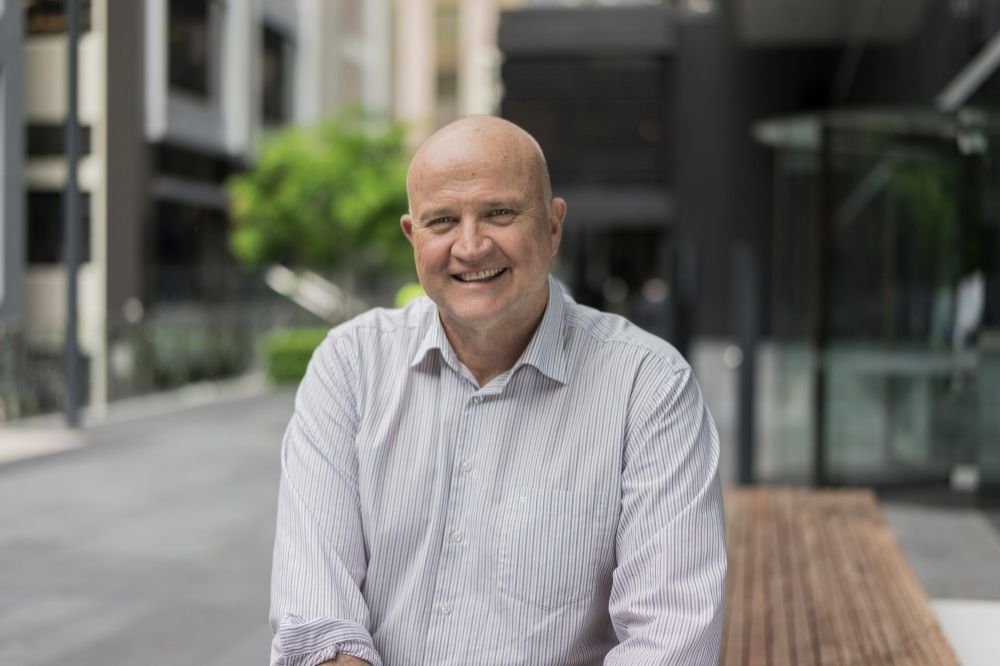 “There is a small operation in the US using waste from logging but there appears to be nothing else in the world with the combination of scale and affordability we hope to achieve,” he added.

The woody biomass burial method involves growing highly adapted woody plants on degraded, low rainfall, previously cleared farmland. The plants are trimmed periodically from the ground up and the harvested biomass is buried and encapsulated in subterranean chambers. The aim, said the Zurich media release, is to permanently store the carbon captured within the biomass.

Avenell said that when forests and woodlands grow to maturity “they exist in a carbon equilibrium with the atmosphere – the amount of carbon being taken in equals the amount being released.”

“The key difference is that we create a carbon pump that can run indefinitely by using coppicing trees that can be harvested of their above ground biomass and regrow multiple times,” said Avenell.

Coppicing trees are species that can be cut down to ground level but then regenerate by growing new shoots from the base. Avenell said this makes their solution more effective than just re-planting trees.

“In our system, because the trees are constantly growing and regrowing and we are constantly removing the above ground biomass and burying it, the longer we run the pump the more carbon we take out of the atmosphere and put back underground,” he said.

Avenell said that over 100 years the system will remove at least six times the carbon of replanted woodland.

“Right now, we are conducting field trials for our burial system - for which the preliminary results are very encouraging. It turns out that burying biomass in the right conditions offers the potential for very long-term, very secure storage,” he said.

He said InterEarth’s aim is to scale-up and start commercial operations next year. Avenell said the project could lock away over 100 million tonnes of CO2 a year in Australia.

“The potential overseas is even greater. We hope to see our solution playing a meaningful role in the total global effort to tackle climate change,” he said.

More than 20 leading insurers – about 10% of world premium volume according to the United Nations - have committed to net-zero by 2050. These companies form part of the UN’s Net-Zero Insurance Alliance (NZIA). Zurich and the German multinational insurance company, Munich Re, are so far the only members of this group to move this target to 2030.

The 2030 target brings Zurich and Munich Re into closer alignment with the goals of environmental organizations.

The Climate Council, a group that describes itself as Australia’s leading climate change communications organisation, says the “best chance of avoiding catastrophic climate consequences” is a 75% emissions cut by 2030 and net zero emissions by 2035.