According to KPMG, mergers and acquisitions worldwide could hit a record US$6 trillion by the end of the year fuelled by low interest rates and savings made during the pandemic. Experts say the deal making market in Australia and New Zealand is also very healthy. Many of those deals use M&A insurance and the boom is not being held back by a very steep increase in premiums.

“Up until about six months ago, we were pretty much unscathed by the hard market that was going on in other financial lines, so we weren’t actually seeing premiums increase or capacity being reduced,” said Steven Torresan (pictured above), director of mergers & acquisitions for Willis Towers Watson.

In recent months, Torresan said, across the board the M&A sector has seen premium rates close to double.

“Certainly, larger deals more than doubled in terms of the primary layers of insurance,” he said.

Every year there are about 200 to 250 insured M&A deals in Australasia, said Torresan. Willis Towers Watson usually do between 100 and 130 of those deals. Marsh and Aon share most of the rest.

Torresan said some capacity providers are currently in the situation where they are unable to issue a policy because they have written too much business for the year, and they’re capped.

“It’s something I’ve never seen in the market in the close to 10 years I’ve been doing this. It’s definitely the most difficult M&A insurance market I have seen,” he said.

He added that, in response, some insurers like AIG are using their capacity slightly differently. Rather than putting down bigger lines of limit, they’re putting down smaller lines.

“I think there’s definitely opportunities for capacity providers to be coming into M&A insurance in Australia given that premium rates have, I’d say, almost doubled, over the last six months,” he said. “So, who knows - like any market cycle it may actually mean we get more M&A insurers in Australia and ultimately grow the market which probably wouldn’t be such a bad thing.”

Torresan said “everything” is very busy in the M&A market right now.

“If I dig deeper into our deal data, standout sectors for our insured deals in the last 12-18 months are healthcare/medical, telecommunications, technology and consumer businesses, based on deal value.”

Torresan’s M&A career began as an M&A lawyer with Norton Rose Fulbright. From there, together with two partners, he grew a business specialising in M&A Insurance called Risk Capital Advisors. In 2019, his firm’s operations in Australia, Hong Kong and South Africa were acquired by Willis Towers Watson.

“It’s challenging work, there’s no doubt about it - but equally its rewarding given it’s complicated and you can truly add value to the client and their deal,” he said.

Claims are quite common too.

Anecdotally, he added, claims notifications for AIG and Liberty Claims are higher than that, around 20%.

“There are certainly plenty of claims, that’s for sure,” he said. “We have recently employed a senior claims expert to specialise in M&A claims given volume and also as a value add to our clients.”

M&A insurance can be bought by both the buyer and the seller in a deal. However, according to the Willis Towers Watson website, over 95% of the warranty and indemnity (W&I) insurance policies placed by the brokerage are buyer-side policies.

“When we’re talking about M&A insurance, arguably that might refer to a broader set of insurance products than we would deal with and that really comprises, W&I insurance, which is the main part of our business and then tax liability insurance which is insuring known tax risks,” he explained. 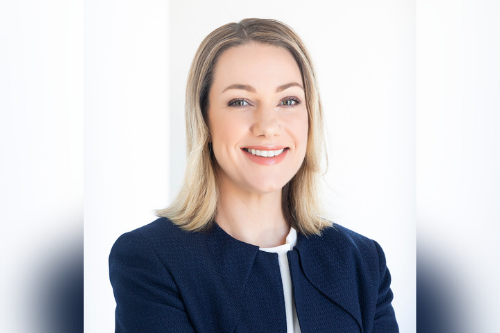 Katie Simmonds (pictured above), the Sydney based managing partner at Fusion, a specialist M&A insurance provider, gave an example of how M&A insurance can work.

“When a seller sells a business, they often want to get their money and sail off into the sunset. If it’s a baby boomer who’s selling his lifelong business, he wants to give the proceeds of his sale to his grandchildren or buy a boat or a caravan,” she said. “He doesn’t want to hold that money back in case there’s something that goes wrong in six months’ time.”

However, under the rules of sales contracts, said Simmonds, the seller is obliged to be available if it turns out that one of those warranties wasn’t true. They’re also liable for any mistakes in those warranties that might become apparent after the sale.

“So, if a tax bill comes in six months after the deal but it relates to the period when the seller still owned the business, or if there’s something that wasn’t true, or wasn’t as they said at the time of sale, the buyer can come back to them and demand the seller pay them back,” said Simmonds.

If the seller has an M&A insurance policy, generally speaking, they get to walk away from that sort of liability, except in the case of fraud.

“The buyer would turn to the insurer to recover their loss if there was a breach of those warranties or those promises that are given in that M&A transaction,” said Torresan.