For brokers who’ve made the jump and set up on their own, one of the most important milestones comes when there’s too much work for one person to handle.

Of course, paying another full-time wage can be a huge dent on resources and busy brokers rarely have the time to train somebody new – so what’s the solution?

One option, which is being heralded by business leaders and industry experts alike, is the decision to hire return-to-work parents who already have experience in the industry and are looking for something a little more flexible.

“Many SMEs are looking for part time workers, so too parents seeking to get back into the workforce,” says career and leadership expert Michelle Gibbings (pictured below). “So, there are great opportunities in this space.”

Michael Stewart (pictured above), director of Stewart Insurance Group, is one leader who has grasped these opportunities with both hands – he says return-to-work parents make ideal employees for small brokerages that need a little extra help.

“There is an absolute plethora of return to work mums out there – probably dads too, but I haven’t personally found any – who have a few years’ experience in the industry and are desperate to get out of the house for a few hours or earn some extra money,” says Stewart.

“If you have nine hours of work a week, you can get a return-to-work parent to come in for three hours a day, over three days, and they end up doing more in that nine hours than I do because they’re fast, they’re experienced, and you can run bigger things by them too.”

Stewart says he first became aware of the untapped source of talent when his wife began looking to return to work after leaving the workforce to start a family.

“She was the state sales manager of a large company and she went from such an important role to jobs where she was making coffee,” says Stewart. “She’d get these low-level jobs but then they’d work out what her skills really were and suddenly they were asking her to help with major projects.”

Stewart does warn that brokerages must be flexible for the arrangement to work – but he says they can reap the rewards as a result.

“I like regularity and I think having someone turn up 9-5, five days a week is brilliant – but the reality is, that doesn’t work for these people so it’s a matter of just having to go with it,” he says.

“Obviously you don’t want someone who’s going to take advantage, but that’s never happened to me – all of the return-to-work mums who have worked with me have been absolutely magnificent and, yes, they move on when the time comes but, until then, it’s a great arrangement for everybody.” 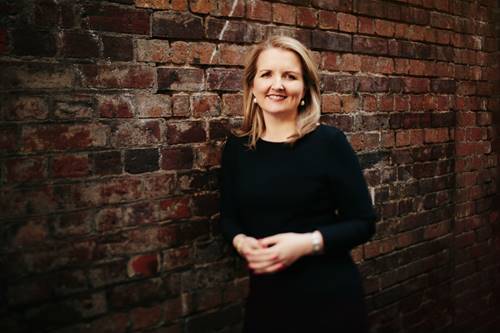 Gibbings agrees that return-to-work parents can sometimes be underestimated and says it’s important that leaders remember the skills these employees had before they temporarily left the workforce, haven’t just evaporated.

“Indeed, there are additional skills they have learnt during their time as a stay at home parent or while on maternity leave,” says Gibbings. “This includes for example: patience, being organised, managing multiple streams of work, problem solving, negotiating, flexibility, and managing under pressure.”