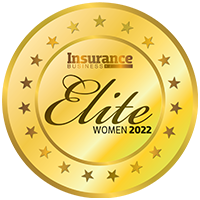 A beacon of progressiveness, New Zealand stands out globally as a country determined to advance the working conditions of women in general. Of the nearly 200 countries in the world, New Zealand was ranked sixth in a recent global gender gap report by the World Economic Forum. The Council on Foreign Relations ranked the country third on its Women’s Workplace Equity Index. In the past 23 years, New Zealand has nearly cut its gender pay gap in half, according to Stats NZ.

During the 2022 New Zealand Elite Women survey, the Insurance Business team found 19 women who are doing their best to improve the lot of members of their gender as well as the lives of those who are historically underrepresented in the insurance and other industries. For example, one of the winners launched a new regional office while parenting her infant daughter, overcoming the challenge of balancing her career and family life. Another is focused on building up women’s participation not only in the domestic insurance industry but also across the poorer regions of the Pacific Islands. And another has led a women’s association and a group advocating against ageism.

“I want my daughter to imagine a fully formed life for herself – one that includes a career and a family and all that both entail”
Anna Parker, Frank Risk Management 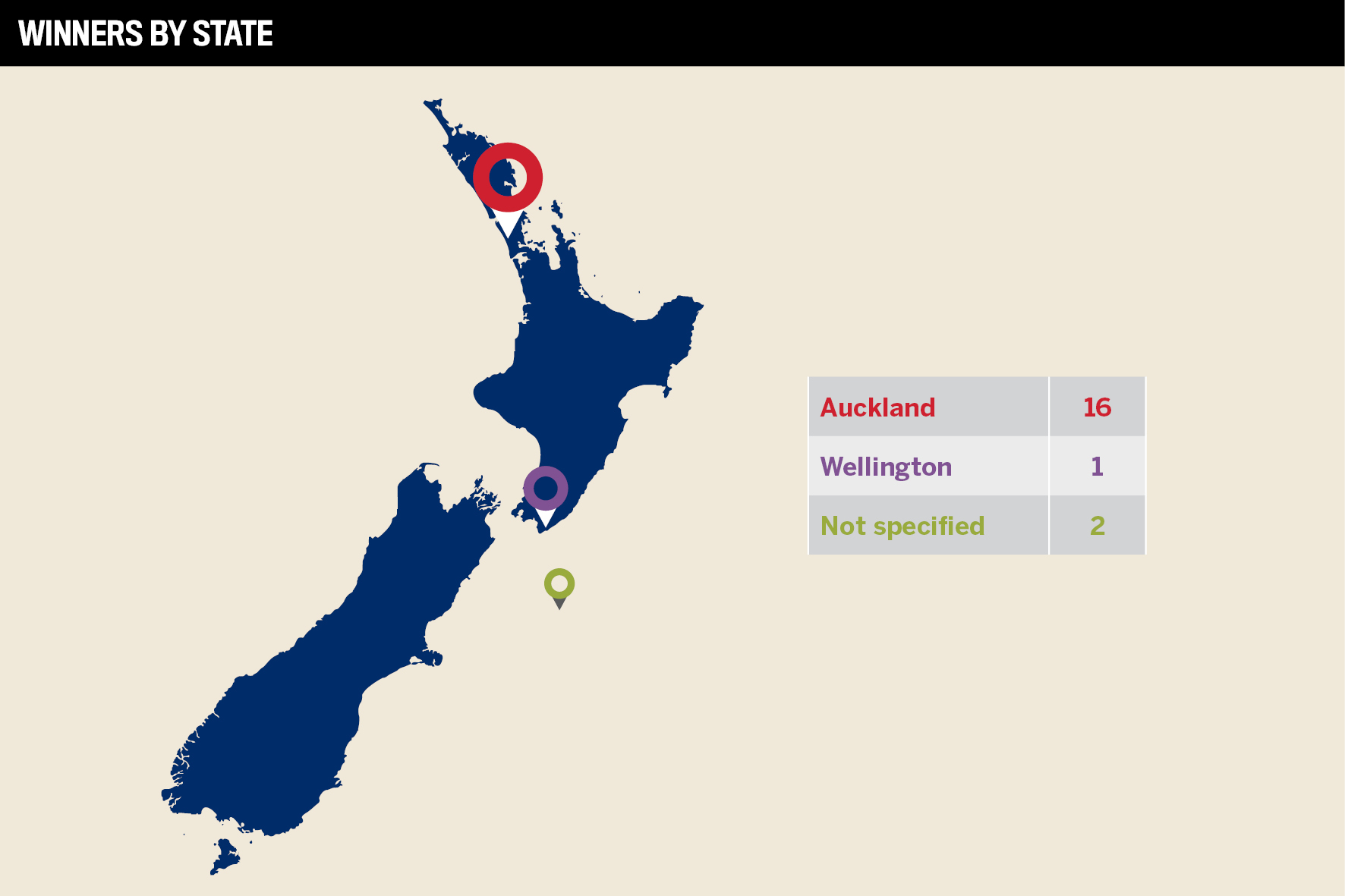 Pressure on women in the workforce

While the trends for New Zealand women in the insurance workforce are positive, several problems remain, which three Elite Women are eager to address.

Anna Parker, senior broker at Frank Risk Management and a winner this year, points out that the COVID-19 pandemic has disproportionally affected women in the workforce. “While the work-related impact on both men and women has been considerable, women have disproportionally shouldered many of the pandemic-related hardships,” says Parker, referencing a recent Deloitte article.

“COVID has really shone a light on some of the inequalities that still remain in households when it comes to domestic and carer duties,” says winner Annabelle Thompson, tribe lead at Suncorp New Zealand and co-chair of Suncorp Women Connect. “I’ve seen a lot of friends and colleagues feeling unable to commit more time to their careers, and there have been several studies on how the pressure to keep households and lives moving during the pandemic has largely fallen on women. For some, that’s looked like working longer hours to get everything done, and for others it’s been needing to cut back on working hours while their family needs more support.”

What’s more, says Parker, citing PricewaterhouseCoopers, 60% of new mothers who work in financial services feel they’ve been overlooked for career-advancing opportunities upon returning for work. Despite all these challenges, Parker hopes that companies will be more proactive in creating senior opportunities for women and that encouraging more transparency with salaries will go further towards closing the wage gap in the near future.

Meanwhile, winner Sarah-Jane Wild, head of partnerships at Tower Insurance, says that in the past, she saw most of the women in insurance in New Zealand in middle management roles while middle-aged men were in more senior roles. That was prior to 2014, when she set out for a five-year stint in Fiji, where she became the first female general manager of an insurance company in the country and the first chair of the insurance council.

“However, I have noticed that we have come a long way in New Zealand since then, and there are a lot more women in influential roles, which is really pleasing to see,” says Wild. “I see a continuance of this, and the recognition that IBNZ is giving to women will help.”

“An insurance career is a good choice for any young person that is passionate about helping people whilst at the same time wanting a variety of challenging roles”
Sarah-Jane Wild, Tower Insurance

The achievements of an Elite Woman

In addition to having a good professional track record, this year’s Elite Women have participated in the diversity, equity, and inclusion (DE&I) movement, and contributed to society through volunteering and charity work.

A former insurance litigation lawyer and avid golfer, Parker co-parents her daughter with her engineer husband, and in the process, hopes to inspire change in future generations. “I want my daughter to imagine a fully formed life for herself – one that includes a career and a family and all that both entail,” she says.

Parker advocates for parental paid leave and DE&I, but she’s surprised at the pace of change in the industry. “Even though every single bit of research out there shows that diversity within senior roles improves profitability, the progress that is being made is heartbreakingly slow,” she says. She points out the multiplier effect: with each woman who is added to the C-suite, three rise to senior leadership roles.

Parker is also an environmentalist who lobbies for the protection of natural habitats. In addition to advocating to save a local forest, she’s a pro bono insurance advisor for the ‘Revive the Gulf’ initiative to save the Hauraki Gulf ecosystem. Her other work includes volunteering in early childhood education, mentoring at the University of Auckland business school and golf events, and supporting Māori and Pasifika business owners and professionals. She’s also an active member of The Insurance Network, a group of women in the insurance industry.

Meanwhile, Wild had an impressive work experience in Fiji. Witnessing the 2016 tropical cyclone Winston, which destroyed over 40,000 homes, prompted her to advocate for insurance reform to provide coverage for the country’s impoverished communities. Fiji also gave her an opportunity to help improve DE&I in a country where few women were in senior or board roles. In addition, she helped host workshops and events to build confidence and capabilities among the native women and celebrate their subsequent advancements.

“Each year, we held an awards evening where we celebrated the achievement of women in various roles, which often led to their next promotion,” she says.

Thompson, in her daily business life, has been active with Suncorp Women Connect, a women’s advocacy group. “On top of my day job, leading a group of employee volunteers has shown me the impact that having purpose and a platform can have. It’s created tangible improvements to our approaches and practices which have a positive impact on our workforce,” she says.

Furthermore, she has been active in Evolve, an employee group focused on countering ageism. Her DE&I efforts include representation in the Suncorp New Zealand Diversity and Inclusion Council. In this role, she makes great strides in advancing parental leave support across genders.

“A highlight for me was seeing a dad come forward and share that the change meant he could be the primary career for his third child, something he had always wanted to do, but which hadn’t felt possible for him before,” she says.

Thompson is also a council member of the Conference Board’s Asia-Pacific Gender Equity Council. In this volunteer role, she shares insights into gender inequality across industries and advocates for change. “This work is important to influence inequality on a global scale. Learning from other cultures on the issue and hearing how others are addressing it is creating a change wave,” she says.

In addition, she supports the Starship Foundation with regular donations.

“COVID-19 has shone a light on some of the inequalities that remain in households when it comes to domestic and carer duties”
Annabelle Thompson, Suncorp New Zealand 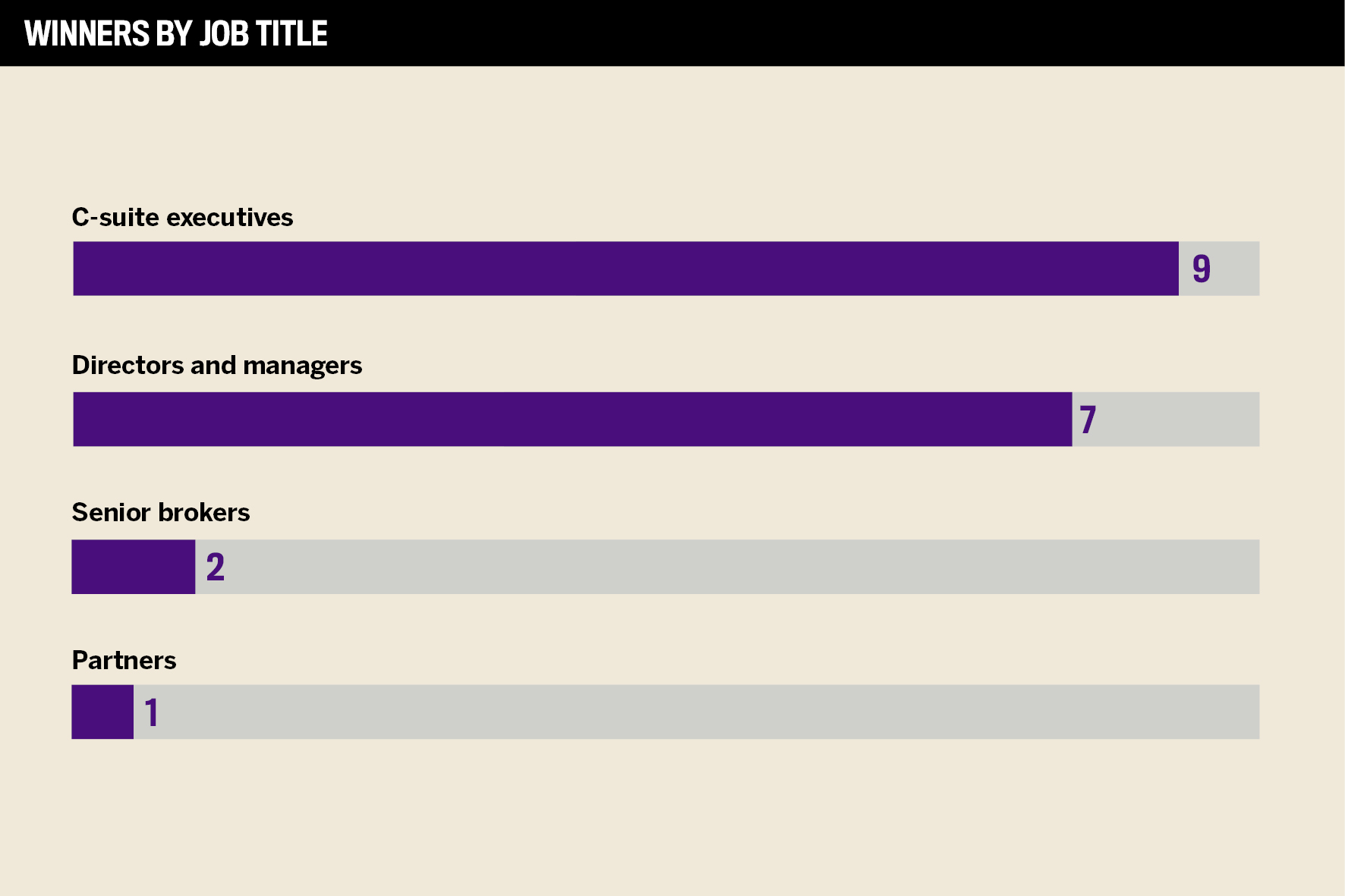 For young women considering careers in insurance, Parker’s advice is to “jump right in” and seek out mentors, both male and female. She encourages young professionals to move around to find a good leader, and to view their career as a team sport.

“Those who can unite others become leaders, and those who can connect the dots across groups of people go on to have fabulous careers. Teams build business empires, not individuals. As Steve Jobs said, ‘A small team of A+ players can run circles around a giant team of B and C players,’” she says.

Meanwhile, reflecting on her own journey – which included a gap year during which she worked in insurance instead of going to university – Wild says: “Being able to ensure customers are adequately covered and helping them recover from an event is the reason I have stayed in insurance. An insurance career is a good choice for any young person who is passionate about helping people whilst at the same time wanting a variety of challenging roles.”

And while Thompson says she has yet to meet one person who chose insurance as a career – most people seem to just fall into it – once people are in, they tend to stay.

“For women who like working in a career that makes a real impact on the world, insurance is a field that will give you such a purpose,” she adds. “Our people genuinely care about helping our customers protect themselves, and the industry values compassion, empathy, and care as these are qualities we all want to see more of in the world. Bring your innovator’s mindset and be part of something that has both a rich history and a bright future.”

Insurance Business NZ invited insurance professionals from across the country to nominate exceptional female leaders for the inaugural Elite Women list. Nominees had to be working in a role that related to, interacted with, or in some way influenced the insurance industry. They must also have demonstrated a commitment to their profession.

Nominators were asked to describe the nominee’s standout professional achievements over the past 12 months, along with their contributions to diversity and inclusion in the industry and how they’ve given back through volunteer roles and charity work. Recommendations from managers and senior industry professionals were also considered.

To narrow down the list to the final 19 Elite Women, the IB NZ team reviewed all nominations, examining how each individual had made a meaningful contribution to the industry.