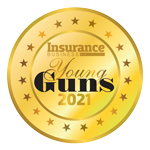 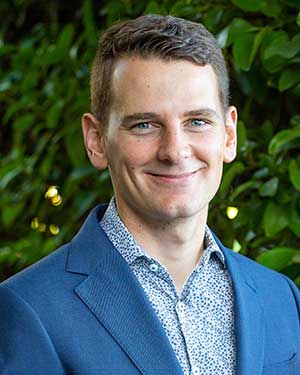 When you speak to Andrew, it is immediately apparent that he has a passion for the insurance industry that is both genuine and infectious.

Since leaving school in 2011, Andrew has lived and breathed insurance, and today he speaks of a deep ambition for what both he, and his employer TLC Insurance, can achieve by growing their specialist heavy machinery underwriting business.

Reflecting on his insurance career to date, Andrew notes that it has been characterised by a combination of hard work, a willingness to ‘have a go’ and the support of great mentors who have happily shared their industry knowledge with him.

His insurance career began when he joined an AMP Financial Advisers business in Tauranga in 2016 as Sales Support.  It was only five short months later that he was shoulder-tapped for a promotion to become an Account Manager with a portfolio of fire and general insurance clients to take care of.

After almost two and half years in this role, and with the learnings banked, Andrew decided that it was time to take on a new challenge and learn new skills, and so he moved to Australia to work as a plant and equipment insurance underwriter at SURA.

This experience set the scene for Andrew’s return to New Zealand where he was quickly snapped up by TLC Insurance, a specialist underwriter based in Tauranga, with hundreds of heavy machinery clients drawn from the forestry, civil, agriculture and earthmoving sectors based across New Zealand.

It’s a decision that has been mutually beneficial for both parties, with Andrew quickly being recognised as a proactive high achiever.  In the same year that he joined TLC Insurance, Andrew was promoted from his original role of Business Development Officer/Underwriter to the position of General Manager – Insurance, and then in March 2021, Andrew was promoted again, this time to the role of General Manager.

In this role, Andrew has a number of direct reports, and he in turn reports directly to the Managing Director and the company’s Board of Directors. This gives him exposure to governance and Board requirements, something that he has found both insightful and hugely rewarding.

As Andrew looks to the future, he is excited about the growth opportunities provided by TLC Insurance and the insurance industry in general, and as such, he is thrilled to be recognised in the 2021 insurance Young Gun awards.