by Maryvonne Gray 16 Dec 2016
SHARE
A bid to encourage more young Maori into the insurance industry was recently celebrated at a prestigious occasion attended by the Maori King, Kiingi Tuheitia at Te Awamaarahi marae.

The occasion also celebrated the 75th anniversary of the marae’s founding in 1941.

Willis Towers Watson partnered up with the Waikato’s Tainui iwi to launch an internship program for young Maori, with support from insurers Chubb New Zealand and AMP.
The broker announced the inaugural recipient as JJ Cootes, who was given her award by the King.

The internship is a 15-month program designed by Willis Towers Watson to encourage young Maori people to join the insurance industry as a career pathway and came about through the broker’s long-term relationship with Waikato Tainui as their insurance and risk partner. 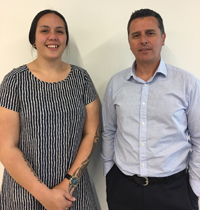 A Waikato Tainui spokesperson thanked WTW CEO Peter Lowe and WTW account director Vedi Angjelinovic for providing the internships to Maori people and for encouraging diversity by working with the iwi in developing culturally sensitive programs in the workplace.

Lowe said it was a privilege to be an honoured guest of the King during the celebration and to be invited onto the marae to witness such an historic event.

“We couldn’t be more pleased with having JJ as the inaugural recipient of the Waikato Tainui and Willis Towers Watson internship and can advise that she has conducted herself in a manner that would make her iwi proud,” Lowe said.

“Willis Towers Watson looks forward to continuing our involvement with Waikato Tainui and the internships into the future,” he added.