Global Albatross managing director Darren Manning said this was the first time a company outside of the UK had won that category in the Health Insurance Awards’ history.

The judges said that the company was “exactly the sort of intermediary that is a credit to this industry,” provides “real expertise” in broking, and called their approach to clients “open, thorough and unbiased.”

Manning said: “I am extremely proud of our team, and honoured to have served our clients over the past year. We look forward to continuing to deliver the high-quality service that the company has now been recognised for.”

Manning, originally from the Hawkes Bay, returned to Wellington in February 2014 after living in China for a decade. His decision to return was driven by his desire to provide his young family with a good lifestyle.

But he said he soon started missing the expat life, and decided to start his own company specialising in protecting the health and wellbeing of expats after realising no company in New Zealand was operating in that space.

“I have a big passion for this industry. It’s really rewarding helping expats while they’re abroad, which drove me to set up my own business,” Manning said.

Global Albatross sells to all expats abroad - they don’t have to be Kiwis, and Manning said his clients include expats in China, Singapore, Sri Lanka, Switzerland and the Netherlands.

“All my business is through referrals,” he explained. “Half the battle is convincing someone to make an investment in this type of health insurance, because it’s not cheap.” 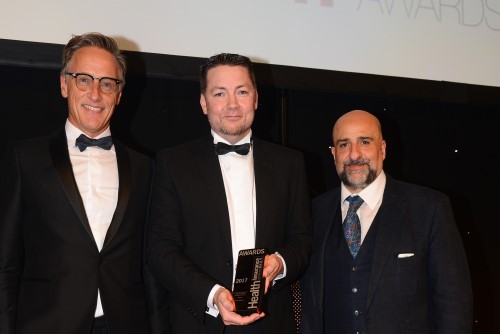