DUAL CEO Damien Coates (pictured) no longer has the most envied head of hair in insurance, after he bravely shaved the lot off – all in the name of charity.

Earlier this week, over 100 industry professionals gathered at a popular Sydney speakeasy – hidden, aptly, behind a barber shop – to watch as Coates sacrificed his infamous locks.

Speaking to Insurance Business before the big event, Coates admitted he was nervous about losing his trademark look – but said it would be worth it to support the Black Dog Institute. 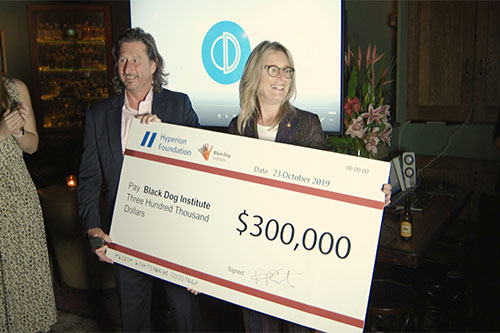 “My hair has been something that I’ve always enjoyed, and my 10-year-old daughter isn’t very happy about the fact that it’s being shaved off, but I’ve sat down and explained to her that we’re trying to create awareness of mental health,” he said.

Coates has long been a supporter of the Black Dog Institute, raising over $200,000 for the organisation by completing countless physical challenges – however, he said the head shave was by far the most daunting he’d taken on to date.

“This is much more out of my comfort zone than riding from Adelaide to Darwin, or Perth to Broome, but I love promoting mental health, creating awareness, and encouraging people to be open,” he said. 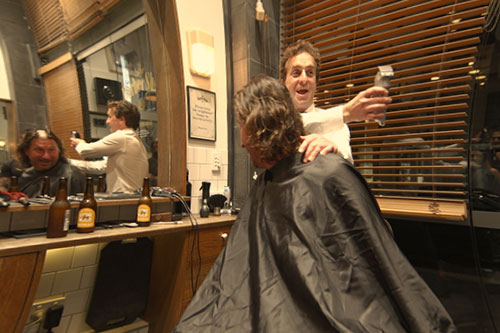 Initially, Coates only agreed to shave his head on the condition $50,000 could be raised for the charity – “I was sure we’d never get that much,” he laughed – but already the total has exceeded $65,000.

On the night, Coates was thrilled to present a wider cheque for $300,000 to the Black Dog Institute – with funds earmarked for an additional senior researcher and support team.

Thanking Coates and the insurance industry for their generosity, Karen Elliff, director of fundraising and development for the Black Dog Institute, offered further insight into the organisation.

Luckily, Coates’ spirits remained high after the head shave, with many attendees admitting they were somewhat disappointed that he actually suited the streamlined new look.

“It was scary, people cutting my hair had no idea what they were doing, but thankfully we got the professional involved and we straightened it all up,” he told Insurance Business.

“I’ve been told I look taller, I look younger, I look smarter – so to everyone who’s trying to make me feel good, I appreciate it!” he laughed. 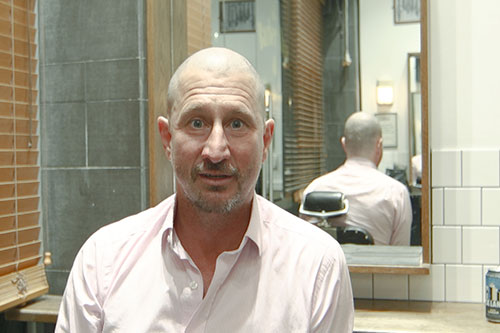 Coates also thanked everyone who had donated to the cause – whether it was $5, $50 or $5,000 – and said he’d been overwhelmed by the support from across Australia and beyond.