COP26: How can the insurance industry help the world fight climate change?

Environment ministers and senior officials at Glasgow’s COP26 climate summit are struggling to come up with a credible plan to meet emissions targets and stop the world’s temperature from rising more than 1.5 degrees Celsius.

But what role can the insurance industry play to help this target become a reality?

Robin Barham (pictured above), CEO of Agile Underwriting Services said “It’s incredibly important” that the industry engages in the debate about how to deal with climate change.

“Insurers’ obligation, I guess, is to keep on top of where technology is and be engaged with a discussion about how we insure progress, how we get data that makes it insurable and how we work with clients in partnership. So that as they build their industries and build a new economy the insurance industry can stay with them,” he said.

In 2012, as an independent consultant, Barham was involved in running the Catlin Seaview Survey. The project was the biggest ever digital survey documenting the composition and health of the world’s coral reefs, including the Great Barrier Reef.

Read next: Industry in "urgent fight" against climate change

“No progress can be made in terms of finding solutions and the technological innovation that we need to grow a new green industrial revolution to deal with the issue, unless the people who are investing in those technologies can buy insurance,” he said.

Barham said there’s no debate over whether the insurance industry and its customers are affected by climate change. He said the results of climate change have a considerable effect on the industry.

“Good examples of ‘market changing events’ would be US hurricanes,” he said. “Their frequency and severity is driven by West African Gulf ocean temperature variations, but more locally we also see the differences in our weather between el nino and la nina cycles – and while these variations have always existed, what we’re seeing is both overall increases in air and ocean temperatures, and in local variation and instability.”

He said it is also an unavoidable fact that much of the world’s population is uninsured or living in places that may become uninsurable. However, even if the insurance industry ignores moral and ethical concerns, said Barham, the industry cannot ignore the impacts of climate change fuelled global geopolitical instability on policyholders and capital.

“While the reporting cycles may be quarterly or annually, and the political cycles are 3-4 years, our industry is built on a promise to pay claims that are sometimes decades in the future – and the best way to ensure that we can do so, is to take part in shaping that future,” he said.

Some big insurance companies in Australia have set emissions targets for their investments and refuse to insure certain ‘dirty’ energy projects. On the eve of the climate summit in Glasgow, the Australian government finally committed to reaching net zero by 2050.

Barham said the unfortunate thing about the Australian political debate over the last 10 years is how it has delayed real action.

“Any start is better than no start, but what we really need to see is progress and we need to set aggressive targets for that progress in order to reduce the need for more drastic action later,” he said.

Barham said he sides with insurers that have said they won’t insure new oil, gas and coal projects, but he said that approach reflects the wrong focus.

“I think we should focus on the opportunities provided by emerging technologies that we need to transition to a more sustainable economy,” he added.

For example, said Barham, the huge progress over the last decade in solar panels and battery storage, all of which have to be insured.

“The interesting thing about renewables is that the insurance industry, or at least a lot of the oil and gas underwriters, have looked at it and said, ‘That’s a new technology, we don’t have much data, so it may be too difficult to insure’, but actually their colleagues in the space and satellite insurance industry have been insuring solar arrays and their connected batteries for 30 or 40 years – in the harsher and more remote environment of space,” he said.

Barham said solar panels and battery storage are not new technologies and are improving all the time.

“So it’s a debate that is very much cast in terms of negatives where actually we can make a bigger difference if we focus on the positives and really dig into that,” he said. 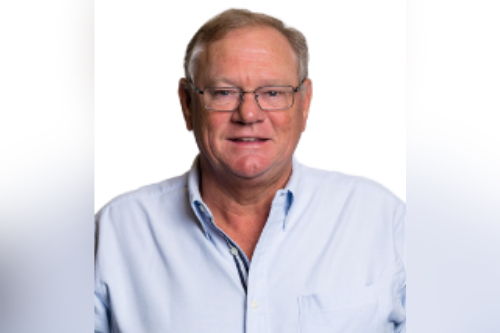 Don McLardy (pictured above) CEO of McLardy McShane insurance brokerage said he’s certainly not an expert on climate change and its impacts on the insurance industry. However, he recognizes the importance of engaging with this issue.

“Certainly all those environmental factors are an evolving issue worldwide,” he said. “And yes, it will have an effect on the insurance industry. How that pans out, it’s probably yet to be seen. But certainly those big insurers, they’re going to have to take a stand somewhere for sure.”

McLardy said the intense focus on environmental issues, including in the insurance industry, reflects the changes across our wider society.

He said there are some industries that McLardy McShane wouldn’t want to be involved in as a broker because of their value system and what they see as important.

“I think every company has got to deal with those issues in the way they see fit,” said McLardy.