What does the post-pandemic world look like for the insurance industry?

It has been the biggest global, financial and economic crisis in over 100 years and the coronavirus pandemic has prompted significant shifts in attitudes towards the insurance industry, as well as in the way the Australian workforce operates.

Now, ahead of Insurance Business Australia’s Broker Connect Event, being held this Friday, several leading figures have shared their unique insights on what we can expect to see in a post-pandemic world.

“We’ve had a change in workflow management, [the pandemic’s] very much changed the way that we work now. So, we don’t have people sitting in gigantic ivory towers and offices like we’ve had in the past. We’ve got people being more flexible,” he added.

Hansen believes COVID-19 has revealed how redundant Australia’s pre-pandemic workforce was with its rigid expectations. He says the insurance industry has lost good people as a result of not being flexible enough in how it enables individuals with different circumstances to work.

“I think our whole workplace hours and workplace structure has changed,” he said. “Now it has the opportunity to change forever and bring a whole lot of people back to our industry that have been lost. Those that have childcare arrangements, carer arrangements, health-related issues. I think, hopefully, this opens up opportunities for them.

“I think this situation is forcing a labour market correction that’s a long way overdue. I think not just the insurance industry but the whole labour market has an opportunity to make the type of structural changes that come along so very, very rarely through the course of time.”

Hansen also argues that workplaces can be more efficient through the utilisation of digital channels and strategies.

“I think Skype meetings, Zoom meetings and Zooming into board meetings is the new norm now,” he said. “I think there’s still very much a case for face to face meetings where that is applicable. But we’ve been writing business all over the world for some years now – we don’t need to be physically present in that country at all times, in all places.”

Hansen revealed that the majority of his clients are satisfied with being communicated with through digital channels as long as the company remains “accessible.”

“Most of our clients are quite happy as long as we are accessible. They’re not very volatile if I’m talking to them at 3 o’clock in the morning. If I’m meeting their needs, they’re quite happy with that, they’re not troubled by that at all,” he added.

Additionally, Hansen believes the public is becoming more intelligent and resourceful from being forced to stay at home and research their own coverage amid the pandemic.

But for Michael Graham (pictured below), CEO at Mercurien, the pandemic’s greatest casualty is economic in nature. 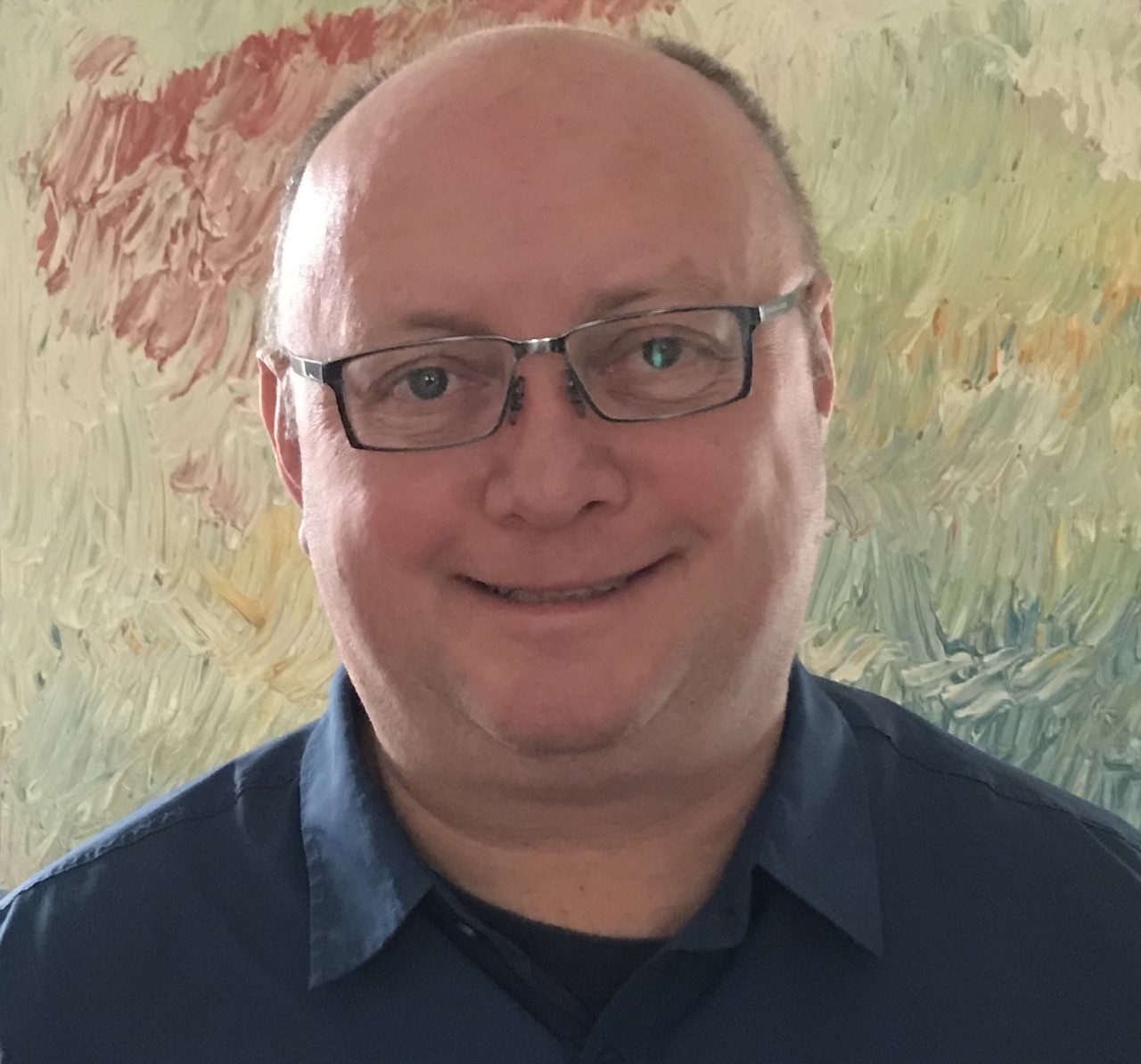 “Obviously the money has stopped going around. I think there’s a lot of people who are just sitting on cash,” Graham said. “I was speaking to someone from Hong Kong just the other day and they said they’re in the event management segment – the losses and claims due to COVID-19 are around US$6.8 billion. Absolutely massive.”

Graham believes it’s going to take “some time” for the economy and individual businesses to bounce back from the pandemic, but the greatest issue that will hit the sector relates to insurance coverage disputes.

“I think it’s going to be seriously problematic for some insurers and some clients who aren’t covered for the pandemic,” he said.

However, Graham also revealed that he may have one of the very few businesses that has actually benefitted from the pandemic. Because he sells “bundled packages” of coverage for data and technology, brokers have been attracted to make purchases.

“The brokers are looking at taking more than insurance to their clients so, we have this idea of ‘fleet as a service’ which is a managed service where we take the technology and the data to manage fleets and we insure them at the same time,” Graham explained.

“And brokers like that sort of bundled idea. So, there’s some really good things going on for us actually. It’s a relief,” he said.

But Graham sees the future of insurers and brokers differently to Hansen – instead of an increase in working remotely, Graham is adamant that brokers, while still wanting to work more flexibly, thrive off in-person contact.

“I think brokers in particular have a role to go and walk into a client’s premises and go ‘what about that?’ and ‘what about that?’,” he explained. “I think that will still happen and you can’t do that sitting home.”

“I still think that brokers like to talk – I mean, I know some really great brokers – they’ll be working slightly more flexibly but they’ll still want to look out and see their clients’ premises. I think the good brokers will use their client visits as risk management conversation versus annual premium renewals.” 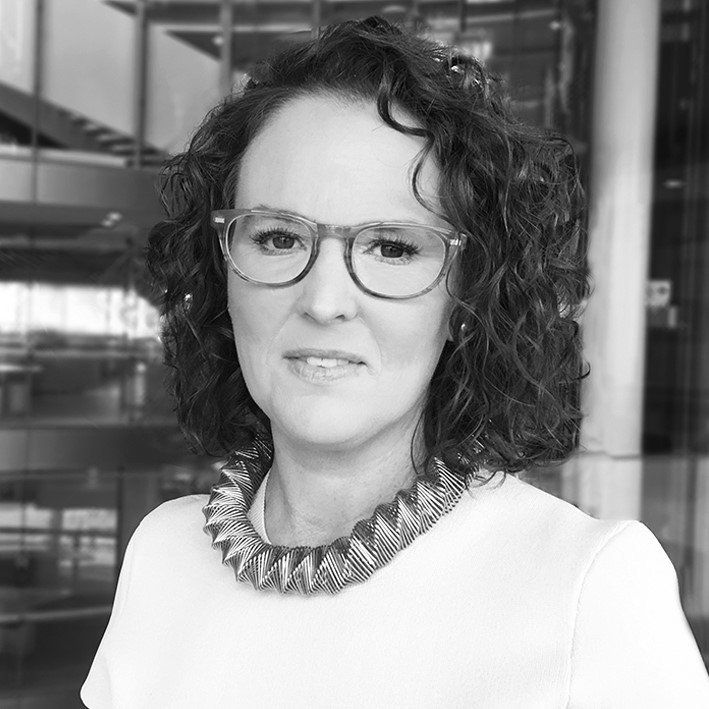 Another perspective on the pandemic, and indeed the post-pandemic world, comes from Lucy Terracall (pictured above), partner at Clayton and Utz, who litigates for clients against insurers.

While Terracall admits that she only sees the bad side of the industry through managing disputed claims, she says there are issues arising from “ambiguous” contract clauses that may lead to scrutiny in Australia.

“In my world, I only tend to be exposed to the claims that are problematic where there might be ambiguity in the language of the policy or where there’s a potential dispute brewing,” she said.

“The issue will be how the insurance industry responds to claims by policyholders where there is some ambiguity or cover that maybe they didn’t intend to offer but they, in fact, have on the face of the wording.”

Terracall highlighted the position in the UK where the Financial Conduct Authority (FCA) has already flagged contractual issues in business interruption policies.

“The CEO [for the FCA] is going to take a number of issues that are causing uncertainty to the courts,” Terracall explained. “… my understanding is that the FCA is currently speaking to insurers to get their agreement to almost take sample business interruption wordings and asking the court for a ruling on what that wording means.”

Business interruption cover – something that will see a drastic spike in claims through and after the pandemic – is one of Terracall’s main talking points with both corporate and government clients right now.

She says a major point of confusion is that the Quarantine Act 1908, which is regularly mentioned and relied on in business interruption contracts, is actually no longer applicable. Instead, the less-known Biosecurity Act, which was introduced in 2015, is the relevant law when it comes to pandemics.

“Now, the problem is that that particular act that is referred to in a vast number of these policies actually is no longer law,” she said. “It was repealed five years ago and when legislation is repealed it essentially just disappears into the abyss and it means that it’s no longer law in Australia.

Terracall’s concern with this legislative issue is seeing publications and businesses alike advising industries that there is no cover for COVID-19 business interruption losses from the pandemic, referencing the prior quarantine act.

“That’s concerning for us because we’ve certainly seen policies that do cover losses for and from COVID-19 and, technically, the exclusion that I mentioned before that mentions the quarantine act, does not exclude losses flowing from COVID-19 because of the actual words that are used in this particular exclusion,” she explained.

“That’s one of the issues that we’ve been advising clients on.”

“So, when you’re talking about questions like ‘are insurers obliged to cover pandemic related losses?’ I always come back to the fact that the insurers have issued a legally binding contract of insurance to the policyholders,” she added.

“Their obligations are contained in that legal contract and if the wording of the contract on its face provides cover for COVID-19 losses, in other words, if losses flowing from COVID-19 are included in the agreement of the contract, and those losses are not otherwise excluded, then the policyholder is legally entitled to be indemnified.”

She says that while public perception might be that insurers should cover the costs of the pandemic for their consumers, contract clauses override any moral or ethical obligations.

“I think insurers are obliged to cover pandemic-related losses if the insurance policy obliges them to,” Terracall explained.

“There’s no moral or ethical obligation, it’s not a matter of what insurers should or should not be doing. I completely appreciate that these types of situations, like natural disasters … are, for a number of reasons, very emotional and can impact people on a very personal level – but insurers are in the business issuing legally binding contracts.

“I think sometimes the discussion becomes too focused on what an industry like the insurance industry should or ought to do rather than what they are obliged to do because, like every other participant in the economy, they’re a business. They are in the business of making money and they do that by issuing contracts of insurance.”

The issue of moral and ethical obligations for the insurance industry is also highlighted by Hansen, who agrees that contracts are legally binding.

“Unfortunately, it comes down to the policy,” he said. “The policy is a contract of law so both parties and all parties have entered into a contract. The contracts are generally clear. There is some vagueness around some that are being legally challenged at the moment and some opinions are being sought on those. But where the situation’s clear, the situation’s clear.”

Graham, meanwhile, wants flexibility with contractual obligations. He says that the pandemic has brought about an array of disruption and clients should have the right to speak to their insurers about pulling back their cover.

“I mean, if you had a car and you weren’t using it for three months, you as the customer have the right to pull that back and change your cover. You still have to have a cap, you just don’t have the usage component,” Graham explained.