Why are freight costs so high right now?

The cost of freight has now reached extreme levels. Brokers have told Insurance Business that their clients are losing profit margins just paying extra freight costs, or “COVID Tax” as one called it.

“It’s a perfect storm and it’s an example in some ways of globalization. You have a unique situation with these COVID related impacts all around the world,” said Daniel Morrison (pictured above), national cargo product manager for transport and logistics insurer NTI.

The situation is unique because a world pandemic has intersected with peak Christmas shipping season. From September until Christmas, companies all over the world are rushing to fill their stores with stock. So, there’s an extreme shortage of space on ships and a lack of containers.

The United States and China are the world’s biggest players in the shipping market. However, Australia’s importers and exporters could usually rely on getting their fair share of containers and shipping space. Not anymore.

“There’s a lot of congestion at major ports at the moment due to COVID. Some of the bigger ports in China have been shut down which causes delays and congestion for the vessels going in and out,” said Morrison.

Read next: What will Australia-China relations look like in 2021?

“When things slow down, one impact is on the containers that are used to move goods around the world. They’re not as easily available. So they’re sitting on a ship, or sitting in a port somewhere or they’re still at the Chinese factory waiting for a truck to come and get them,” he said.

However, Morrison said this only partly explains the current port congestion in the US.

He said the sheer size of the US market and their demand for goods enables American companies to spend more money on containers and shipping space. So Chinese companies are prepared to prioritize directing goods and containers in the direction of the US.

“So slower vessels going in and out of China, higher demand in the US and it’s peak Christmas supplying season. So it’s this combination of impacts,” said Morrison.

For anyone in Australia importing or exporting goods that means higher prices for containers and less availability on vessels.

“A lot of agricultural goods and a lot of food and those sorts of things get exported from Australia and if you can’t get a container to put your goods into it becomes harder to get your goods to your buyer,” said Morrison.

He said Australian companies that sell goods months before they ship them are particularly vulnerable in the current situation of rapidly rising freight costs.

“For example, it might have been agreed to purchase back in January. So you sell your goods and you say, ‘Yes I’ll get them to you in China or the USA for $100,000, no problem.’”

“So I don’t know if you’d call it the COVID tax being added, but people are paying more to get a container. People take advantage. They can charge more so they will charge more,” said Morrison.

Read next: Navigating the storms 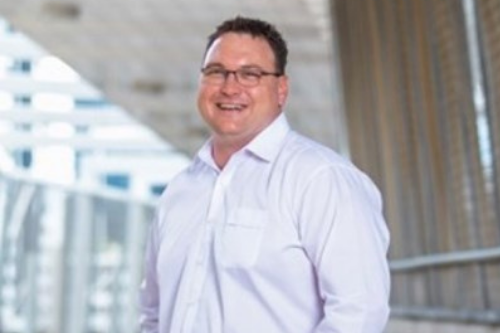 “Absolutely. Ship space is at an absolute premium now. It’s essentially pay to play. So you need to pay at that level that makes it worthwhile for the carrier to carry your goods for you,” he said.

Herron provides real world explanations to NTI’s underwriters to give them an analysis of how risks work.

“The biggest impact that COVID’s had on the logistics industry as a whole is the ripple effect from port closures, congestion and container supply,” he said.

Just how expensive is it getting?

“The last I heard in speaking to a contact of mine was that a forty-foot container from China to Australia was somewhere in the region of $5,000 to $7,000,” said Herron.

And that excludes additional fuel surcharges and other costs.

“Two odd years ago you were probably looking at maybe $2,000 for the same container. It has grown exponentially,” he said.

Herron is also seeing a fundamental shift in the behaviour of companies who import goods.

“What happened with COVID initially when the world went into shutdown, and China closed up to get in front of the pandemic, the carriers around the world basically said, ‘The just in time model won’t work anymore. You need to start stocking for the just in case model,’” said Herron.

“But that’s created backlogs at ports, at terminals and at manufacturers where the physical containers that these things ship in can’t keep up with demand. That’s all from people essentially buying more than they normally would to have that additional stock. So, what we’re seeing is the ripple effect of that,” he said.

Herron and Morrison advise you to buy your Christmas presents now.