More stories about Swiss Re

When what you offer is nothing like what’s available in the market, the only way forward is to outdo yourself – which seems to be what Professional Risk Underwriting Pty Ltd (ProRisk) has done with its all-improved management liability proposition.

Barely half a year since the product’s rollout on the underwriting agency’s proprietary quote/bind trading platform ProBind, ProRisk has already introduced enhancements. Originally, the policy’s sub-limits were ‘floating’, in that they were a percentage of the total limit.

“When we drafted the wording, we had consideration to what else was in the market,” ProRisk executive director Hamish McDonald Nye (pictured above) told Insurance Business, “and what I think we produced as a product is outstanding.”

“So we’re going to have a complete range of management liability products – one for sole traders and partnerships, one for private companies, and one for associations – and they’re the newest products in the market in their class and I think the best,” Nye went on to say.

“What we then did is test the market with our platform ProBind, which has been wonderfully successful since launch. We now have almost 1,700 users on the platform.”

For ProRisk product and technical manager Jaydon Burke-Douglas (pictured below), it’s about weighing up what the market wants and making a new product fit well with the target clientele.

Burke-Douglas, who is also the company’s general counsel, explained: “It’s a challenge to try and put a product together that people want to buy.

“And whenever you launch a product, it’s not just a fait accompli, you launch it to market and then you listen to feedback from the market in terms of where the competition’s at and where you need to be in order to be competitive – but not just be competitive, but in order to actually win some business and to be market-leading.” 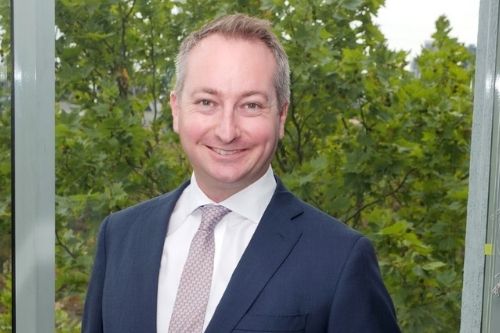 Meanwhile, he attributed part of the offering’s success to “the dream team of management liability underwriters,” which includes the agency’s capacity partners at Swiss Re Corporate Solutions, namely Jeremy Scott-MacKenzie and Lucinda Conlon. Over at ProRisk, the product head made special mention of Nye and Aimee Pozoglou.

Citing the quartet’s previously written wordings for other providers, Burke-Douglas asserted: “Between us, we’re responsible for probably like 80% of the entire management liability market in Australia.”

As for what differentiates ProRisk, Nye cited the decision to have sliding sub-limits within the agency’s products. As previously reported, ProBind features ‘sliders’ that allow users to adjust limits and deductibles based on an insured’s needs and specifications.

“It’s nothing anyone else was doing,” said the company’s executive director. “And we think it’s a great way to do it – it means that as you bought a larger limit, you got larger supplements. But I suppose one of the challenges with that was comparing one product against another.

“And we want to give people a reason to move. And so what we’ve done is we’ve standardised a lot of the supplements to enable easy comparison to our competitors, and remove reasons why someone wouldn’t buy from us.”

What Nye is most proud of, though, is how simple and easy it is to understand the structure of ProRisk’s policy. This, in his view, is particularly important in a regulatory environment where things can be very confusing for an SME client.

Burke-Douglas, however, is fond of how ProRisk’s deductibles aren’t “all over the place,” as is the case with the competition.

“What we’ve been able to do through dynamic real-time pricing models, is integrate a system that pre-prices the deductible risk into the premium. And we’ve done that so that you can slide the deductible up and down online. No-one is doing that.”