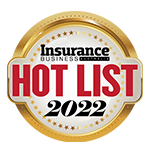 The past year saw a continuing trend towards a hardening market. The controversy surrounding business interruption insurance made news as insurers argued their policies were not designed for pandemics. So far, it appears the arguments are standing up to court scrutiny and insurers will be able to avoid payouts in the billions of dollars.

It was a big year for changes in systems and processes as insurers prepared for October’s raft of reforms. Triggered by the findings of the Financial Services Royal Commission, the new legislation included caps on commissions, regulation of claims handling and hawking prohibitions. The anti-hawking reforms are particularly far-reaching, affecting every business that sells insurance to retail clients.

The later months were notable for the impact of the second La Niña weather event in a row. Although less severe than its predecessor, which caused widespread damage and flooding, it had already been responsible for at least 69,000 property claims by the end of the year.

Unlikely good news came in the form of class actions, with the number falling to 37 last year. A substantial drop from a record 62 in 2020, this result suggests that fears of an explosion following legislative changes in 2006 might have been misplaced.

Spurred on by demands resulting from the pandemic, insurers continued to digitise fundamentals of the insurance process such as distribution, underwriting, pricing and claims functions. The trend towards partnering with insurtech firms also continued to open up new possibilities for collaboration.

Against this background of challenge and opportunity, the 50 Hot Listers in Australia stood out for their commitment to building a fair, sustainable and relevant future for the industry.