20th anniversary: Industry veterans on the collapse of HIH Insurance

This year marks two decades since the collapse of HIH Insurance, Australia’s worst ever corporate bankruptcy. Before it becomes 21 years, Insurance Business approached a range of industry veterans to find out their impromptu thoughts on the lasting impacts of this disaster.

A Royal Commission’s report in 2003 found that under-pricing, under-reserving and corporate governance failures were major causes of HIH’s $5.3 billion failure. Major reforms to the financial services industry followed, including strengthening the role of APRA (Australian Prudential Regulation Authority) and changes to laws regulating liabilities and claims procedures – to name a few.

Former HIH chief Ray Williams and former FAI Insurance CEO Rodney Adler both spent two and a half years in prison for their central roles in the collapse. Williams is now well into his 80s. Adler is still very active in the business world and advertises himself as one of Australia’s most “motivated and experienced corporate advisors”. He didn’t respond to IB’s request for an interview.

Read next: APRA’s oversight of life insurance industry at risk

When IB asked the new CEO of the National Insurance Brokers Association (NIBA), Phil Kewin (pictured above) for his thoughts on the collapse, by sheer coincidence, he was very well briefed.

“Dallas Booth [NIBA’s previous CEO who handed over to Kewin on 31st October] gave me some light reading and it’s three books: volumes one, two and three, The Failure of HIH Insurance, and each volume is probably about three centimetres thick,” said Kewin.

20 years ago, Kewin was head of aligned distribution for ING Australia.

“I remember reading about it [the HIH disaster] at the time. It seemed, in hindsight, like an accident waiting to happen. But hindsight’s a wonderful thing.”

Kewin said he experienced a kind of warning bell for the HIH collapse years before it happened.

“I was at the only life insurance company ever to be placed under judicial management, back in the 1980s, being Occidental. So, it sort of had some shades of similarity to that.”

Kewin said judicial management saved Occidental from effectively being the first life insurance company in Australia to go bankrupt. “It was an interesting time,” he said. 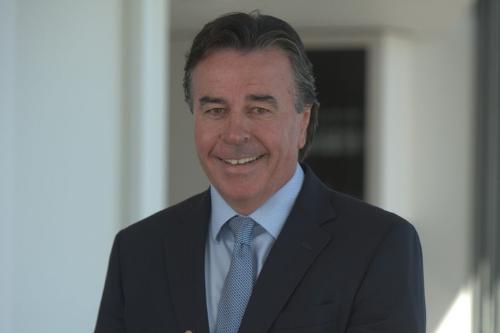 “If I look at my career and the career of the business, it certainly is a major event that occurred. Fortunately, we didn’t have a lot of business placed with HIH at the time, which was good from our perspective. However, it did create a lot of drama throughout the community,” said CEO John Saunders (pictured above), who was part of his Sydney based brokerage’s management team in those days.

A booklet marking the firm’s 50th anniversary mentions the HIH collapse as bringing “new challenges” including “a need for significant change in the way we do business.” No doubt insurance businesses across Australia were going through similar challenges.

“I certainly think that for any brokerage, it was a significant time for the whole industry- the fact that a major insurer could collapse like that.”

“It’s [the regulation] been for the better. So, I think the industry has learnt a lot since the collapse of HIH.”

For brokers, he said the key lesson was to only put your clients with reputable, very viable and very secure insurers that you know will pay claims.

“I suppose that’s been the testing case for all brokers, that it’s so important to have strong underwriters supporting your client,” said Saunders.

Karen Hardy (pictured below), principal broker with Acme Insurance Brokers, is an industry veteran based in Tully, Far North Queensland.

“I do remember it because it was like, holy moly! What are we going to do with all these people? But at that point, Allianz, I think, from memory, took everyone on board.” 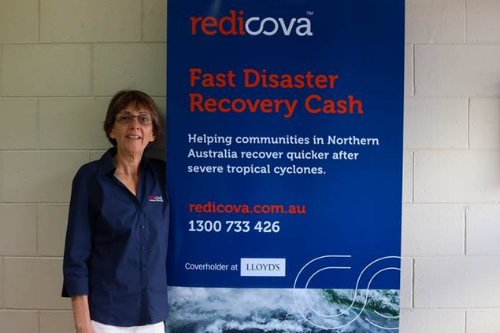 Hardy’s memory serves her well. According to a report by The Treasury, the number of affected policyholders would have been much higher if HIH had not sold most of its personal lines and compulsory third party (CTP) business to Allianz Australia.

However, Hardy is not altogether happy with the reforms that came in following the HIH collapse and more recent changes.

The broker is particularly unhappy with new duties of disclosure and target market determinations.

She said for brokers, the cost of compliance is now skyrocketing and she’s not sure of any benefits.

However, Hardy has nothing but praise for the new powers granted to APRA following the 2001 disaster.

“Oh yes, that’s APRA and that’s great that we actually have those fiduciary and reserve requirements in play because they’ve got to have enough money. So, kudos to them, that’s a great measure.” 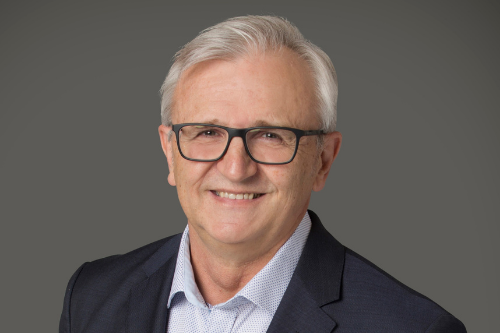 Daniel Lukich (picture above), sales and strategic relationship manager with Australian Accident Management Commercial (AAMC) has nearly 40 years of insurance industry experience. 20 years ago, he was a manager with Motorcare Services Australia.

The collapse of HIH helped bring in business, he said, as insurers looked for ways of reducing costs.

“It actually allowed us to provide a niche offering where insurers could outsource specialized services to us rather than try and manage everything themselves, I don’t think it was totally related to HIH, but it certainly had a profound impact on how insurance companies viewed their whole supply chain and the whole way they managed the business and the risks they took on.”

However, Lukich thinks the government and industry response to the HIH collapse is a classic case of overreaction.

“I think the industry has overcorrected to limit itself from what happened with HIH, the industry has become very introverted, risk averse, [and] very, very safe to the point of inertia, where I don’t see a lot of real innovation and entrepreneurial spirit in the insurance world around products.”

“So businesses grow on marketing spin, like the AAMI’s of the world who do it really, really well. And brokers place business where they have a good relationship with the underwriter and the product’s good.”

He said, as a result, the last 10 years has seen a lack of innovation around how insurers deal with consumer behaviour and managing claims.

However, he said, some big positives have come out of the collapse.

“I think the regulators keep an eye on the insurance companies’ reserves, their ability to pay claims and the reinsurance programs they have. It’s a lot more focused on that and I think insurers are self-regulating very carefully to make sure that no-one goes down that path again.”