“It's not often brokers do it the other way around. We often expect to get invited and do get invited to many insurer or agency events,” said Bell Partners managing director Matthew Bates (pictured above).

The event offered the chance, he said, to thank their insurer and agency partners for their support.

"Brokers without their underwriter partners are like Maverick without Goose,” said Bates.

Often, brokers don’t fully acknowledge their insurer partners, according to Bates, and the movie invitation was a chance to do that. Bell Partners hired the bar area for pre-film drinks and canapes and the entire cinema for the screening including dinner.

Read next: The broker assisted rise of the agencies

“It went off with a bit of a bang. It was good!” said Bates, who admitted to being a big fan of the original movie. “We’ll be going back to see it again,” he said.

However, he said he’d approached Top Gun: Maverick without too many expectations.

“I actually thought it delivered really, really well. I thought it was epic!” said Bates.

He was also very pleased with attendance numbers - see picture below showing Bates to the right with underwriters and premium funders.

“I thought, just looking around the room, I'm chuffed to have a good cross section of underwriters turning up but to have 44 and fill the cinema - I was incredibly proud!” said Bates. 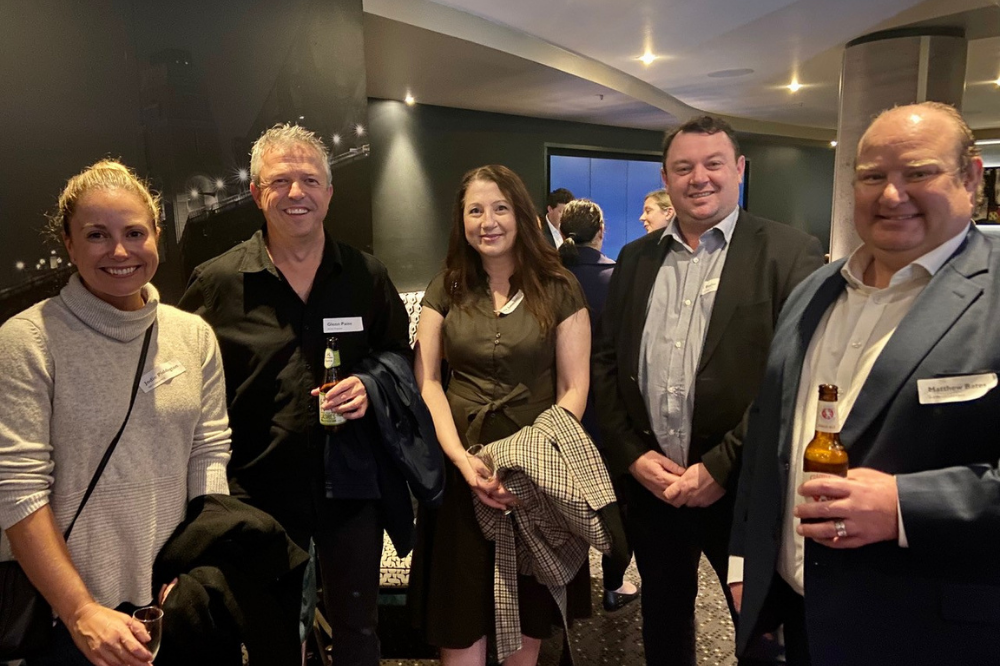 Bates did concede that the hype around the new Top Gun movie may have drawn some people in. However, the main drawcard, he said, was because his firm is good at what they do and value their insurer partners.

“It was just nice to do something different. I’m generalizing but our industry celebrations tend to revolve around alcohol or golf – and there were a couple of beers consumed, I can't deny that – but from the feedback I'm getting this morning from attendees, the difference was appreciated and some are asking if they can copy this event,” he said.

Bates said his eight-person brokerage is looking to grow.

“We're looking at acquisitions in the next 12 months and wanting to continue to grow. But it’s quality over quantity – that’s really important to our culture,” he said.

Bates said about 60% of his insurance business is “manually underwritten.”

“So it's not the down the line, web portal based business. That's one thing,” he said.

“The major insurers in my business do make up a large part of the top 10 supporting insurers that we place our premiums with. But yes, there is a big mix of agencies as well because as appetites continue to change in the space of the major insurers, we still have to find homes for certain industries,” he explained.

Bates said that in the seven or eight years that he’s run the business there has been a “rise of the agencies”.

“But the major partners, whether they be the Australian majors or the American majors, are still a very important part of our business,” he added.

Bates mentioned construction risks including for architects and engineers, professional indemnity in certain sectors and resources and mining, as strong in the agency space. However, “It’s just so wide and varied,” he said.

“There’s also accounting, which is a fairly vanilla based industry, but the majors - if I pick on Allianz just as an example - they completely recut their accounting portfolio a couple of years ago, rates went up three times and coverage was cut as well. The agencies have slipped into some of that space and have picked it up quite well,” said Bates.

“It depends on the risk. There's no particular sector that they're growing in,” he said.

Read next: UAC's William Legge: "There is no limit to what can be done"

In an interview with Insurance Business, William Legge, the Underwriting Agencies Council (UAC) general manager also noted a big uptick in business activity for his members in recent years.

“I think that the insurers have realized - and rightfully so - that the agencies can deliver to the market a lot quicker and probably a lot more cost effectively than they can,” he said.