Insurance lawyers say the Federal Court’s decision in the second COVID-19 business interruption (BI) test case is a win for insurance companies. In early October, Judge Jagot ruled that the insuring clauses in BI policies did not apply to COVID-19 related losses in all the cases before the court bar one.

The judgement means that insurers may avoid paying out billions of dollars in claims. However, appeals will be heard in the second week of November and a final verdict could be many months away.

“Unfortunately, but not unexpectedly, it looks like this is going to be delayed for some time when I think it’s in everyone’s interest to minimize the loss of revenue and get back to business,” said Mark Polglase (pictured above) chief underwriting officer for SMEs at underwriting agency Blue Zebra Insurance.

Given the ongoing uncertainty, Blue Zebra’s managing director Colin Fagen (pictured below) said one positive is that most insurers have put money aside to cover economic impacts.

“So, it shouldn’t be inflationary into the current costs or anything like that. That fact will probably help businesses in the next period because any inflation that feeds through from any insurance costs will hit businesses pretty hard,” he said.

Polglase said it’s “universally acknowledged” that BI policies were never intended to cover pandemics but the decision is going to vary depending on the insurer. 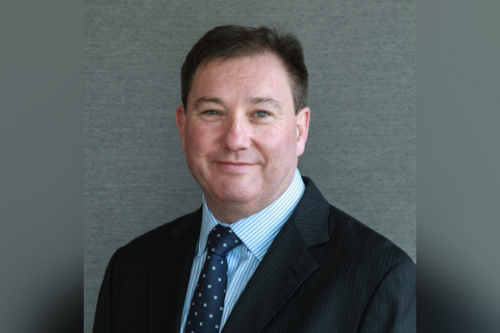 “It seems like every case is going to have to be treated on its merits, is the way I read the interpretation of the latest decision, so it’s going to drag for quite some time.”

Fagen said Judge Jagot’s ruling does bring some clarity to the issue of BI policies and pandemic coverage.

”Where you’ve got cases that are very similar or fairly similar, yes, that helps and it probably helps the brokers advise their clients as well,” he said.

Polglase said the test cases in the federal court have emphasized the importance of the fine print in insurance policies.

“Even though the intent may be clear, the fine print part needs to be clarified around things like the incorrect references to acts, so that’s at least being overcome. We have some certainty around that part,” he said.

Polglase sided with the judge in terms of her refusal to accept that the intent of the incorrect fine print in these BI policies should be enough.

“When we concede that the fine print is incorrect or outdated but the intent is clear, we could actually have the effect of eroding public and community confidence in the industry if we’re relying on intent rather than fine print,” he said.

How do Polglase and Fagen feel about the potentially many thousands of business owners who may not have any coverage for economic losses under BI policies?

“It’s clearly an unforeseen situation and I think businesses are within their right to try and interpret the policy wording,” said Polglase.

He said it’s a challenging situation for a business because they need to show a direct connection between COVID and their premises.

“Each business has had a different capability to respond and react to the continuity of their businesses so it’s a case-by-case basis and I certainly don’t blame the businesses for exploring this option. It’s an opportunity to get themselves back up and running as quickly as they can,” he said.

Fagen said BI cover can be a complex and uncertain area.

Fagen hopes that the outcome of these federal court test cases is a much stronger degree of certainty and clarity in the policies.

“You want the certainty in the cover for everybody to be well understood,” he said. “You want the ability to price that risk and have the price and conditions as they should be in the policy wording.”

He said when the client understands what they’re covered for you can manage the claims, the relationship and the exposures with more certainty.

Polglase agreed and hoped clarity would help overcome some of the challenges selling BI coverage to brokers and clients due to its complexity and potential to be misunderstood.

Meanwhile, Fagen doesn’t think pandemics can be covered by insurance policies like BI, at least in the short term.

“I think I’d really question the affordability,” he noted. “People talk about wanting covers and wanting to cover virtually every outcome but then the next question is how much is it going to cost?”

He said if the insurance is unaffordable businesses can end up not buying the other covers that they really do need for more fortuitous exposures.

“So I really don’t see the industry bringing this type of cover in, and it really has never been the intent to have this sort of cover there,” said Fagen.