As the royal commission into the disastrous bushfire season, dubbed Black Summer, rolls out, insurers are calling for reforms and government unity to help pave the way to fairer and more valuable policies for consumers.

It comes as the insurance bill for the Black Summer bushfires passes $5.19 billion, with more than 15,000 new claims lodged in the past month, amounting to a total of 288,100 claims since the blazes broke out. The figure has placed further financial strain on insurers who are already stretched amid the COVID-19 pandemic.

For Robert Cooper (pictured above), director of CPR Insurance Services, the royal commission is likely to highlight the issue of underinsurance and the financial burdens associated with taking out a policy.

“I think the royal commission will probably include lobbying with governments to make changes to deal with underinsurance as well as non-insurance,” he said. “But one of the problems for people in NSW particularly are all the government taxes that are on insurance.”

Government taxes, such as the emergency services levy, add costs of up to a third of what consumers are already paying in existing premiums. In addition to the 33% levy, consumers have to pay 10% for GST and the state government stamp duty of 9%. For Cooper, it’s an issue of social inequality.

“The levy definitely impacts the poorest people the most,” he continued. “If you want to insure your house, you have to borrow money to buy it and the bank requires you to insure it as a condition of the loan,” he explained.

“These add-on charges are all compounded so you might get your premium, plus GST, then they put the 33% fire service levy on it and then, on top of that, they charge you another 9% for stamp duty… It’s too expensive.”

An issue of inequity
According to Cooper, NSW is the only state with an emergency services levy that’s placed on insurance. However, if only 53% of homeowners have insurance, they are paying a “disproportionate amount” for the funding of those services.

“There needs to be a fairer way of collecting levies to fund emergency services and that’s happened in every other state,” he said.

One prominent issue that has presented itself from the sheer scale of the fires has been the homelessness that occurred after 3,000 homes were destroyed.

“Unfortunately, for a lot of the people, because they’re located in country areas and a lot of the householders policies make provisions for temporary accommodation – a lot of that hasn’t been available for them because of the bushfire damage. So, some people are living in tents and caravans and then, on top of that, it made it hard that straight after the bushfires a lot of those areas got hit with storms,” Cooper said.

“Victims had to deal with hail and floods. So, a lot of the landscape changed, which means you’ve got to basically start right from scratch.”

The NSW government paid for the removal of debris, which Cooper says provided relief for the already battered insurance industry, but the real cost of the catastrophic season is yet to be seen due to the amount of uninsured homes that have been destroyed.

“A substantial amount of homes were underinsured, which means that it could cost you, say $400,000, to rebuild your home because in an area where everyone wants to have their homes rebuilt, the demand is greater and it pushes costs up, naturally,” he said.

In addition, Cooper says consumers should expect to see premium prices climb because so too have insurance risks.

“The increase to premiums can cause more underinsurance and non-insurance… in this past year, we’ve seen a lot of different things happen. The country areas have been hit with drought, then a lot of these places got hit with storms, and now we’ve got a virus that they have to deal with as well, so… it’s not been a good time for a lot of Australians,” he said.

Insurance is not a “God-given right”
For Dale Hansen (pictured below), CEO of Austbrokers Coast 2 Coast, the royal commission is likely to highlight some ugly truths about insurance that few are willing to admit to. 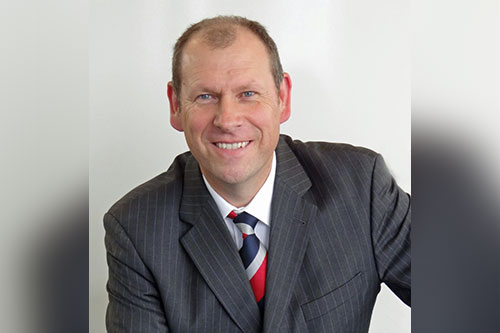 “I think one of the first things a royal commission needs to do is to examine the fact that insurance isn’t a God-given right, it’s not always going to be there for all people at all times,” Hansen said.

Read next: Rural Affinity partners with Munich Re to serve farmers amid catastrophic conditions

Hansen believes that in order for the royal commission to understand how risk profiles are completed and how risks are managed and priced, it needs to seek the views of insurers.

“There’s going to be some risks that aren’t going to be insurable, which makes credit and finance difficult,” he added. “We have a really significant role to play with the commission because I don’t think they have a good understanding that just because insurance has always been plentiful and easy to get, we haven’t had the tools to do that specific individual risk rating that we can now.”

Too little too late?
Cooper says the government’s lack of action and acknowledgment of climate change has placed insurers in a difficult position.

“A lot of people think the horse has bolted,” he said. “I think that’s what you’ll see in this royal commission is that some people will say ‘I think it’s too late, we warned about this 20, 30, 40-years ago’. It’s too late, it’s very hard to go back and fix things. But what they can do is mitigate the fact that it’s getting worse in the future.”

This sentiment surrounding government inaction was also echoed by Hansen, who says the insurance industry has been repeatedly mistreated during crises.

“There’s no question the insurance industry is used as a scapegoat during natural disasters… you can’t just free kick insurers and the insurance industry around because, at the end of the day, we’re the industry that puts everything back together again,” he said. “Always handing out support packages to uninsured people is not always helpful because it could be considered as a disincentive to insure.”

According to Hansen, the intense scrutiny of insurers from the media during pandemics, crises and natural disasters are often like cheap shots used to criticise the industry which is at the forefront of response efforts.

“It’s a cheap headline, it’s cheap copy, it’ll make headlines in the news to criticise the industry and insurer per say, but that pays a great disrespect and disservice to every single person who works in this industry because, at the end of the day, without the insurance industry, the whole credit and finance industries stop,” he said. “You can only borrow for it if you can insure it.”

However, despite the conflicts and scrutiny, there is a path forward – Hansen says state and federal governments can help insurers deliver more value to consumers during crises by engaging with the industry in a “non-combative” manner.

“We don’t need royal commissions, we don’t need top stories from Today Tonight, we don’t need pot shots from senators and MPs about individual circumstances – they can come and engage with us in a friendly and consultative manner,” Hansen said.

“If they come to us wanting to have a legitimate, honest conversation on risk management, without a finger pointing exercise… If we’re willing to engage in that possible process and we get down to bushfires hazard reduction, construction materials, etc., you can start explaining the reasons behind individual policies and premium prices.”

The regulators and governments “absolutely” need to work hard to address insurance inequities, but Hansen says they don’t have to do it alone.

“We need to be supporting each other and I welcome the day when we are all around the table having a supportive risk management conversation about the way we manage our risks,” he said.