Insurance brokers have been getting out and assisting clients who have suffered damage as a result of the Townsville flood, which has been described as a once-in-a-century event even more devastating than the 1998 ‘Night of Noah.’

According to Steve Brown, insurance manager at The All Finanz Group, the city was not prepared for the sheer level of rainfall, and the resulting damage has been severe. He says all holders of home and contents policies will be covered for flood events.

“Some might have expected 200mm of rain, not 500mm to 1m,” Brown told Insurance Business. “How affected your home is really depends on which pocket of town you’re in. It’s been really devastating to drive around and see all the badly damaged homes, but there are also pockets of town that have hardly been affected at all.

“We’ve got clients all over town and we have homes, businesses and cars which have been insured. We’re just waiting for the storm water to leave and the rain to stop, and then we can get into helping our clients deal with the damage.” 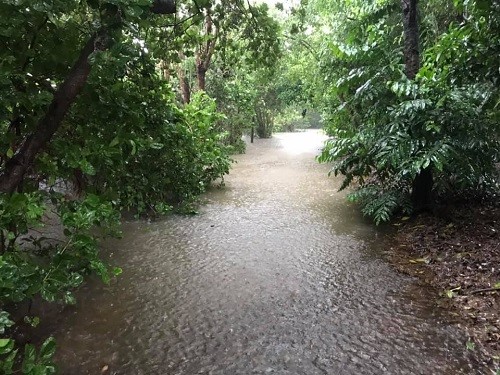 Brown says that legislation brought in post-Cyclone Yasi means home and contents policies must have defined flood wording, so all retail clients will be covered for damage. He says riverside properties may also take damage as a result of the Ross River Dam opening, as risking the dam’s failure would be catastrophic for the entire city.

“Nothing like this has happened before, not even Cyclone Yasi brought in this much water,” Brown said. “The amount is really extraordinary. We’ve had 1.5m of rain in eight days, and ultimately engineers and the city council have to make a decision about the level of the dam. We can’t let it get to 300% capacity and fail - if that happens, the entire town could be destroyed. That means houses along the river may need to be sacrificed.”

“At the end of the day, the people of North Queensland are very resilient,” he concluded. “Everybody is checking the damage they’ve got and making phone calls to their insurance brokers and companies. We’re really just getting in there and cleaning, looking at what’s damaged and trying to help our clients any way we can.”