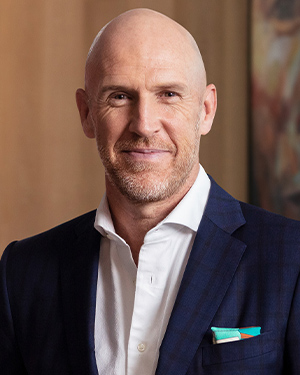 With more than 30 years of experience in the insurance business, Gordon Watson is one of the industry’s most accomplished talents. An energetic and creative leader, he believes strongly in the power of collaboration, diversity and innovation to drive results and to help others achieve success, a philosophy that has earned him a sterling reputation, both in Asia and globally.

Gordon’s experience of the insurance industry is as broad as it is deep, having held a number of key senior roles at AIG/AIA spanning multiple continents and cities, including New York, London, Nairobi, Dubai, Tokyo, Seoul and Hong Kong. While living in Tokyo from 2008 to 2010, Gordon led the operations of AIG Life Companies for both Japan and Korea as Regional President and was also the Global Executive Vice Chairman for Alico before it was acquired by Metlife.

Before joining AXA, Gordon was the Regional Chief Executive of AIA Group based in Hong Kong, and guided business growth in key Asia markets.  He also championed a range of major new initiatives ranging from health and wellness programmes to corporate partnerships.

Gordon is a driven leader outside of the insurance industry too.  Gordon is the founding Chair of Shared Value Initiative Hong Kong, a non-profit membership organization that helps private companies create measurable economic value while generating value for the community by improving social or environmental conditions.

Gordon is also the Non-Executive Chairman of Tricor; is a member of Cyberport’s Advisory Board for Fintech, is a GlobalScot; is a board member of LL Global, the parent company of LIMRA, LOMA and Secure Retirement Institute® (SRI®); is part of the Leadership Circle of Unusual Pioneers, affiliated with the World Economic Forum; sits on the Asian Board for the Saltire Foundation and Entrepreneurial Scotland, and is a member of the Global Guiding Council of One Mind at Work.