5 states where you don't want to file an auto claim

by Caitlin Bronson 15 Jun 2015
SHARE
A producer’s role could include advising consumers on whether or not to make an auto insurance claim in certain states, where filing just one claim worth more than $2,000 could cause rates to jump by more than 40%.

According to a Quadrant study, data from the National Association of Insurance Commissioners suggest that rate increases vary widely state by state, though some face jumps of nearly 70%.

Massachusetts led the nation in rate increases, where drivers experience an average 67% increase in premiums after filing a claim of more than $2,000. The state was followed closely by California, with a 62% increase, New Jersey (59%), North Carolina (47%) and Minnesota (45%). 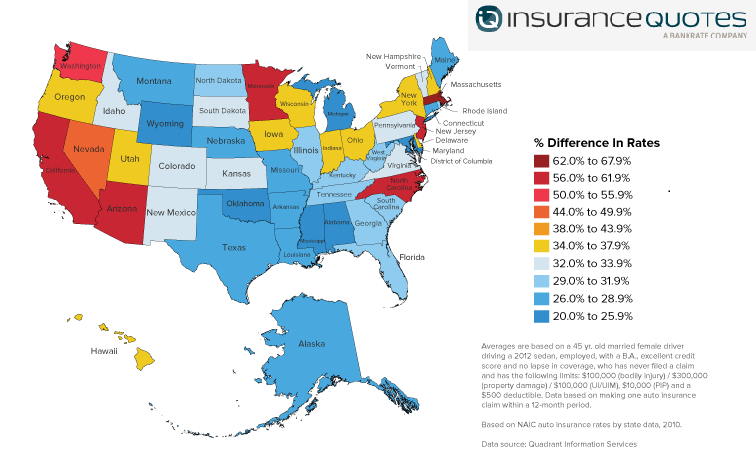 The rate increases varied slightly for bodily injury claims related to auto accidents, though the same states led the pack with jumps ranging from 49% in Minnesota to 73% in Massachusetts.

Insurance Information Institute President Robert Hartwig said that while the increases made sense in theory, he was “very surprised by the magnitude of these numbers.”

Hartwig added that producers can help avoid such high premium increases to an extent by shopping around for more moderate rates.

“The market is competitive,” he said.

The Quadrant report found that while post-claim auto premiums increased significantly for drivers in all states, the penalties weren’t quite as great elsewhere.

Maryland drivers are the luckiest, according to the NAIC data, experiencing just a 20% increase after filing a claim. Alabama followed with a 22% increase, and Michigan (23%), Wyoming (23%) and Oklahoma (25%) rounded out the bottom five.

How to succeed after selling your insurance agency