Topa Insurance Group has announced that its president and CEO, John Donahue (pictured above), is resigning from the company at the end of the year.

Donahue relocated to Southern California almost six years ago to serve as president and CEO. A release said that his decision to resign was a personal one.

“I have had the privilege to work for the Anderson family and Topa Insurance Group for almost six years,” said Donahue. “During this time, I have had the honor of assembling and collaborating with an amazing management team, a supportive and engaged board, and a wonderful group of hard working, dedicated employees.”

Donahue explained that the commute from the Bay Area to Southern California has been difficult for his family. He said that his decision to resign was driven by a desire to improve the quality of his and his family’s life, but also mentioned that he will miss every person he has had the pleasure of working with.

A release said that Michael Day (pictured below), a member of the Topa Insurance Group board of executives, will assume the position of interim president and CEO, while parent company Topa Equities will begin its search for Donahue’s replacement. 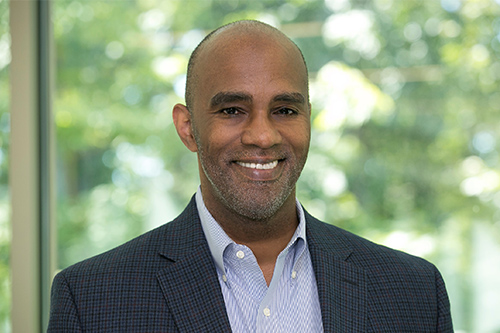 Day has more than 35 years of financial and business experience, including 12 years of industry experience serving as CFO of CSAA Insurance. He has also worked for major companies such as MTV Networks, The Walt Disney Company, and Deloitte.

“My family and I greatly appreciate John’s many contributions in building our insurance portfolio, our employees, and our executive team,” said Topa Equities executive chairman Bill Anderson. “We are very fortunate to have Mike Day assuming this leadership role, and the board and senior team very much look forward to working with him.”