How are businesses faring in the State of Disaster?

In early August, Victoria was thrown into a state of disaster by Premier Daniel Andrews as COVID-19 cases began to spike again. The dramatic legislation enacted a strict curfew, full business closures for non-essential workers and will be enforced until at least mid-September.

“We haven’t heard from any of our clients since the state of disaster was announced, everything’s just gone quiet,” he said. “I think what they’re doing is basically just enduring the next six weeks – they’re just hunkering down, and nothing is happening.”

While his clients, who are in the fitness industry and in the business of owning gyms, are focusing on “riding out the storm” for now, they do so in the knowledge that Burke had already worked hard to enable the best financial outcomes for them earlier in the year. He says that in March, when the gym industry was initially forced to close, his clients came to him in droves requesting premium deferrals, discounts and wanting to reduce their insurance cover.

“They went through it all then but now it is a case of they know where they’re at and they’ve just accepted that they’ve got a six-week shutdown,” he said. “They will endure it and try to get through to the best ability that they can.”

A few, however, have made business interruption claims on their insurance cover, but Gavan says the outcomes of those claims won’t be determined until the Supreme Court rules on whether insurers can exclude COVID-19.

“There’s been no business interruption claims that have been accepted anywhere,” he explained. “There’s a court case going on at the moment to ascertain whether insurers have got the correct policy wordings. It’s up to the courts and the litigators to determine that.

“We’re just waiting to see what eventuates out of that… all we know is it’s a case that’s been put together to determine what applies – whether it’s the Quarantine Act or Biosecurity Act.”

While the outcome of the case could help his clients, none of them are holding their breath. Since the state of disaster was declared, Burke has already seen three clients permanently close their businesses.

“As they put it, they were on the edge of the precipice before this happened anyway, this just pushed them over,” he said. “It will be interesting to see at the end of this, how many do close and how many can survive because all they’re doing at the moment is just trying to get through this period but financially it will be tough on them. As every week goes by, it will be tougher and tougher.”

For Scott O’Neill (pictured below), director of CP Insurance Services, his retail clients are focusing on transitioning their product lines online to survive the crisis. 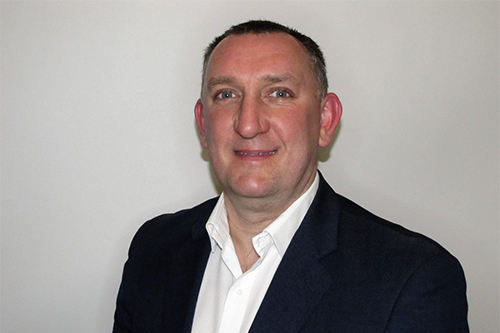 “A lot of them already moved to online earlier in the year,” he said. “The first wave was the test and a lot of retailers then at various levels were forced to take up moving online if they hadn’t already. Now, they’re 100% focused on online business.

“I was checking out some of my clients’ websites over the weekend and noticed that some of them have the ‘no, we’re closed’ – there’s no online sales at all – whereas some are quite heavily active on Facebook and other social medias, advertising the fact that they’re online.”

Some savvy clients have gone as far as to adapt their product lines to meet consumer demands during lockdown – such as clothing retailers selling facemasks.

“Their advertising for what people are searching for,” he said. “One of my clients is very heavily advertising the fact you can get home gym equipment and get it delivered to your house, so there’s a great example of getting the message out and responding to the situation - that you’re stuck at home, but you can still exercise even in your own home.”

Unlike Burke, O’Neill is lucky that he hasn’t had any clients shut up shop permanently, as of yet. But it doesn’t mean he’s been spared having difficult conversations with distressed clients.

“I had one discussion with a client who owns a family-owned business, so it’s been passed down through I think three generations now and it’s obviously the toughest challenge they’ve faced since the store opened,” O’Neill said.

“They feel, in a way, that they’ve failed the family because they’ve had to shut the business down and their great grandfather didn’t have to do that. Now they have to shut their doors and may never be able to open again…” he continued. “That’s another tough discussion to be having with a business owner who inherited the family business and is going through such a challenge…”

Clients of both Burke and O’Neill are largely surviving through the government’s JobKeeper programme. Without it, they both concede their clients would be devastated by the economic downturn from the virus.

“That’s their lifeline,” O’Neill said. “If it wasn’t for JobKeeper, I would be telling a very, very dire story. If JobKeeper didn’t exist, it would just be over for them. To hear that JobKeeper has been extended to March next year, that’s great. Any government support that they can receive is now paramount for them.”

But the real test for businesses will be when the Christmas retail shopping splurge begins – a period of trade that most rely on to bolster their sales and profits.

“Traditionally, October through to December is the period of the year that retailers rely heavily on. So, if you take away their Christmas trade, that would be devastating for them. The hope would be that things would start to open up again and we will see people shop in their stores starting October onwards,” O’Neill added.

“For a lot of these retailers, especially the older style ones that have stuck to traditional operations, they would be hit very hard without a Christmas trade. In fact, that would almost be the killer blow for them.”

Meet your virtual host for the Insurance Business Awards 2020