Insurance Business Australia Awards: Highlights from a night of triumphs

Insurance industry professionals from around Australia flocked to Doltone House on Sydney’s Darling Habour last week for all the glitz and glamour of the fifth annual Insurance Business Australia Awards.

More than 500 insurance professionals, including brokers, authorised representatives, insurers and underwriters enjoyed all the excitement and pizazz. The intense work of the industry’s best was recognized in 25 prestigious categories.

The night’s fun included a pre-awards cocktail reception, red carpet, dinner banquet and awards ceremony – and, of course, live entertainment throughout the evening.

“I’m terrified!” said James Toth, managing director of Kona Recruitment as he took the podium. “It’s my absolute honour and privilege” he added as he announced the excellence awardees for the Australian Brokerage of the Year Award (6 to 20 staff). The winner was allinsure. Kona sponsored the Australian Young Gun of the Year award.

“This is not something that we do day to day for awards, but it is nice to recognise all the work that’s being done and it sure is nice to grab an award,” said Brown, who is also director of Allstate Underwriting.

Brown also paid tribute to William Legge, the outgoing general manager of UAC, to a round of applause from delegates. 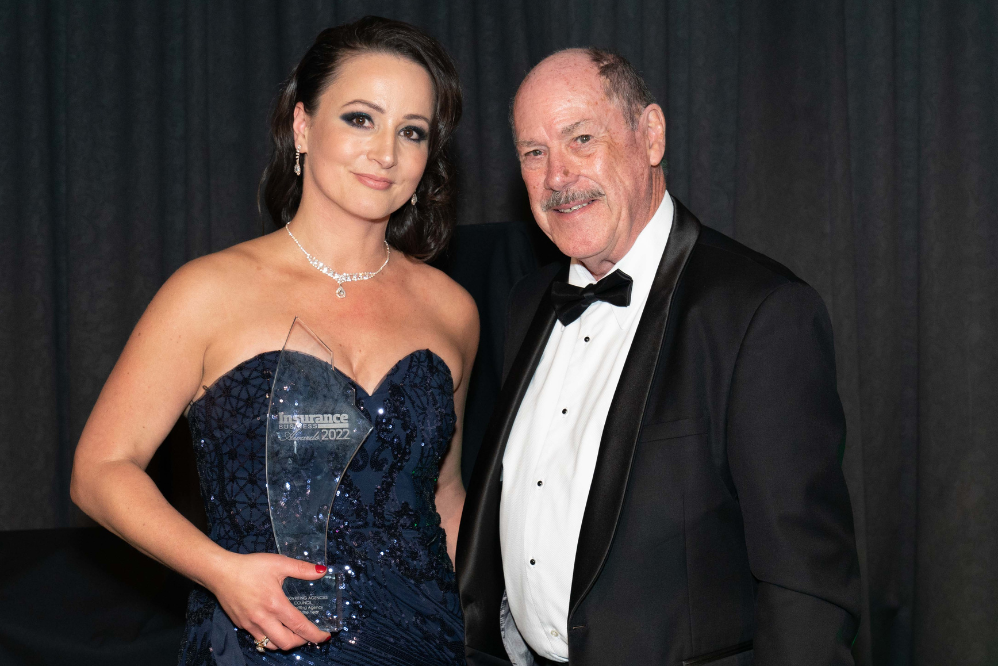 Tanushree Arora-Sopori and Sumit Sopori (both pictured immediately below to the right) from Imperium Insurance and Financial Solutions won the Brokerage of the Year award (1 to 5 staff). They are seen here with Daniel Marsh (pictured immediately below left) of Blake Oliver Consulting who sponsored the Australian General Insurer of the Year award that was won by Allianz and accepted on the night by Phong Ly. 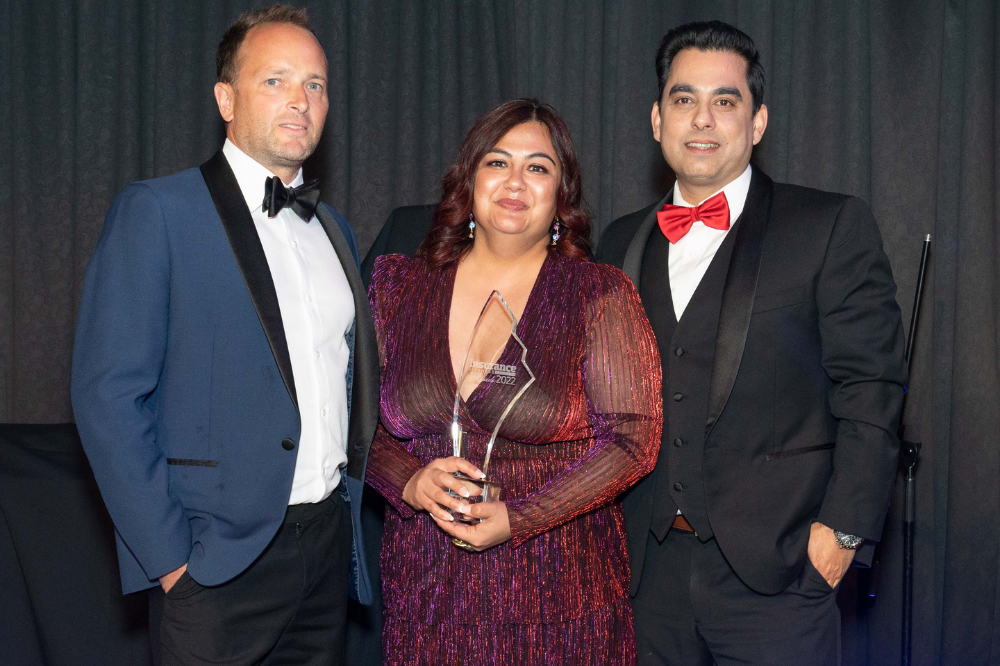 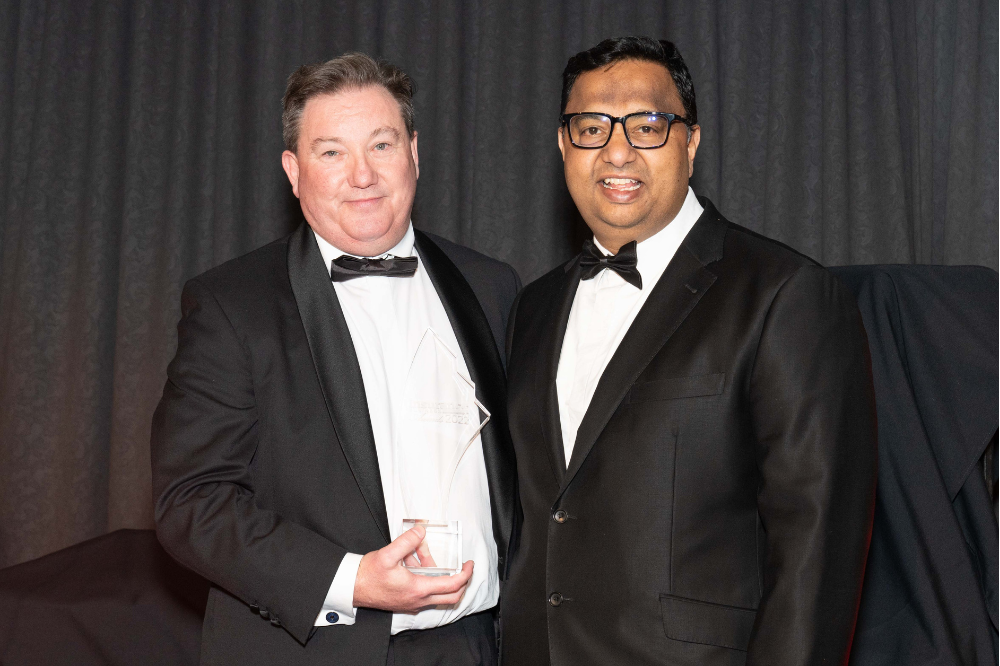 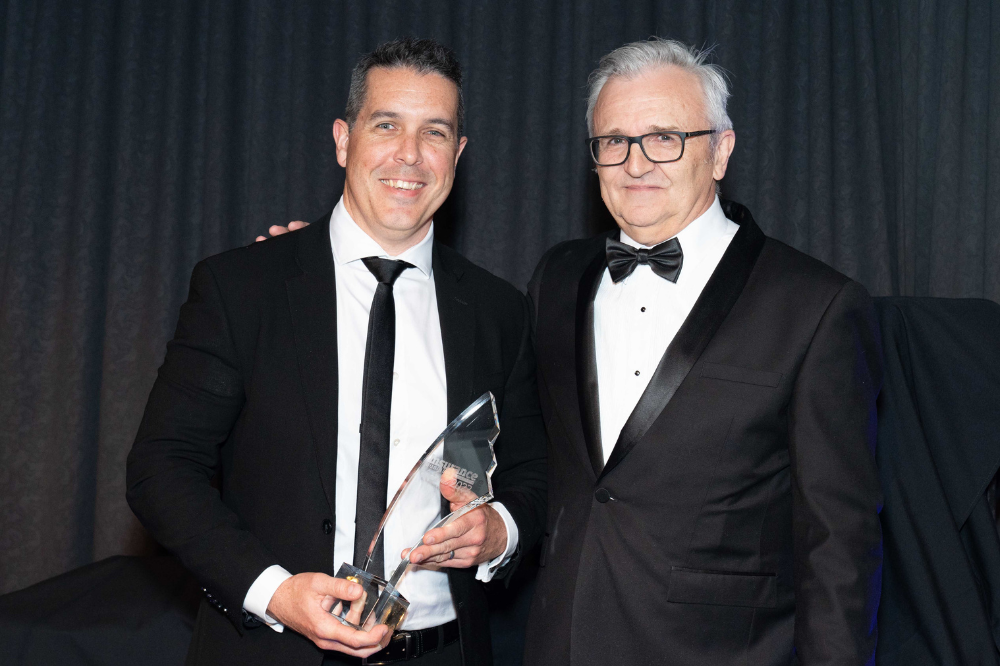 James Toth (pictured immediately below left), from Kona Recruitment, represented the sponsor of the broker award, Australian Young Gun of the Year. That award was won by Nicole Pallavicini from Marsh. In this photo Toth is with Peter Chamberlain (pictured immediately below right) from allinsure, whose firm won both the Brokerage of the Year (6-20 staff) and Best Customer Service from an Individual Office awards. 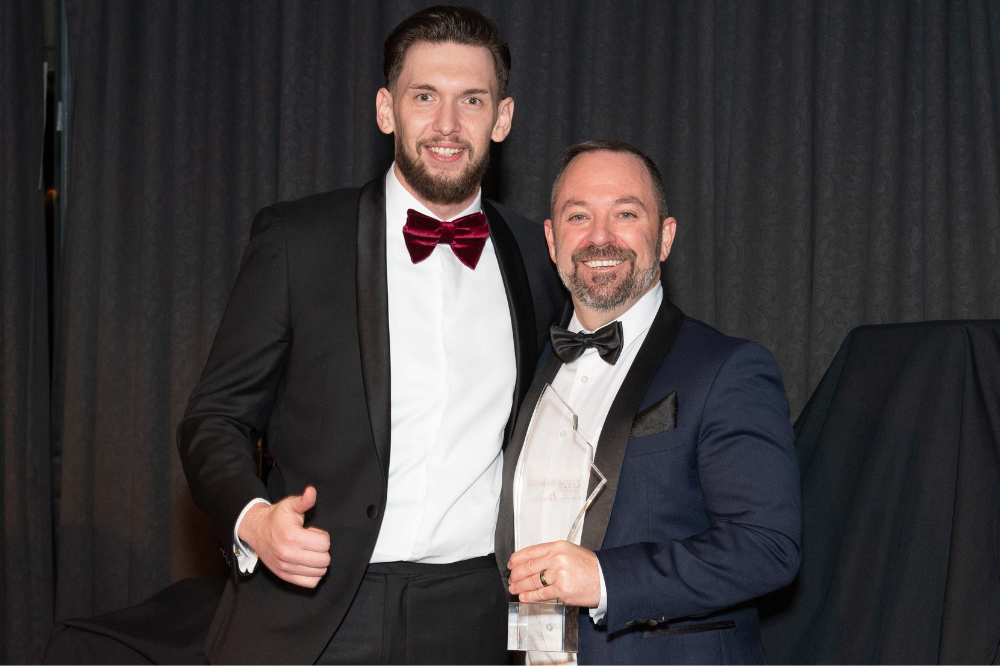 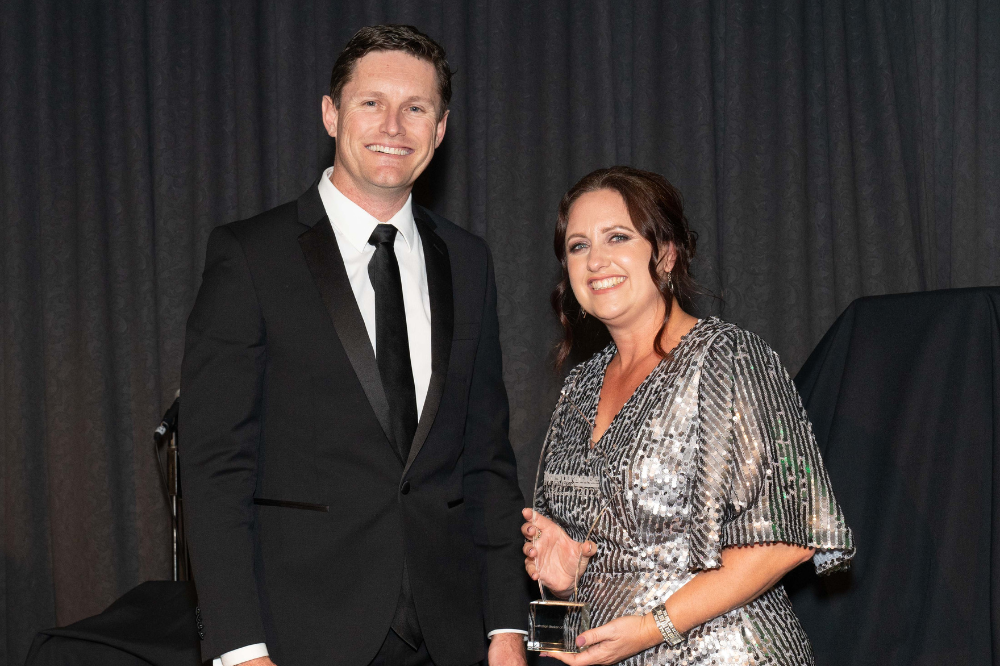 Comedian, actor and presenter Ed Kavalee hosted the event with his trademark humour and wit. Groove Academy’s Party Band kept delegates tapping their feet and dancing well into the night.

IB is particularly grateful to all of this year’s judges and extends a special thanks to the award sponsors: AAMC, AXA XL, Blake Oliver, CHU Underwriting Agencies, Duck Creek, QBE, the Underwriting Agencies Council (UAC) and Wilbur for supporting this event and for the recognition of insurance excellence.

See here for the full list of both winners and excellence awardees  – and be sure to check out the Insurance Business Australia Awards website for more footage of the night’s action.