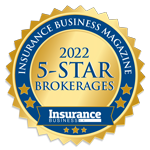 Connecting consumers and businesses with insurers, brokers are vital cogs in the UK insurance machine.

Doing their part in this flourishing ecosystem, the 15 winners of the IBUK 5-Star Brokerages awards distinguished themselves with impressive growth in revenue, profits and policies written, as well as number of clients and brokers. And they did it all despite COVID-19 lockdowns, labour uncertainties and regulatory burdens – not to mention Brexit. 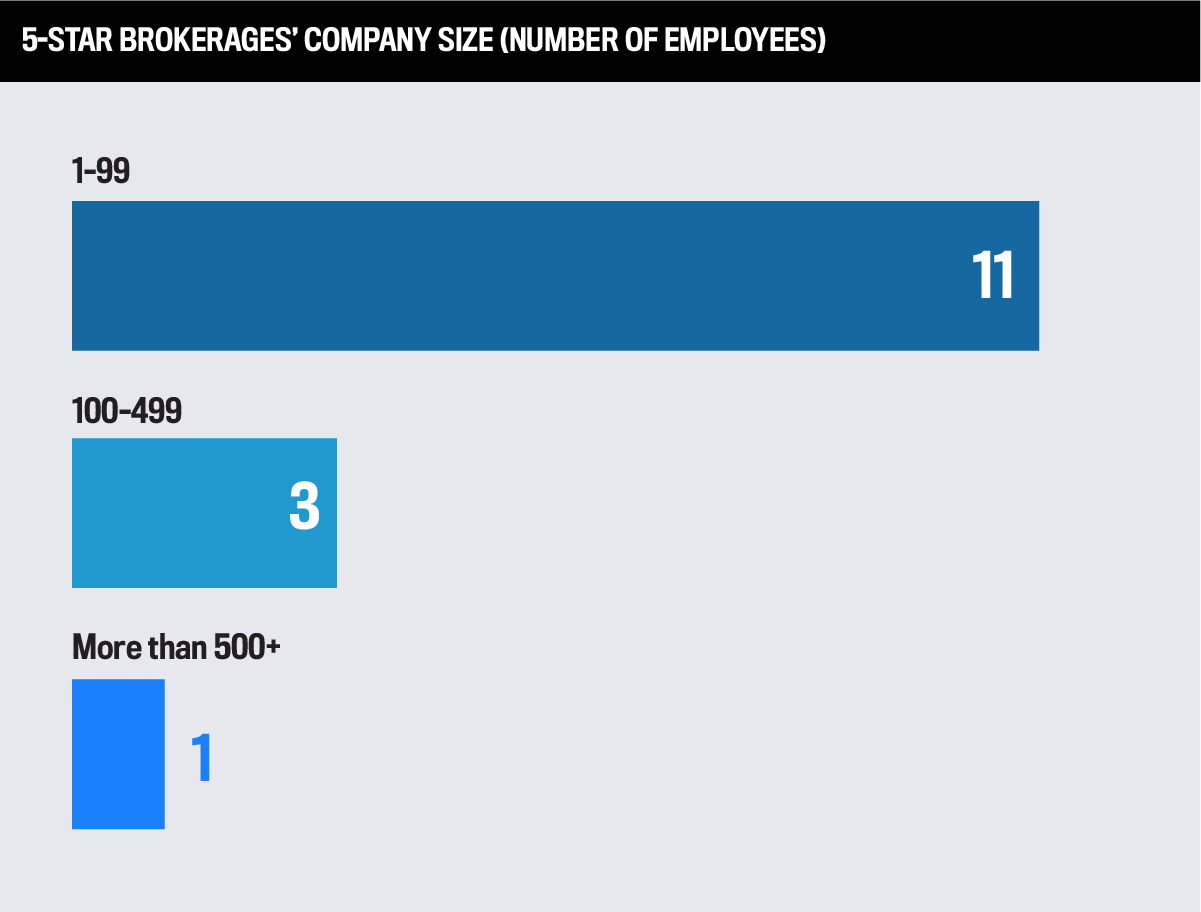 What makes our winners tick

In addition to distinguishing themselves with impressive growth in revenue, profits, policies written, clients and brokers, The Plan Group scored a net promoter score (NPS) of 85. Considered by some to be the Holy Grail of measuring customer satisfaction and loyalty, the NPS is a number between –100 and 100; above 80 is considered world class. How did they do it?

“The aim is to deliver tailored insurance solutions with warmth, decision and expert insight,” he explains. “It sounds fairly simple, but not a lot of financial firms manage to achieve it. I think we’re approachable yet dynamic, responsive and entrepreneurial. We’ve got six IT developers with a motivated, practical team.”

Meanwhile, in addition to chalking up impressive metrics to win the award, Broadway Insurance Brokers has acquired £5 million in GWP and £1 billion in corporate product line assets under cover in only 18 months. What enabled them to do it?

Daniel Lloyd-John, the founder and CEO of Broadway Insurance Brokers, another award winner, says the company has over 200 years of combined expertise, is great at attracting and retaining talent, and has an innovative “future talent” program.

“I think, economy wise, it’s been pretty buoyant demand on both sides … from [the] business and consumer [perspectives]. But I think the biggest problem we’ve been facing in 2022 has just been the hunt for talent”
Grant Georgiades, The Plan Group

“We are a fast-growing and agile business that enables entrepreneurs, companies and high-net-worth individuals to get a better result,” he explains. “So our intention at the beginning of this journey was to change insurance broking for the better. Our mission is to deliver a partnership experience where everyone wins – and that includes the client.”

“We have four strategic pillars in our business, focusing on career opportunities, clients’ experience, optimization and digitalization, but we focus a lot on relentlessly delivering growth and sustainable profitability.”

“I think, economy wise, it’s been pretty buoyant demand on both sides … from [the] business and consumer [perspectives],” says Georgiades. “But I think the biggest problem we’ve been facing in 2022 has been the hunt for talent.”

According to a recent poll of 623 insurance professionals by the Chartered Insurance Institute (CII), 44% of companies are providing flexible work conditions, 23% are mapping out career paths, 22% are investing in training and development, and 12% are increasing benefits to attract and retain talent. Georgiades says he and a lot of people he has talked to in the industry this year have been scrambling to fill talent gaps, retrain, redeploy resources and upskill people. So far, it’s worked.

“I suppose it really focuses the mind by dropping stuff that is speculative and focusing on subjects that have a firm reward or return,” he adds.

Lloyd-John has a different take. But because he only launched his company’s operations in 2020, he is in a somewhat different space, with 15 employees and growing, and is cautious of holding on to talent.

“What I’m seeing is a very resilient, buoyant broking community across personal lines and commercial lines, leading into large corporate,” says Lloyd-John. “But I’m seeing quite a disrupted insurance space where they are struggling to keep hold of people actually for the same reasons that [Georgiades was referring to]. For this insurance gig to work well – in the eyes of customers large and small – it requires a stable, well-functioning community.”

The Bank of England believes the UK inflation rate, which is at a 40-year high, will not begin to fall until 2023. That isn’t good, especially when wages aren’t keeping up with inflation, according to the Office for National Statistics, which has seen a 3% drop in real pay between April and June.

“I think everyone’s going to be pinched, and there is going to be a reduction in our disposable income,” says Georgiades. “But it’s just making sure that we minimize that as best we can.”

“For this insurance gig to work well – in the eyes of customers large and small – it requires a stable, well-functioning community”
Daniel Lloyd-John, Broadway Insurance Brokers 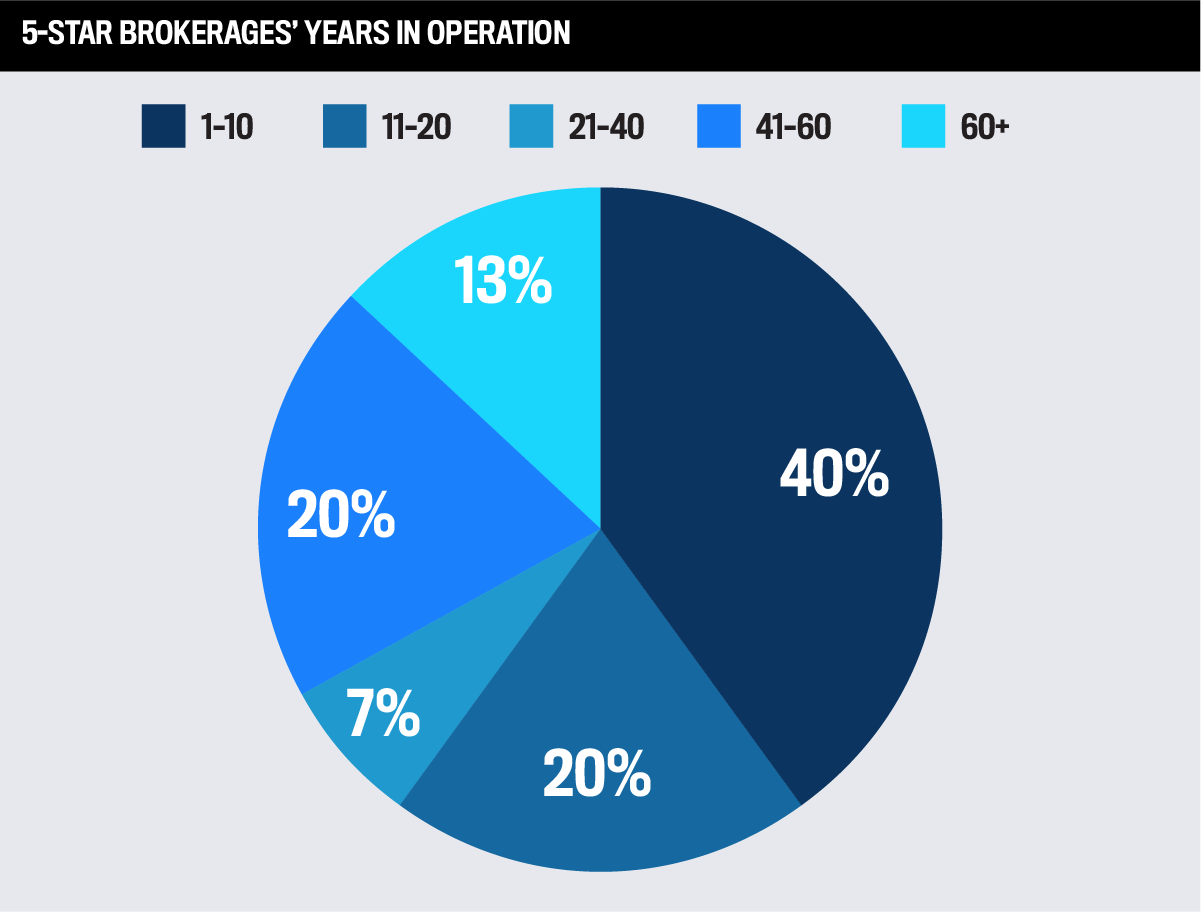 Doing its best to maintain a market of high standards while advocating for consumers, the FCA launched a new three-year strategy in April. It’s focused on delivering results instead of processes and making more data-based decisions.

At the BIBA Conference, Mills explained that brokers play an important role in helping businesses and consumers get the insurance products they need to safeguard against unexpected financial losses and that the FCA wants to support competition, innovation and growth in the sector.

That aside, Georgiades sees the FCA as fostering a “bombardment of regulation.” While it aims to improve conduct and conditions for consumers and businesses, he says it tends to encourage consolation, reducing competition and increasing premiums.

“A lot of the FCA targets are to make products more suitable for consumers and businesses,” he adds, “and if people aren’t innovating, then they will be less suited and less bespoke.”

Georgiades and The Plan Group have struggled to deal with persistent FCA oversight. “As a business owner, rather than just sitting down and being able to focus on growth opportunities, we probably spend half our project time meeting those requirements.”

Meanwhile, Lloyd-John expresses discontent with domicile and post-Brexit issues, as well as contentious regulatory issues in the home and motor space. According to a report from the Resolution Foundation, the post-Brexit trade agreement with the EU will decrease real wages by 1.8% by the end of 2030 – a loss of £472 per worker per year on average.

Lloyd-John thinks that the FCA has the best intentions and posits that more emphasis should be on improving the way brokers and regulators interact. “The regulator’s ultimate ask is if you know something, do something about it,” he says. “Doing nothing is a big no-no in the regulator’s eyes.”

Georgiades agrees with most of Lloyd-John’s sentiment, saying the FCA has the right goal, but not the right way of achieving it. “If they were more proactive in terms of auditing – going out and meeting brokers, sitting down and getting a feel for the firm’s auditing – that would help,” he says. “And if they spent more time following up on complaints and then stating the case and issuing more high-profile rulings, brokers could then take a real, firm kind of guidance rather than kind of slightly bombarding us with the stuff that we have to interpret.”

To be considered for IBUK’s 5-Star Brokerages list, each brokerage was required to provide key details about its business in 2020 and 2021, including revenue, policies written, number of clients and profit margin. To be eligible, brokerages were required to have three or more brokers and be headquartered in the UK. Each brokerage was then ranked according to seven criteria: revenue, revenue growth, profit margin, policies written growth, client growth, number of new clients, and new broker growth.

Brokerages were ranked according to each of the above criteria and all of the rankings were then added together. Akin to a golf score, the lowest overall scored indicated the highest rankings for the brokerages.

IBUK’s ranking system rewards brokerages based on business per broker rather than critical mass, which ensures that the very best brokerages are singled out regardless of size.