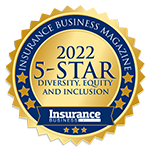 Advancing towards an equitable culture

Diversity, equity and inclusion (DEI) is critically important for the next generation of insurance professionals, and companies that develop the best policies in this area are likely to attract the finest new candidates. Considering what’s at stake, the IBUK team conducted due diligence to determine the 5-Star DEI award winners for 2022. First, we interviewed DEI professionals to gather information on industry standards. Then, upon receiving nominations, we went to the source – the employees of the nominated companies – to gauge the effectiveness of these DEI programmes. Five companies won, exhibiting the type of DEI initiatives bound to draw the brightest, most talented, and passionate employees to the industry.

While we’re proud to acknowledge this year’s exemplars of DEI excellence, there is still work to be done.

“We’re not interested in DEI as a box-ticking exercise but as something meaningful, useful and intrinsic to our organisation”
Clare Talbot-Jones, Talbot Jones 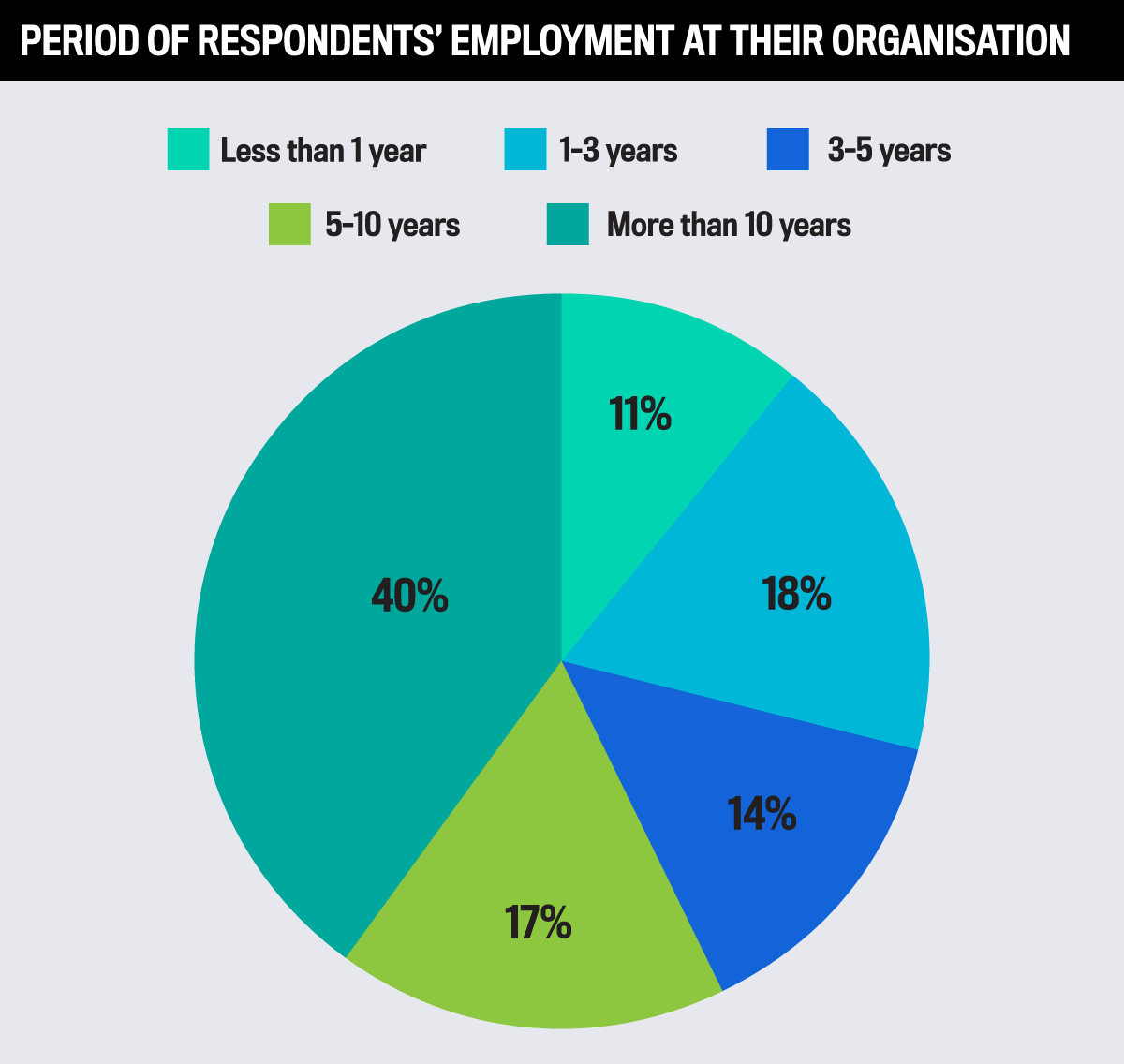 “Although we’re moving in the right direction, we really need to speed up,” says Clare Talbot-Jones, cofounder and director of award winner Talbot Jones. As an example, she references the Aviva annual general meeting (AGM) in May, where shareholders criticised Aviva CEO Amanda Blanc, saying she wasn’t the “right man for the job”.

“The disgusting, misogynistic comments at the recent Aviva AGM, as well as two acts of abuse towards fellow women in insurance that I’ve witnessed in the last week, show that while policy is changing, practice and perspectives still need to change,” says Talbot-Jones. “This applies to all kinds of diversity, not just gender. I’ve been delighted to see some recent progress in how language is used within insurance to be more inclusive. Words matter because they help shape our thoughts. We need to be open to change and proactive in making it happen.”

DEI in the UK insurance industry

Talbot-Jones also cites some favourable numbers in the insurance industry – for women at least. Women fill 29% of board roles. But while Black, Asian, and minority ethnic professionals hold 10% of entry-level positions, they only account for 2% of executive and board roles. She also says that the COVID-19 pandemic has kept women and people of colour (POCs) from advancing in their careers.

Meanwhile, Stephanie Ogden, managing director of HDI Global SE, UK and Ireland – another award winner – counters Talbot-Jones on the issue of the impact of the pandemic on DEI. “We are starting to see more of a margin between those who take it seriously and prioritise it in their business agenda and those who pay lip service,” she says. “The pandemic was a catalyst for this. I hope this continues.”

Zara Kreimeia, people and office manager for award winner FloodFlash, echoes Ogden’s views regarding COVID, while also citing the Black Lives Matter (BLM) reappearance as a driving force for change. “Big movements in our recent history, such as lockdowns and BLM, have spotlighted DEI as an important factor all employers need to consider and have a realistic plan for,” she says. “The pandemic and resulting lockdowns put a huge focus on the [long overdue] need for flexible working, enabling more people to work in ways that suit them.

“The BLM resurgence of 2020 made a lot of CEOs and their employees acutely aware of how unrepresentative a lot of companies really are. It’s led to a lot of great conversations and some action, but much more is needed to understand and work towards true representation.”

Kreimeia’s colleague Ola Jacob Raji agrees. “In general, diversity and inclusion in the UK insurance sector and London is aesthetic [and] without any real action from my perspective,” he says. “It’s really necessary to encourage the emergence of diverse young champions who are not afraid to push for change.”

Kreimeia adds that there are now one million more disabled people at work than there were five years ago, but people with disabilities still encounter many barriers to participation in the workforce.

“We need to work harder to get our vacant roles in front of more marginalised groups, to ensure the ‘same people’ aren’t always employing the ‘same people’. This prevents us falling into the traps of legacy thinking”
Zara Kreimeia, FloodFlash 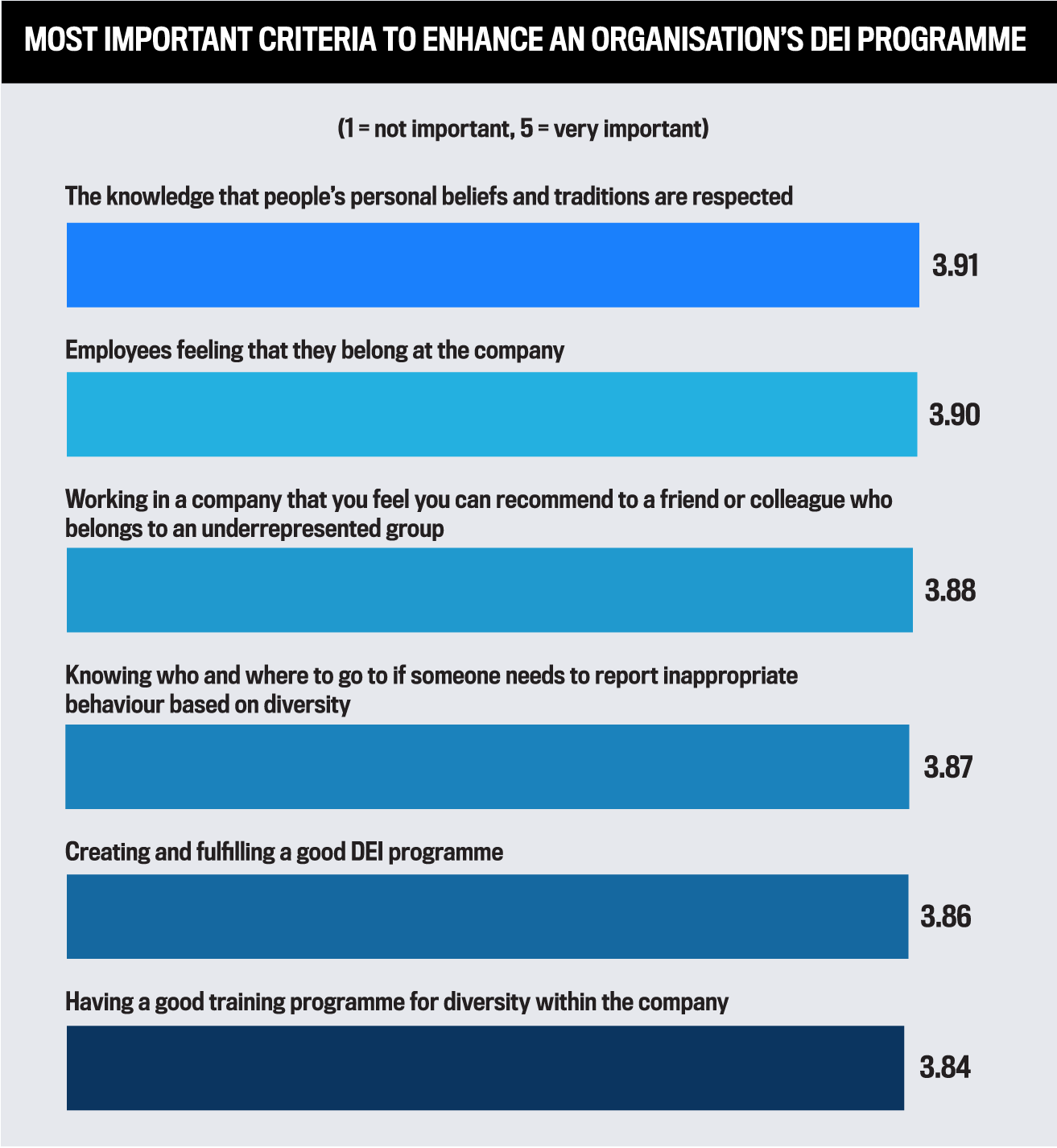 What’s working and what isn’t

The IBUK team asked the representatives from Talbot Jones, HDI Global SE, and FloodFlash which three elements of their DEI policies were working and which three were not so effective.

Of the positives, Ogden noted trusting employees to utilise their flexible working policy, striving to have best-in-class DEI policies, and maintaining a diverse DEI committee. The challenges, she says, are “keeping the momentum up and not allowing ourselves to think we are sorted, making our workplaces disability friendly, and setting challenging targets across all areas of DEI”.

Meanwhile, Talbot-Jones says her company’s first strength is recognising the value that DEI brings to the workplace. The second strength is a genuine interest in learning, being challenged and being open to harnessing different perspectives. “We’re not interested in DEI as a box-ticking exercise but as something meaningful, useful and intrinsic to our organisation,” she says. Lastly, she says they’re also dedicated to sharing their experiences outside of their company.

What about the challenges? “As a young, small organisation, we benefit from being flexible and agile and can seize opportunities that present to train the team,” she says. “As we grow, however, we’re looking at ways of continuing to benefit from that culture while also creating a more formalised DEI programme.

“We are also keen to have more representative ethnic diversity within Talbot Jones. We’d love to have more suggestions about how we can attract talent and market our upcoming technical role to a wider demographic.

“I’ve also been challenged by a peer to look at how we can build on the work we’ve done to more proactively engage with and support our clients, and how we can influence insurers around their DEI practices.”

Meanwhile, FloodFlash is proud that DEI is embedded in its culture and helps drive new policies, such as job role transparency. “We’re open about the salary bands on our job roles – roles without salaries are shown to dissuade women and POCs from applying – and ask for candidates to consider the outcomes we’re looking for, rather than specify the level of education or experience we want an individual to have,” says Kreimeia. The company also uses a standardised, structured values interview as part of its recruitment process, regardless of role and seniority level.

Then, there are the difficulties. “One of the key challenges is to bring the policies to life – less talk, more walk,” says Kreimeia. “We need to work harder to get our vacant roles in front of more marginalised groups, to ensure the ‘same people’ aren’t always employing the ‘same people’. This prevents us falling into the traps of legacy thinking.”

Raji says: “For me, it’s massively important to share what we do well more. I prefer to focus on successes because this provides positive evidence of diversity working. I’ve worked in insurance for 10+ years, and it's truly a breath of fresh air to work in an environment that celebrates different cultures and judges you only based on results and work ethic. I love working in what has become a small community.”

“In general, diversity and inclusion in the UK insurance sector and London is aesthetic [and] without any real action from my perspective. It’s really necessary to encourage the emergence of diverse young champions who are not afraid to push for change”
Ola Jacob Raji, FloodFlash

IBUK also asked the contributors to identify any other DEI issues they thought were being overlooked.

“The most significant form of discrimination is economic disablement, and that’s what slows down the momentum of change in the UK compared to the rest of the world,” says Raji. He cites the peril of flooding as an example, where marginalised communities are much more likely to live in flood zones, both in the UK and around the world.

“It’s well documented that they are hit harder by flooding because of the relative risk levels, lack of insurance availability, and lack of capital within those communities to recover. We aim to democratise flood insurance to help those at higher risk, including those communities,” he says.

“To [fight for] DEI, you need to empower communities lower down on the economic spectrum – not just in hiring and supporting, but also in what products they can buy. In the world of insurance, that means educating communities on the benefits of insurance and making the products they need available to them.”

Meanwhile, Ogden says that while some progress has been made, it hasn’t been as significant as others have reported. “The industry has such a long way to go,” she says. “However, when I see friends and peers choosing their future employer based on the DEI culture of the business, this makes me happy and tells me that we are at least on the right path.”

“The industry has such a long way to go. However, when I see friends and peers choosing their future employer based on the DEI culture of the business, this makes me happy and tells me we are at least on the right path”
Stephanie Ogden, HDI Global SE, UK and Ireland

To determine the insurance companies with the most effective DEI programmes, the Insurance Business research team first invited firms to share the DEI initiatives they have focused on over the past 12 months. During a 15-week process, the team conducted one-on-one interviews with DEI professionals to gain a keen understanding of the industry standards for DEI and find out which companies have met or exceeded these expectations. After receiving nominations for DEI initiatives, the team reached out to the companies’ employees to gauge the effectiveness of these programmes. The companies that scored 4 or higher on a scale of 1 to 5 were recognised for having 5-Star DEI programmes.