Before any business plan is written, any investments planned, or any operational procedures put in place, all that exists of an entrepreneurial venture is an idea and the ambition to see it through. When Hamilton Fraser first hit the market as a start-up insurance brokerage in 1996, it was founded on the premise of working closely with affinity groups and associations, rather than individual consumers noted co-founder and group CEO Eddie Hooker (pictured above).

The firm quickly established itself along two key product lines – serving the private rental insurance market and the aesthetic insurance market. It might not seem at first glance that there’s any through-line between those two disparate industries, he said, but, in reality, they neatly coalesce under the ambition at the heart of Hamilton Fraser – to professionalise traditionally unregulated industries.

Since first-doors, the broker has seen remarkable growth, hitting the big time when it won a government contract to run a tenancy deposit protection scheme, the first of many such contracts. Paul Shamplina (pictured below), chief commercial officer at Hamilton Fraser and TV star of ‘Nightmare Tenants, Slum Landlords’, highlighted that the firm now acts for half a million landlords, 20,000 letting agents and 12,000 practitioners. Now the team is celebrating its 25th anniversary, an occasion marked not just by a large scale celebration but also a reflection on where it all began.

“From day one, the cornerstone of everything we’ve done has been about raising standards,” Hooker said. “And when I look at Hamilton Fraser, I see us more as a distribution company of services, we’re there to protect our customers and to prevent them from getting themselves into regulatory problems. So, we do a lot of education with our customers to make sure they don’t fall foul of the law but if [something does go wrong], we’re here to help them and make sure they are compliant. It has really been an amazing journey.” 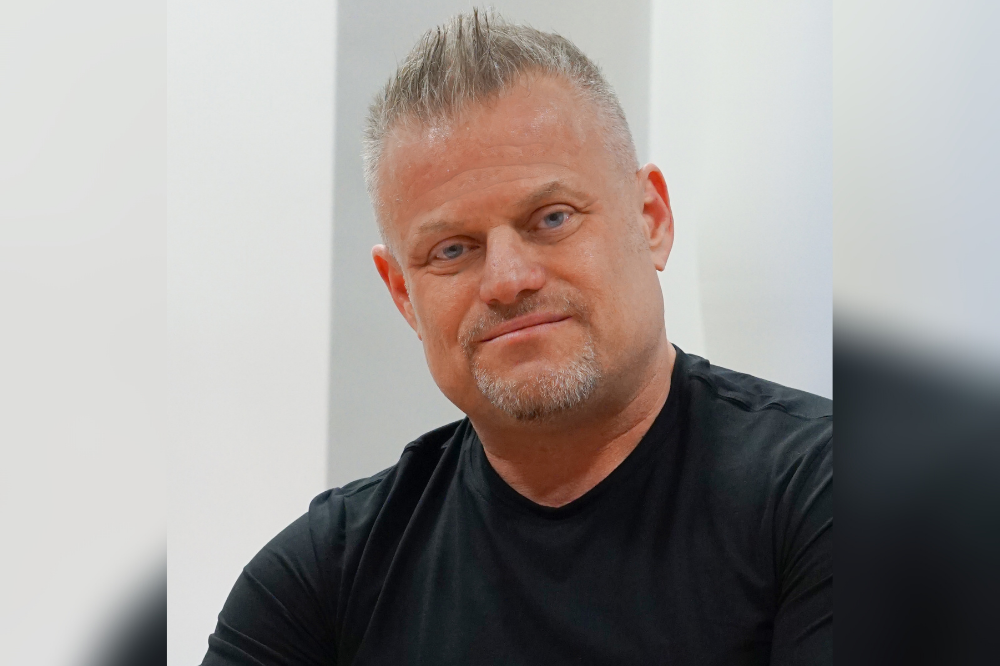 Balancing the demands of ensuring business growth and profitability with the conviction that the role of an insurance broker is to help make better businesses and better people might seem a daunting task. But Hooker has relished every opportunity that has come his way over the last two and half decades. He cited Shamplina’s work in engaging the wider rental market in active debate and discussion on standards, where the industry is going, and what market players need to be on the lookout for.

Shamplina noted that it was this education piece, as well as his close friendship with Hooker, that drew him to his current role. Having a real passion for keeping people up to date with all the changes in the marketplace and showcasing the unique brand proposition and range of services available under this one brand had been a rewarding endeavour, he said, and the change that Hamilton Fraser has managed to enact is particularly impressive.

When a business first sets out its ambitions in the very early days of its inception, it’s hard to say exactly how many of those will be fulfilled but, since its inception, the Hamilton Fraser team have seen genuine change across both the private rental space and the aesthetics industry.

“In 2006, before we launched MyDeposits [a government-authorised tenancy deposit protection scheme] 20% of tenants felt or had their deposit unlawfully withheld by their landlord,” Hooker said. “And those tenants had to go to court in order to get their deposit back from their landlord or letting agent. You can imagine that you’re a young student, the last thing you want is to pay to go to court - but when we launched MyDeposits, within two years, that number had dropped to 3%.

“So, that’s an example of how we have changed the private rental sector for good. It’s the same with redress - consumer landlords and tenants using a letting agent now have somewhere to go, if that letting agent provides them with poor advice, unfair fees etc. They can now come to us, and we’re the largest redress player in that sector in 2021. We’re cleaning up the market, and this extends to the cosmetic malpractice area. Because of Hamilton Fraser, the Botox boom was allowed to happen. Botox, filler and most treatments would never have been able to gain traction in the UK if firms like us had not provided the right insurance to ensure that if the practitioner made a mistake, the patient had somewhere to go.”

Looking back, Hooker stated he was immensely proud of all the changes that Hamilton Fraser had made to the broader landscape but emphasised that these do not rest solely on the shoulders of himself or his senior leadership team. The firm comprises around 200 people, he said, and they are some of the most “knowledgeable, energetic, talented people I’ve ever had the pleasure to work with”. He has loved bringing in enthusiastic young talent who have just left school or university, he said, and seeing them build up their knowledge and develop their careers.

“When we had our [25th-anniversary celebration] it was the first event for our people after COVID and when I stood up to do my keynote speeches… what struck me as I was gazing out at those 200-odd people, what gave me real pleasure was that I was looking after those people’s livelihoods, families and futures in a lot of cases. So, it’s not about the numbers, or how many disputes we deal with, it’s about those people,” he said.

“Outside of my office, I’ve got a poster showing every single member of staff’s name that ever worked in this business since the day we opened our doors in 1996. And that is what makes me proud – those people. It makes me proud that I’ve achieved something with my life, that’s how I feel right now.”