Standards. Professionalism. Trust. The Chartered Insurance Institute (CII) has dedicated itself to driving confidence in the power of professional standards, and an understanding of the imperative of customer centricity within the insurance industry since its inception in 1912. Yesterday, the CII took its next step in these ambitions with the launch of a new Chartered title for managing general agents – the Chartered Insurance Underwriting Agent, with the support of the Managing General Agents’ Association (MGAA).

Peter Staddon (pictured above), managing director of the MGAA, outlined how the conversation about this status first started in 2013, taking its first steps to becoming a reality in 2016, and that it has been warmly welcomed by the MGAA board. Speaking with Insurance Business at the launch event, Staddon detailed how delighted he is that the title is now available for MGAs.

“The MGA sector is so important,” he said. “And it needs true recognition. And this goes some way to showing that, so all credit to Sian and her team for doing that.”

President of the CII, Sian Fisher (pictured below), also stated her appreciation that the new title has been launched. Whenever there is a process to achieving something, she said, it is a relief when it comes together and she detailed how this has been a collaborative activity from the start. She highlighted how her own personal prior involvement with the MGAA has made this a project she has felt highly personally engaged with, and that it has been great to see it come to fruition.

Looking to the history of those working within the delegated authority space, she said, it is clear that they sometimes felt that they were treated by the insurance sector a little bit like second-class citizens. The truth of the matter, she outlined, is that the classes of businesses underwritten by MGAs are very often highly specialist and quite technically difficult and what they bring to the insurance sector is unique. 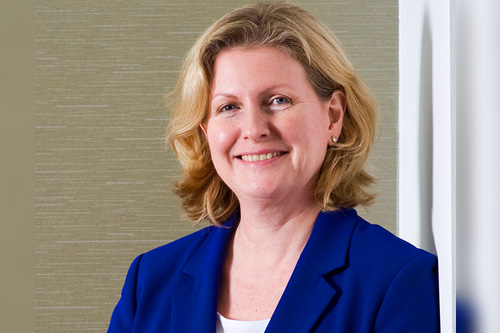 “You often find,” Fisher said, “that if it wasn’t for the MGA expertise in particular areas… there would be a real shortage of capacity in those classes. And I think that what people within the MGA sector feel is that they deserve parity of esteem with insurers and with established insurance brokers in the market, and hopefully this is all part of that process.”

Staddon outlined how the interest of international organisations in setting up in the UK as an MGA is a sign of the gravitas that this sector possesses, and that this should be highlighted and celebrated.

“Without insurance, a business could not operate, and people seem to forget that core – that we are there to help people,” he said.

Discussing how the Chartered Insurance Underwriting Agent title came about, Staddon said he asked MGAA members about five years ago about chartered status and whether they would like a title that reflects what they do. It was a case of the silent majority, he said, whose desire for this status became clear when the initiative was first underway. The membership was there, he said, and they wanted something to reflect their importance and their skill and their knowledge.

Staddon detailed how, at the MGAA Meet the Market event recently held in Leeds, he had a great opportunity to speak with MGAA members about what is on their minds and their agendas. Such events are an opportunity for people to raise the problems not significant enough to warrant a direct phone call or an email, he said, and it highlighted the significance of organisations engaging with their membership.

Reflecting on this level of engagement, managing director of Simply Business MGA, Philip Williams, outlined how supportive he is of the CII’s initiative which has given him an opportunity to achieve a title that reflects what he actually does instead of the generic status of ‘Chartered Insurer’. Simply Business MGA was one of the three MGAs which received the title of ‘Chartered Insurance Underwriting Agent’ at the event, along with Manchester Underwriting Management and Geo Underwriting. Williams also had the honour of being the first individual awarded this title at the launch.

Williams said he is proud to be a professional and pleased that this title matches the commitment of his business to a code of ethics both towards its staff and the sector generally. Looking at the impact of this title on the business itself, he believes a huge wave of change is coming regarding what skills that are required in underwriting.

“Having people who are committed to continuing their professional development is incredibly important,” he said. “And this is one of the ways that you can wear that badge with pride.”