At first glance, the similarities between the Mars landers, and the fraud detection and claims automation services of Daisy Intelligence may not appear obvious but there lies a strong parallel – a shared utilisation of truly autonomous systems. It is a natural comparison for the founder and CEO of Daisy Intelligence, Gary Saarenvirta (pictured above) to make, considering his master’s degree in aerospace engineering and his work in a range of industries  – including a stint running IBM Canada’s data mining and data warehousing practice.

He founded Daisy Intelligence in 2003 and has led its development from a start-up to where it is today - a venture that has written millions of lines of code and worked with over a dozen insurance companies over the years to bring new fraud technologies to the market. Now the firm is fixed for even greater growth, having recently onboarded Chris Andrew (pictured below) as its UK-based global head of insurance, in line with its ambition to expand its geographical reach and access new markets.

“I think we’re the first company [in this space] to really have a vision about autonomous decision-making, which means no human in the loop,” Saarenvirta said. “Our vision is to help insurance companies autonomously detect fraud and automate claims as much as possible…. We want to be the market leader in bringing autonomous decision-making to insurance around fraud detection, claims automation - as well as underwriting, which is something we’re looking to get into as well.”

The phrase autonomous is often used too liberally. It is generally the case that when companies refer to ‘AI’ what they really mean is predictive analytics, which is just statistical analysis. To become truly autonomous, he said, you have to have a different type of technology. The recent Mars landers which have landed on Mars with no human being behind the joystick are an example of a truly autonomous system, and the closest comparison Saarenvirta can make to the work being done by Daisy.

“It’s called reinforcement learning where the system learns on its own,” he said. “We use many different techniques - we have a mathematical theory of risk, that’s independent of the data. The world seems to think that you have the right data, it must explain how the universe works. But that’s not the way science works.

“Scientists come up with a theory first, independent of any data and then they test that theory by collecting the relevant data, then reiterating it to make it better. That’s our approach – we’ve taken the scientific method route rather than saying, ‘I have this data, therefore, it must explain the way things work.”

Daisy Intelligence has created a theory of risk that simulates what impact a decision will have, without relying on historical data. For example, what price should you charge for a policy? Should you pay a certain claim or is it fraudulent? That’s the sequence of decisions that determines the profitability of an insurance company, he said, and what the firm’s technology does is optimise that sequence based on its risk theory. 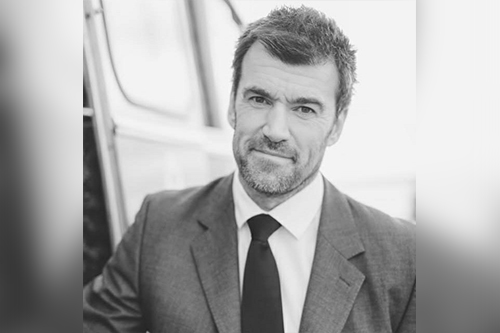 The impact that COVID has had on insurance companies seeking out more innovative services has been marked throughout the insurance ecosystem and Andrew noted that Daisy Intelligence has correspondently seen a rise in inbound requests and market conversations over the last year.

“I definitely think that some insurers are looking for something different,” he said. “And they want to move at a certain pace and they [seem] to have more appetite to work with insurtech companies, because they typically have that agility and innovation. And we have all those attributes and more and we also have a real differentiation piece in what we do, because most of the industry is in that predictive analytics space, whereby they’re relying on the fraud they know about rather than the fraud they don’t know about.

“They can’t really pivot to identify the latter, whereas our technology can pivot and identify new and emerging frauds as they’re occurring. And that reactive response, rather than proactive response, which the industry has had for decades is no longer a sustainable or acceptable business practice.”