How the QIC Action Group was formed

The FCA business interruption court case has dominated headlines throughout the insurance industry since the financial watchdog first commenced its claims in the High Court on June 09. With the COVID-19 crisis shining a spotlight on policy wordings across the sector, a number of action groups have been formed to represent businesses which feel that the denial of their claims in light of the pandemic has been unjust.

The QIC Action Group (QAG) is a volunteer-led organisation for businesses whose coronavirus-related BI insurance claims have been denied by QIC Europe and its agent Eaton Gate MGU. Speaking with Insurance Business, Cliff Nicholls (pictured below), MD of UK trampoline park Jump Xtreme and chairman of the litigation committee of QAG, highlighted the series of events which led to the creation of this action group. 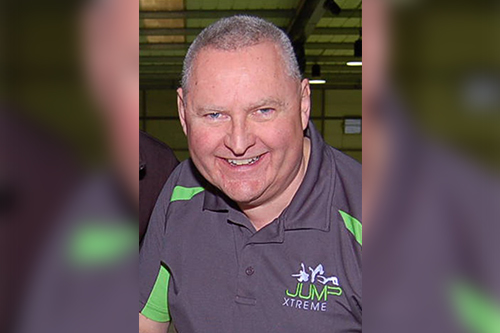 “Around the end of February, we were starting to see the impact of COVID,” he said, “so I wrote to our broker, having dug out the policy and looked at the business interruption cover and asked them the question, having highlighted the relevant parts of the policy, whether we would be covered. And they replied back saying ‘yes, we think you are covered subject to COVID-19 becoming a notifiable disease (which it wasn’t at the time) and if there’s an outbreak within 25 miles of your premises, then yes, you’re covered for three months’. So, I went into that March period thinking that, ‘OK, this is going to be bad news but at least we are covered’.”

In mid-March, when business had tailed off very significantly, Nicholls said, and COVID had become a notifiable disease, Jump Xtreme was likely one of the first to submit a business interruption claim. This was brought forward by its broker to the underwriters and, in the interim period, the business was forced to close. A few days after this closure, there was a reply from the claims adjusters working on behalf of Eaton Gate which said the claim was going to be denied.

At this point, Nicholls was aware of the challenge that lay ahead and contacted Ben Pilbrow (pictured top), the partner at Shepherd and Wedderburn who is now representing QAG, for his initial opinion on the policy. Pilbrow’s reaction to the policy was similar to the broker’s original opinion, that it should offer cover, and from there the group sprang into existence as Nicholls understood that there would inevitably be many other policyholders in exactly the same boat.

“We came to the realisation that it would be better to fight this as a group,” Nicholls said. “By this time, the Hiscox Action Group was making quite a bit of noise and we thought that would be a good route to go. And so, the QIC Action Group was formed.”

Read more: "Many businesses feel betrayed by insurers… and they're losing faith in the industry"

Working with Nicholls and the other members of this group, Pilbrow has seen first-hand the impact that the denial of business interruption claims caused by the COVID-19 crisis has had on so many businesses and noted that many of the insurers involved have been clear in their replies, but vague as to how they have reached these decisions. Businesses such as Nicholls’ have been highly proactive in looking for results, he said, and in looking for answers to their questions.

“The FCA test case is very unusual from a legal perspective,” he said. “It’s unusual to see a case go forward in which the claimants have no [personal stake] in the result… From my perspective, this caused the early conversations we were having to change very dramatically, almost overnight.”

Pilbrow’s initial supposition that QIC was too small an insurer to warrant inclusion in the FCA case was proven correct. However, he noted, it quickly emerged that the RSA policy being examined mirrored the wording that the majority of businesses within QAG had highlighted. The obvious link was that this RSA policy was administered by Eaton Gate, as was the QIC policy.

Moving forward, Nicholls expects that the fight is far from over and said that it is more important than ever for affected businesses to get involved and to throw their weight behind this group action. Though it does not appear to be the case for QIC Europe, he said, for some insurers these lawsuits are fights to the death, and the question is how long this process may be drawn out.

Nicholls can see a situation where, in September, if the judgement in the FCA case is favourable to the insureds, then it will almost certainly end up going to appeal. And if the appeal is favourable and the group has a waiver it can show to QIC and say that the insurer is bound by this, then there will likely be a whole fresh batch of arguments about the quantum element of these claims which could feasibly lead to further court action.

Pilbrow highlighted that there is a very strong human element to both sides of the equation. On the one side, it is important not to forget businesses such as Nicholls’ which have been struggling to survive throughout the lockdown. But it is also essential to remember that this a time of significant challenge for the insurance industry, with these cases going to the very heart of the sector, Pilbrow said, and he wonders what impact these events might have on government involvement in the industry if the FCA test case goes against the insurance sector.