As the CEO of Pool Re, Enoizi (pictured above) has presided over the repositioning of the reinsurer, including the renegotiation of Pool Re’s relationship with HM Treasury, the purchase of the world’s largest terrorism retrocession programme, the launch of the world’s first terrorism Catastrophe Bond and a significant investment into a partnership with the Home Office in respect of risk mitigation projects. Pool Re is also recognised as a central sponsor of thought leadership initiatives and international collaboration with similar national level terrorism (re)insurance arrangements around the world.

Enoizi is a multi-lingual lawyer who has practised internationally and is an active speaker at international conferences, advocating the necessity of public/private partnerships and international collaboration in combatting the difficult-to-insure perils facing the world today. He sits on the advisory board of the OECD International Network on the Financial Management of Large-scale Catastrophe and the CBI’s Financial Services Council. He is also a Freeman of the City of London and was appointed a visiting Professor at the University of Cranfield in 2018.

Commenting on his appointment to the role of president of the IIL, Enoizi said he feels humbled and highlighted that under [Anthony Baldwin]’s presidency, the IIL swiftly moved to an almost completely virtual learning environment over the last year. He said he looks forward to working with Lay and the wider institute to embed this new and increasingly popular programme of digital events throughout 2021-22.

“The CII and its institutes play a unique role in unifying and cultivating our industry, and as the largest of these Institutes, the IIL occupies a position of responsibility during what I believe to be a defining moment for the insurance sector,” he said. “My theme for this year is putting a ‘Premium on Change’; finding new ways to insure the most acute risks facing society today by embracing diversity, renewing our commitment to R&D, and forging bolder partnerships with other industries and the public sector to unlock the collective investment we need to secure our industry’s future.” 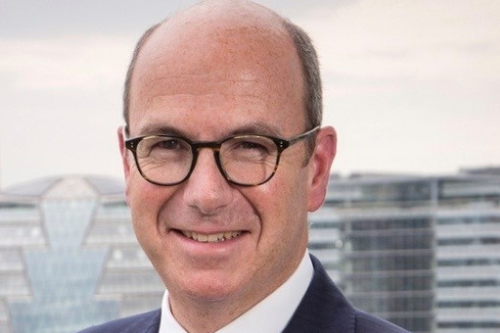 Meanwhile, Lay (pictured directly above) who will take on the role of deputy president has had a 30-plus year career with Marsh, during which he has undertaken a variety of senior leadership positions globally. He is an associate of the Chartered Insurance Institute, and a Chartered insurance practitioner as well as a member of the executive council and deputy president of The Insurance Institute of London. Lay also also serves on the president’s committee of The CBI and the leadership council of The CityUK.

Commenting on his appointment, Lay said he is delighted to take on the position and to have the opportunity to serve the IIL and support its vital work. He thanked the vice presidents and the council for his election and Baldwin for his excellent leadership, as well as offering his congratulations to Enoizi regarding his election.

“At this time of immense challenge and opportunities,” Lay said, “our industry has a critical role to play in ensuring we can capture the possibilities ahead. I look forward to working with the members and council to maintain the vibrancy and success of the institute.”