The evolving proposition of successful MGAs 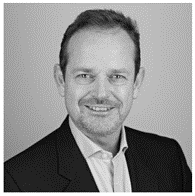 The MGA sector is widely renowned for its ability to blend traditional insurance practices with innovative solutions. The COVID-19 pandemic, however, has created an uncertain economic landscape which requires every business to prove their value, as well as their capacity to adapt, and MGAs are no exception. With further capacity restrictions on the horizon, MGAs must be prepared to highlight their value to carriers, and thus ensure their continued evolution.

At a recent Managing General Agents’ Association (MGAA) webinar on ‘How to be a streetwise MGA in a changed world’, Bruce Carman (pictured top right), the chief underwriting officer at Hive Aero noted that a “streetwise” MGA is fundamentally one which is working on behalf of carriers in a cost-effective way.

“Unless we’re going to add value, we don’t have an existence, in my view. So, we have to do something different. We have to be effective, we have to be efficient and we have to be profitable,” Carman said. “One of my key drivers is that this should always be a profit-derived relationship. If it’s not profitable then you should question your longevity in this and how long you might be employed by the carriers you’re working on behalf of.”

Charles Rowley (pictured below right), director at DA Strategy, believes that for MGAs, adding value is a deeply complex question as this is an ever-changing environment and very much depends on what kind of MGA the business is, what class of business it operates in and who its carriers are. In the old days, he said, MGAs were often seen to fall between two different areas – one more distribution focused and one more underwriting orientated - but that is a vast simplification of an MGA’s offering. 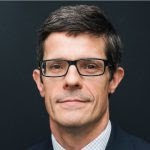 “Those are definitely two key aspects that a successful MGA has to deliver to its carrier so that an underwriting profit can be delivered,” he said. “However, there are all sorts of other reasons that a carrier will approach an MGA and want to do business with an MGA. It’s not just about distribution or underwriting expertise, it can often be about portfolio diversification – i.e. how do I diversify my portfolio to increase my capital efficiency?

“It can be a cheaper way to underwrite a business. I think, as many know, it’s expensive for carriers to hire teams of underwriters in specific areas of business, and MGAs can often - particularly for those smaller carriers that are growing their portfolios - prove a much cheaper and more flexible alternative for carriers.”

Another area where MGAs can prove their proposition is in access to innovation, Rowley said. Some carriers are, by their own admission, pretty slow at developing new systems, new IT and in using technology to get into some of those new markets and the insurtech arena. He believes that this is where that MGAs can add a lot of value to insurers by demonstrating what some of these new innovative IOT devices and initiatives can deliver for them.

Finally, he noted, MGAs can provide better service and systems than the carriers themselves. The COVID crisis has demonstrated this, with MGAs having coped better with their remote working, their agile systems and their up to date structures than many carriers. Some carriers have had to rely on call centres which have often, unfortunately, fallen short. The pandemic has been a situation in which MGAs have been able to highlight real value and support for their clients as their nimble streetwise approach has adapted well to adversity.

“Overall,” Rowley said, “I would say that for an MGA to really get to grips with the value they’re adding to their carriers they need to understand and develop close relationships with each carrier and understand ‘why?’ Why is that carrier working with my company? Why is that underwriter working with my company? It may be that your business has a number of carriers who work with you for quite different reasons. Therefore, identifying what is driving this relationship in a pragmatic way is going to help add understanding and allow MGAs to deepen that relationship with the carriers in what is now a strongly hardening market, a harder place to get capacity.” 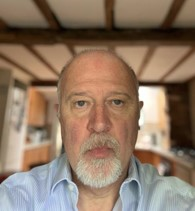 Being a “streetwise” MGA is an amalgamation of all these factors noted Martin Roffey (pictured right), executive director of Willis Re – Alternative Distribution Operation, and a successful business must prove that it has expertise, that it has distribution and that it is capable of adding value to the value proposition of any insurer. This is the case whether or not the insurer feels that they already have that expertise themselves.

“As a general rule,” Roffey said, “what you’re trying to do is to create a streamlined and more specific structure that enables the insurer’s brand to be more thoroughly recognised, and, if you do the job properly, to produce better profits for all concerned.”