Tim Campbell: from The Apprentice to insurance – with a vital message 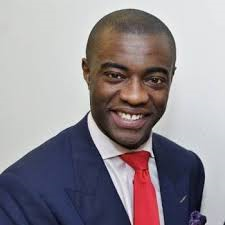 Sometimes to learn and grow – both as an individual and as a business - you have to be willing to listen to contrasting points of view. To take feedback from those who offer a different perspective, and who bring alternative experiences to the table. But being told to do things differently is sometimes a tough pill to swallow, even if, ultimately, that might be key to taking your career or company to the next level.

That advice then becomes much easier to take when it comes from a person with genuine authority – someone who has proven their methods work with an outstanding career of their own. That’s why when the Insurance Cultural Awareness Network (ICAN) presents Tim Campbell MBE (pictured) as its keynote speaker for the Ethnic Diversity: Enabling Confident Conversations event at the Dive-In Festival, which involves the likes of Aon’s Dominic Mignon, PWC’s Dara Kirton and Synechron’s Natalia Zurowski, the room is sure to be packed.

“The conversation around D&I is something I have been dealing with for five-six years,” he told Insurance Business. “It started around social mobility and looking for talent in its most diverse form. Then there is the ongoing conversation about how they can scale through the organisation and be their true self. That led me to Pauline Miller [head of talent development and inclusion at Lloyd’s of London], and we had a conversation about Dive In.”

Campbell, who shot to fame as the inaugural winner of the hit TV show The Apprentice and subsequently spent several years under the tutelage of Lord Alan Sugar, boasts a remarkably diverse career of his own. He notes that he has been in a “really privileged position” with the experiences he’s had which include setting up companies to work in the public sector, founding the highly successful Bright Ideas Trust enterprise charity, spending time alongside now Prime Minister Boris Johnson as his first Ambassador for Training and Enterprise when he was Mayor of London, through to most recently taking the role of head of client services for international talent outsourcing company Alexander Mann Solutions. What all these experiences have proven however, is that success is about “diversity of thought and what that brings to businesses in terms of engaging customers.”

“It’s not about dictating that companies need to follow a course of action,” he explained, “it’s about identifying how they look at recruitment.

“If you are a smaller insurance company, for example, then the chief executive may be the founder and doing the accounts and doing everything else. They are not going to have a diversity team or gender programmes. But the conversation is about being open to talent no matter where it comes from – disabilities, social-economic backgrounds, etc… they should all have the chance to add to your organisation. People often recruit what they see in the mirror. All we are encouraging organisations to do is to think about the potential of opening their door to something beyond that.”

Campbell insists that the “business case for diversity is proven” and now it’s about making sure that each organisation articulates the value that it can bring.

“The popularity and pledges coming from organisations both large and small shows that people are now starting to see the value that it really brings,” he said. “I interviewed the chief executive of Manpower once and asked him ‘what is it about diversity – we’ve had discrimination laws for centuries, everyone says it’s a good idea to make things equal, but we seem to not be reaching the mark and although we have great campaigns like the 30% Club and the Valuable 500, there still isn’t the movement, at least at a senior level, of people who are given positions of power in senior organisations.’

“He told me: ‘what we need to do is make it a requirement of someone’s performance that diversity is under control.’ If you say ‘you do not get paid unless this gets done’ it immediately focuses an individual. Often, it’s [diversity] not linked to performance in terms of reward. When it’s tied to reward and the value is measurable those things get done.”

So, are quotas the way to go?

“Targets are what people should focus on because businesses are used to them,” Campbell said. “They are used to them around revenue generation, sales, calls made, etc. It is normal language within a business environment, and it needs to be reflective of their size, industry sector, etc.

“For example, we do work with companies in Manila and Krakow. It would be tough to say the diversity targets in those areas should be the same as those in the UK. So, it would be silly to say all organisations should have the same quota.

“What should happen though is that each firm should look at their specific parameters and their functions as a business and set rational but stretching targets that help them get to where they want to get to. It should be relevant to what the organisation wants to do. So, I am not for quotas - but I am for setting targets to get that business to change positively.”

Campbell is himself of Jamaican descent – noting that his mother was a “strong disciplinarian” whose focus for her three children was to “work hard, and put the effort in.”

“She grew up in a time with more overt signs of racism – signs saying: ‘no Irish, no blacks, no dogs,’” he said. “She took that experience and built resilience in us as children. I have taken what can be construed as discrimination to make me work harder.

“Have there been times when I have been discriminated against? Probably. Have I let that impact my development? Definitely not.”

Campbell, who battled back from his own diagnosis of cancer several years ago, is determined to build a better future for his two children but he admits that “to eliminate discrimination is virtually impossible.” However, he states that organisations need to be held to account and there needs to be more talk about what those unconscious biases are and how they can be removed. The issue of race, for example, is perhaps one that companies feel less comfortable talking about and addressing than the gender issue.

“It’s harder to have a discussion about the potential areas of discrimination outside the gender issue,” he said, “because everyone in the conversation has a woman who is relevant in their lives – mothers, sisters, etc. However, that energy and those processes and systems can be extended to every other personal characteristic. Just change ‘gender’ in the conversation and replace it with another characteristic and the same effort should be possible.

“Many people find it hard [to talk about race] because they are afraid of offending, etc. But I don’t see it as any different from talking about the MeToo movement and men saying they’re afraid to talk to women. It’s just a cop out.

“What we want organisations to do is look at how they attract, retain and promote people and ask themselves if they are inclusive to everyone.”