What makes a great male ally in insurance?

The spotlight is increasingly falling on the role of inclusive behaviours in the insurance sector, with initiatives such as the recent Insuring Women’s Futures (IWF) proposals generating publicity and support for gender diversity goals. Now, in light of the recent International Men’s Day, Insurance Business caught up with two key figures in the diversity and inclusion sector to discuss the role of male allies in increasing gender inclusivity in insurance.

Summarising the role of male allies in insurance, co-founder of Everywoman Ltd, Maxine Benson (pictured above) outlined how essential the male voice and perspective is in any conversation surrounding gender, especially when it comes to the voices of those in leadership positions who are trying to become more inclusive.

A key significance of male allies, she outlinedm is in role modelling good behaviour and the idea that you can manage your career and other responsibilities.

“In an industry that needs to change, it’s really important that we identify male role models,” she said. “Because you can’t expect more junior employees to change behaviours or become more conversant on why change is happening in a business if they aren’t seeing good behaviour, and it being role modelled by more senior successful men in their business.”

Being an ally means being a role model, said people engagement director at CII, Tali Shlomo (pictured below), when outlining the critical nature of male allies. She cited a report carried out by Boston Consulting Group which found that in companies where men actively support gender diversity, there was a reported 96% progress in this area, compared to 36% progress in companies in which men are not involved. 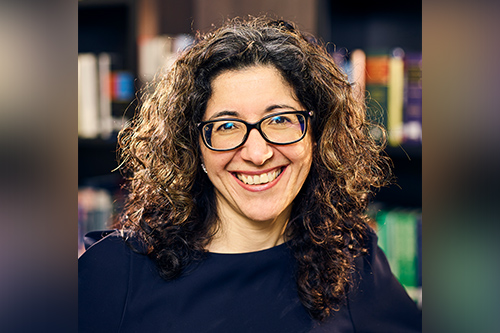 The role of an ally, Shlomo said, is to take the time to walk in somebody else’s shoes and discover their experiences, their insights and their diversity of thought.

If allies are senior leaders in a profession, she said, they can use these insights not only to enable a sustainable, inclusive workplace culture but also to look at their strategic objectives through a different lens.

When it comes to offering support, Shlomo detailed the importance of mentoring and sponsoring women. Acting as a sponsor, she believes, helps on a micro-behaviour level which is essential to increasing gender diversity.

“The beauty of a sponsor,” Shlomo said, “is that they help guide you through the journey and learn to get involved, to participate and to contribute.”

These micro-behaviours can be as simple as inviting somebody you do not know well to come along to an event, she said, and providing them with the opportunity to network and engage with senior and external people.

Benson concurred with the importance of mentoring and sponsoring and outlined the significance of women who are not in senior positions being in the room where essential conversations are being held. A great male ally, Benson said, will be prepared to step forward and advocate for more women in senior roles, and will be very confident about the business case for this decision.

Male allies also have a concrete role in encouraging women to put themselves forward for new opportunities, Benson said. Often women are quicker to highlight why they are not right for a position, she said, and it is important for men to encourage and support them in any way possible.

Shlomo also outlined how it is essential for each woman to invest in her learning, in her confidence and to put herself in situations where she will need to come out of her ‘safe’ environment. This, she said, is aided by the micro-behaviours which can be employed by male allies.

Benefits for men too
Beyond the strong business case for gender diversity in the workplace, Shlomo and Benson both outlined the benefits of inclusivity for men working in the insurance sector. Shlomo outlined how while women tend to be the main recipients and requestors of flexible work and parental leave, the IWF proposals aim to enable men to feel more comfortable taking shared parental leave and flexible work opportunities, without feeling it might impact their careers.

The fear that taking advantage of flexible working will identify them as unambitious is a key concern addressed by both men and women, Benson said. She addressed how, at the 2019 Everywoman in Insurance Forum, 77% of attendees said they felt that flexible working was seen by others in their organisation as a lack of commitment and ambition.

“While there are still statistics like that,” she said, “that is your evidence that from the very top of an organisation… you’ve got to role model the behaviour that you want to see in others.”

Traditionally, Benson said, there was a sense that to be successful you had to display overt alpha behaviour in order to operate within the constructs of the business environment. That didn’t work for a lot of men either, she said, so it’s important to create an environment which supports all different types of people.

For men looking to join the gender inclusivity conversation, Shlomo emphasised the importance of getting involved with employee resource groups, of becoming a mentor or a reverse mentor and of participating in industry events whenever possible. By contributing to the dialogue, she said, “you can start to take action, whatever that action might be.”