Yesterday marked International Women’s Day, a global celebration highlighting the social, economic, cultural and political achievements of women. “I am Generation Equality: Realising Women’s Rights” was the theme of this year’s celebration and Insurance Business marked the occasion by speaking to women working in a variety of roles throughout the insurance sector to discuss the future of gender equality and the women who have inspired them.

Read more: CII’s Sian Fisher on the “massive imbalance” in the insurance industry

Chief executive of the Chartered Insurance Institute (CII), Sian Fisher (pictured above), detailed how the organisation celebrated the day with its support of Scottish Widows’ session on personal finance and educating women on their pensions, at the Women of the World festival. Scottish Widows has worked closely with the CII on its Insuring Women’s Futures market taskforce, she said, and the CII was delighted to recently announce the addition of two new signatories, LV= and Openwork, to these IWF pledges.

What Fisher has really enjoyed about speaking to the CEOs and HR heads who have led their companies to signing these pledges is the thoughtfulness behind efforts they are taking to ensure their employees fully understand their financial wellbeing and how their financial life affects them in the long-term.

“Employers can play a really big part in nudging people to look at the right information and get the right guidance,” she said. “And I think there’s a huge willingness to do that… People just need to focus on this and think ‘what are we doing? Are we doing the very best we can, particularly in relation to women who have been an underserved community in the past.’”

Joanna Pullan (pictured immediately below), a director at Romero Insurance Brokers, said that the group celebrated International Women’s Day as a company, and it was something she also celebrated individually. It was a great opportunity to reflect on the achievements of women over the years, she said, and to think about steps we can take to improve even further. She noted that being part of an organisation where women are thought of equally to men, has highlighted to her that this is not the case everywhere. 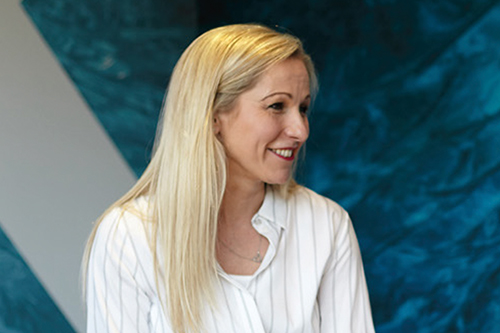 “It’s important to celebrate diversity and equality,” she said, “it helps to demonstrate the great things we can all achieve when we have a wide range of people across all genders, ages and backgrounds working as one team.”

CEO of Pukka Insure, Sam White (pictured immediately below), is always ready to get involved when it comes to supporting other women in the insurance sector, and, like Fisher and Pullan, her ambitions do not centre solely on International Women’s Day itself but also on developing broader dialogues within the insurance sector. From her work with the female entrepreneurship network Women Mean Business and to her continued involvement with the Northern Power Women campaign to accelerate gender diversity, creating genuine inclusion in the sector is a key aim for White. 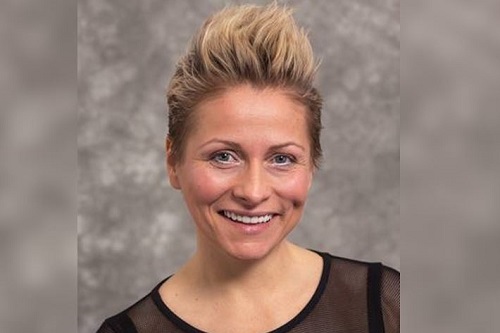 She detailed statistics she viewed recently which found that children do not associate the word entrepreneur with women, and White believes that more work needs to be done with the younger generation coming into the employment pipeline to help these people experience business in a different way.

“I have seen a number of new appointments of senior-level female executives in the insurance industry, which is a positive step in the right direction,” she said, “but I think there still needs to be a lot more work done. You see these isolated, senior figureheads, but I’m not seeing the pipeline underneath them coming through to create genuine equality in the boardroom.”

Overall, White is cautiously optimistic that the sector will become an ultimately fair place for women as long as the embedded behavioural characteristics which have driven inequality are challenged in the right way. Pullan is also optimistic about this and said that she sees on a daily basis that women are becoming more successful, achieving more senior positions and making instrumental differences across their organisations.

“I am sure women will go from strength to strength as they are being given opportunities now that didn’t seem an option in the past,” Pullan said. “We’re seeing more and more businesses prioritising equality and diversity and promoting workplace wellbeing. This cultural shift will create a workforce of engaged, happy and healthy employees – which will help businesses to thrive as their team will have the drive and empowerment to succeed.”

For Pullan, a woman who has been an inspiration to her throughout her own career journey has been Karen Brady as she admires her work ethic and the career journey that she has taken. She is also inspired by the other women working with her at Romero Insurance Brokers, she said, and stated how encouraging it is to work with such a range of supportive and talented women to create a unique and positive work environment.

White detailed a broad range of women whom she credits as inspiring her due to their achievements, from the likes of Hillary Clinton, Helen Mirren and Taylor Swift to the women within the insurance industry who she considers herself so fortunate to be able to engage with. She highlighted Penny Searles from Smart Driver Club and Simone Roche, the head of Northern Power Women, whose support, she said, has enabled her to engage with environments she would otherwise have never known about.

For Fisher also, there are several women whom she heralds as particular inspirations and whose achievements she feels have made marked impacts upon broader society. She is a huge supporter of Inga Beale, she said, and the remarkable bravery she has shown in showcasing diversity and inclusion.

“It’s funny because today it is so accepted to talk about this, but five years ago when she started as CEO at Lloyd’s it just wasn’t talked about… Before Inga came along, the London market’s idea of diversity was somebody from Birmingham and it’s incredible the difference she has made.”

From the Dive In Festival to her work with IWF, Beale has been incredibly generous with her time and her talent, Fisher said, and has worked tirelessly and with complete altruism for the good of the broader industry. Jane Portas is another woman Fisher admires immensely for her incredible knowledge and her personal commitment to helping women to help themselves when it comes to their financial lives.

Huge credit must also go to Barbara Schonhofer of the Insurance Supper Club, she said, who has been plugging away tirelessly at connecting women across the financial services profession for 10 years. Schonhofer has brought round a host of CEOs to seeing the importance of diversity, Fisher said - a role made all the more remarkable by the fact that it was entirely self-directed.